Oil settles up, Brent tops US$76 as US supplies tighten more 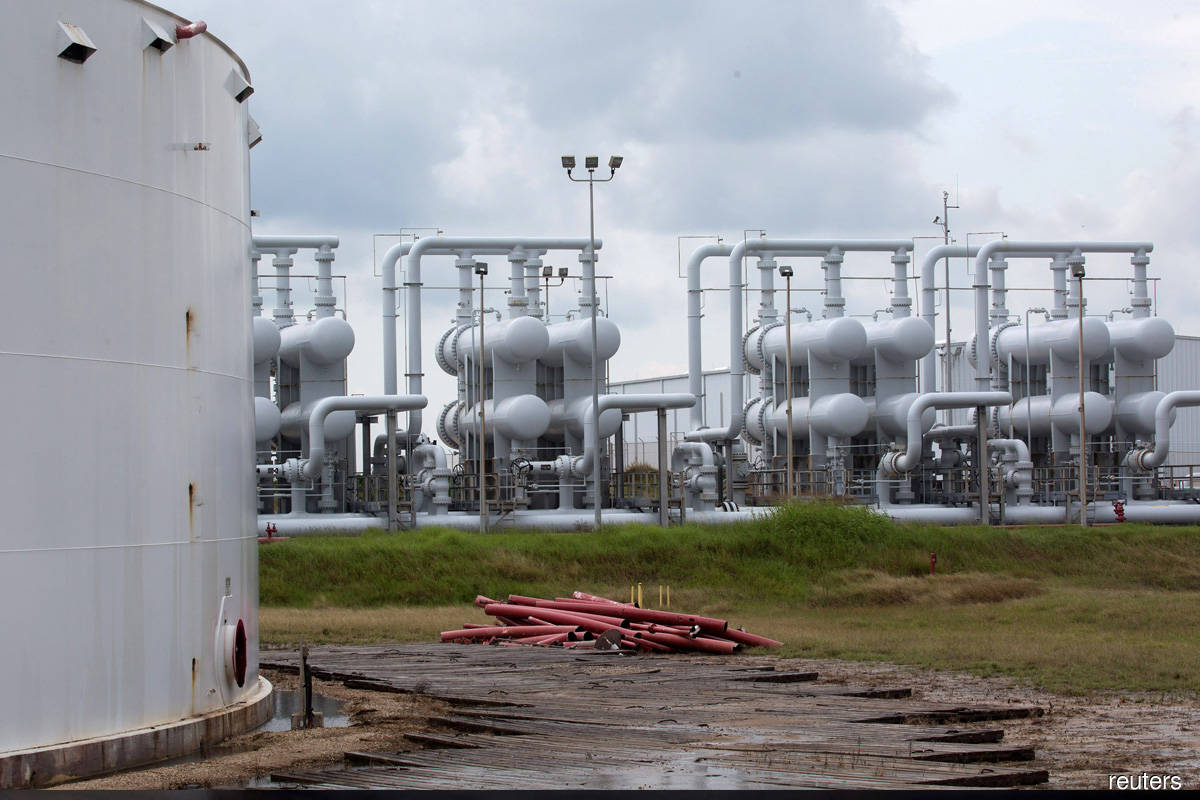 NEW YORK (July 30): Oil prices rose on Thursday, with global benchmark Brent topping $76 a barrel, as supplies in the United States tightened further after shrinking to the smallest levels since January 2020.

Data from information provider Genscape indicated that the inventories at the Cushing, Oklahoma storage hub have continued to draw, traders said on Thursday. Cushing stockpiles were seen at 36.299 million barrels by Tuesday afternoon, down 360,917 barrels from July 23.

The Cushing inventory data came a day after the U.S. Energy Information Administration (EIA) reported that domestic crude inventories fell by 4.1 million barrels in the week to July 23.

"Crude oil is still running off of a sugar high off of yesterday's U.S. inventory numbers," said Bob Yawger, director of energy futures at Mizuho in New York. The market got an additional boost from a weaker U.S. dollar and signals from Iran that no nuclear deal was imminent, Yawger said.

In June, Brent topped $75 a barrel for the first time in more than two years, then slumped early this month on fears about the rapid spread of the Delta variant of coronavirus and a compromise deal by leading oil producers to increase supply.

The U.S. economic recovery is still on track despite the rise in coronavirus infections, the U.S. Federal Reserve said on Wednesday in a policy statement that flagged ongoing talks around the eventual withdrawal of monetary policy support.

The dollar languished a day after the Federal Reserve's remarks that it has not yet set a time to start tapering its bond purchases.

A weaker dollar can boost investor demand for dollar-denominated commodities, including crude oil.

"While the risk to the demand outlook could increase due to governments across Europe reducing permission for public gatherings, we note that markets have already undergone several rounds of mobility restrictions... yet, the global recovery was not significantly derailed," analysts from Citi said in a note.

Further supporting the outlook for tighter supplies was a statement from Iran blaming the United States for a pause in nuclear talks, which could mean a delay in a return of Iranian barrels to the market.