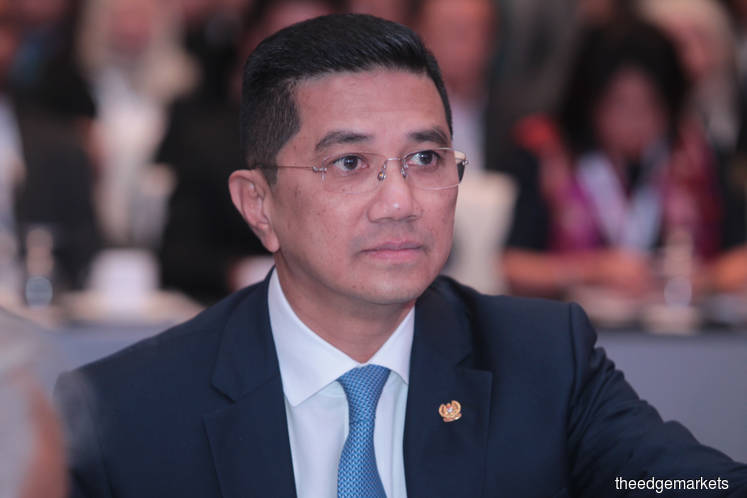 At the Parliament lobby today, he said, "The cash payment of royalties will be passed to states that produce oil, including Kelantan, Terengganu, Sabah and Sarawak."

Azmin was referencing Finance Minister Lim Guan Eng's earlier statement, which said oil royalty payments have been made to Kelantan and that the payments to Terengganu were in the process of being made.

On whether the government will use the 20% oil royalty for oil producing states, Azmin said the government is still in discussions over the matter and for now it is still using the old rates.

This is as the government's election manifesto last year promised a 20% oil royalty from Petronas' profits in a particular state.

When questioned about the government's decision on Malaysia Airlines Bhd, Azmin said Khazanah Nasional Bhd is in discussions on the matter, and that the sovereign wealth fund and the government are looking at all submitted proposals relating to the national flag carrier.

"Hopefully, we will able to conclude the discussions as soon as possible, but we need to ensure that we get the best value in ensuring the best partner [that will inject capital into Malaysia Airlines]," said Azmin.

He said Khazanah's board will meet again, and hopefully more progress and reports can be made then.

He added that Khazanah has divested some of its assets to invest in other areas to provide better returns, profits and dividends to the government.