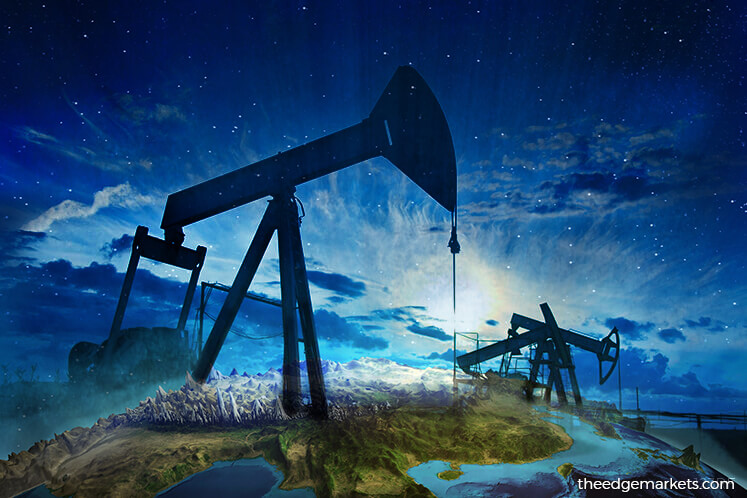 SINGAPORE (March 28): Oil prices rose on Tuesday, supported by a weaker US dollar, but crude continued to be weighed down by surging US production and uncertainty over whether an OPEC-led supply cut is big enough to rebalance the market.

Prices for front-month Brent crude futures, the international benchmark for oil, had gained 18 US cents from their last close to US$50.93 per barrel by 0652 GMT.

In the United States, West Texas Intermediate (WTI) crude futures were up 20 US cents at US$47.93 a barrel.

Traders said crude futures were receiving some support from a weak US dollar.

The greenback has lost 2.9% in value against a basket of other leading currencies since its March peak on doubts over US President Donald Trump's ability to push through his economic agenda.

When the US dollar weakens, many traders pull money from foreign exchange markets and put it into commodities futures such as gold or crude instead. A weaker US dollar also makes oil cheaper for countries using other currencies, potentially spurring import demand.

"Crude prices tested the support at US$50 per barrel for Brent and rebounded from there," said Sukrit Vijayakar, director of energy consultancy Trifecta.

Physical fundamentals remained weak, however, with soaring US output undermining efforts led by the Organization of the Petroleum Exporting Countries (OPEC) to curb production to rein in a global fuel supply overhang and prop up prices.

"We now forecast US crude oil production to reach a multi-decade high by December, within sight of the all-time high reached in 1970," Barclays said in a note to clients.

Soaring production and brimming inventories have made US WTI crude much cheaper than international peer Brent, which is being supported above US$50 per barrel by the OPEC-led output cut.

As a result, record amounts of US crude oil have found their way to Asia and other destinations this year, and more is expected to be shipped out as traders take advantage of arbitrage opportunities by sending excess US crude into regions where it can find buyers.