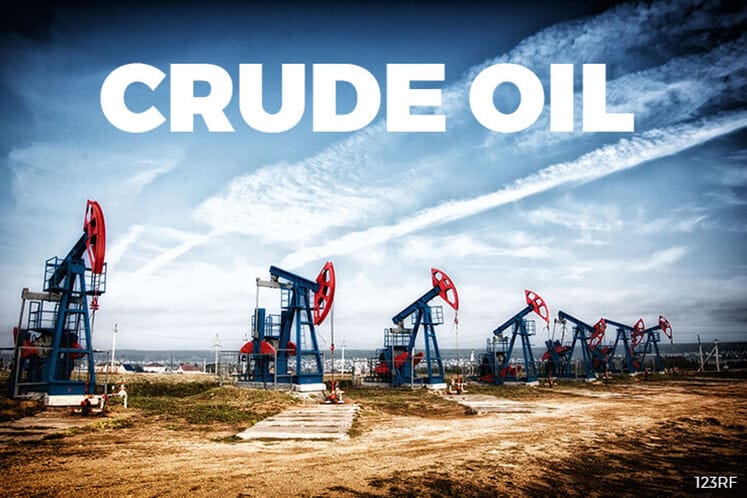 (April 7): Oil resumed gains on signs the world’s biggest producers are moving toward a deal to call off their price war and cut output as the coronavirus eviscerates energy demand around the world.

Futures in New York rose to around $27 a barrel, resuming a rally interrupted by an 8% decline on Monday. Energy Secretary Dan Brouillette held a “productive discussion” over the phone with his Saudi counterpart Prince Abdulaziz bin Salman, the U.S. government said. Crude was also buoyed by improved sentiment in broader financial markets after the reported death tolls in some of the virus hotspots in Europe showed signs of easing.

A virtual meeting of producers from the OPEC+ alliance and beyond -- which has been delayed once already -- is tentatively scheduled for Thursday afternoon in Vienna. A gathering of G-20 energy ministers is set to follow on Friday to discuss wider contributions to a production agreement.

While the talks still face significant obstacles, not least whether the U.S. will participate, the bigger question is whether any deal will be enough given the extent to which the virus is destroying demand. In another sign of the growing glut, industry data provider Genscape Inc. reported a 5.8 million-barrel rise in crude inventories at Cushing, Oklahoma, last week, which would be the largest in data going back to 2004 if confirmed by official figures due Wednesday.

“I think there is a better than 50% chance this time that OPEC+ will deliver a cut,” said Vandana Hari, founder of Vanda Insights in Singapore. It’s likely to be up to 10 million barrels a day, and while that won’t offset all the demand loss it could push Brent into the $40s, she said.

West Texas Intermediate for May delivery rose 3.6% to $27.02 a barrel on the New York Mercantile Exchange as of 10:25 a.m. in Singapore. The contract has rallied 32% so far in April after plunging 54% in March.

Brent for June delivery added 2.7% to $33.94 a barrel on the ICE Futures Europe exchange after dropping 3.1% Monday. The global benchmark traded at a $3.01 premium to WTI for the same month.

An effective deal will require all of the three top producers -- the U.S., Saudi Arabia and Russia -- to participate. While Riyadh and Moscow are set to cut output significantly, according to people familiar with the negotiations, Washington is more likely to offer up gradual reductions. The G-20 may be a more acceptable forum to bring on board the U.S. and other big producers outside the OPEC+ alliance, such as Canada and Brazil.

Meanwhile, some old-guard Texas oil drillers are urging state regulators to cut output. The largest U.S. oil-producing state hasn’t restricted crude production in almost 50 years but a growing chorus of explorers and related industries are advocating just such a move.

Oil refineries in China, the world’s biggest crude importer, may increase processing rates to near last year’s average levels this month, providing a glimmer of hope to a global market reeling from the coronavirus.
If rock-bottom crude prices and threats from President Donald Trump aren’t enough to force Moscow into cutting production, the country’s limited number of oil tanks might do the job.
U.S. gasoline demand has collapsed as stay-at-home orders keep drivers off the road, following the pattern seen in the hardest-hit parts of Europe.
Crude futures rose 3.5% to 295.1 yuan a barrel on the Shanghai International Energy Exchange.