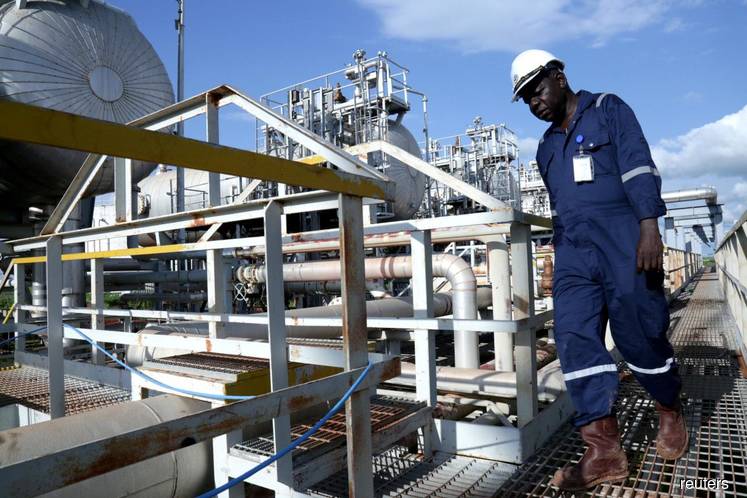 SINGAPORE (Sept 6): Oil prices fell on Thursday as emerging market woes weighed on sentiment, while a deadline neared for a potential new round of U.S. tariffs on another $200 billion of Chinese goods.

Meanwhile, a public comment period on possible U.S. tariffs on another $200 billion of Chinese goods ends on Thursday, with expectations that U.S. President Donald Trump will impose the additional levies.

"The prospects of increased supplies from OPEC and her allies, and weaker demand from China and other emerging markets could weigh further on oil prices going forward, or at least limit the upside potential," said Fawad Razaqzada, market analyst at futures brokerage Forex.

"In part, this is because of the U.S.-dollar's strength, weighing heavily on emerging market currencies, including the yuan, which in turn has pushed up the costs of all dollar-denominated commodities," he added.

For now, however, oil demand remains strong, not least in the United States.

Crude inventories fell by 1.17 million barrels to 404.5 million barrels in the week to Aug. 31, while refinery crude runs rose by 198,000 barrels per day, the API data showed.

The producer cartel of the Organization of the Petroleum Exporting Countries (OPEC) said on Wednesday that it expected global oil demand to break through 100 million barrels per day for the first time later this year.

Meanwhile, there are concerns that U.S. sanctions against Iran, which will target the OPEC-member's oil industry from November, will tighten global supply.