Oil prices fall after sharp rise in US stockpiles 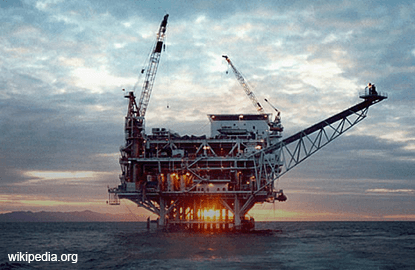 SINGAPORE/TOKYO (Feb 2): Oil prices fell on Thursday after official data showed US crude and gasoline stockpiles rose sharply, although signs that OPEC and other producers are holding the line on output cuts are helping support prices.

The build in stocks far exceeded analysts' expectations for an increase of 3.3 million barrels.

"Obviously we saw some solid gains in prices in the previous session so there might be a little bit of profit-taking in the Asian session after the market rallied unexpectedly," said Ben Le Brun, a market analyst with optionsXpress in Sydney.

"But prices are still very much range-bound," he added.

Gasoline stocks climbed by 3.9 million barrels, compared with analyst expectations in a Reuters poll for a 1-million barrel gain. Gasoline demand has been seasonally weak, down 5.7% from a year ago over the past four weeks.

But prices were underpinned by indications that producers from the Organization of the Petroleum Exporting Countries and others are curbing output and geopolitical tensions between the United States and Tehran after Iran's latest missile test.

The curbs follow last year's agreement to lower supplies by a combined 1.8 million bpd to prop up prices that remain at about half their mid-2014 levels.

That came even as oil production growth in the Middle East is set to remain strong, adding 2.44 million bpd during 2017–2021, a report by energy consultancy BMI Research said on Thursday.

Growth will be led by the national oil companies and supported by a large proven reserves base and low cost structures. Production in North America will return to growth in 2017, the report added.