Oil market in constant state of flux in 2019 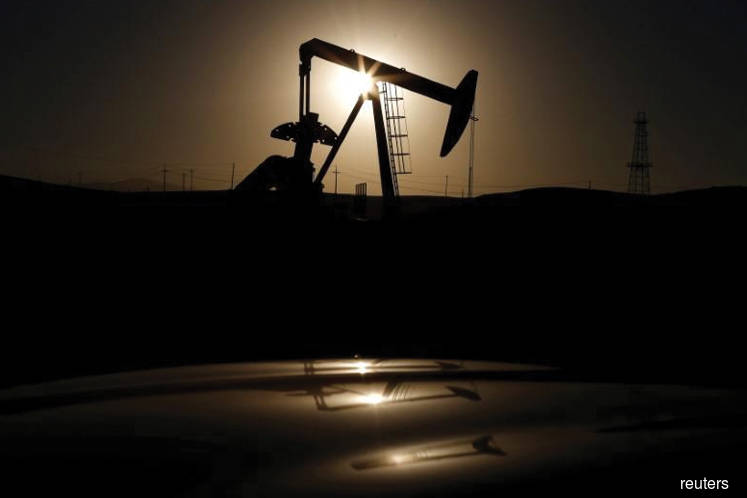 KUALA LUMPUR (Dec 19): The oil market has been in a constant state of flux in 2019, with volatility and fluctuating prices forcing the oil and gas industry to adjust continually.

Brent, the international price benchmark for crude oil trading, averaged at US$64.18 per barrel this year, down from US$71.06 per barrel last year.

Besides the usual narrative around the OPEC (Organisation of the Petroleum Exporting Countries) and non-OPEC country's compliance and trade-war demand devastation, the one thing that stood out this year was the importance of a robust global infrastructure, mainly how shale oil production changes the way one look at market risk.

Saudi Arabia, meanwhile, reduced exports of crude and energy products as part of a longstanding OPEC efforts to boost prices. Russian exports were constrained by problems with a pipeline that delivers oil to central and eastern Europe.

AxiTrade chief Asia market strategy Stephen Innes said that 2019 was about adjusting risk parameters around that notion that geological shocks were much less impactful due to shale oil production influence.

"Shale production has changed the way we look at the oil and gas industry in general," he told Bernama in an email interview recently.

While the title of no.1 exporter passed back to Saudi Arabia in July and August, the US' brief reign reflects its new status as one of the world's most influential energy producers.

As for gas, ABN AMRO Bank N.V senior energy economist Hans Van Cleef sees an ongoing rise in demand for the sector globally, in line with the increase in production of liquefied natural gas (LNG) in the global market.

According to the International Energy Agency, record investments of US$50 billion have turned 2019 into a banner year for LNG, with Canada and the US being the main drivers of the investments.

The industrial sector is Asia's biggest driver of LNG, with China expected to overtake Japan as the world's top importer of the fuel in five years.

OPEC and its allies — a wider grouping termed OPEC+ — have pledged on a production cut since 2017 and helped to halve an excess of global oil stocks, although they remain at 140 million barrels above the rolling five-year average.

On Dec 6 this year, the oil cartel and its allies agreed to cut an additional 500,000 barrels per day (bpd) of oil production during the first three months of 2020, on top of their existing agreement.

The reduction would bring production to 1.7 million bpd, which was reported to be below October 2018 levels.

Over the longer term, demand growth for natural gas will exceed that of crude oil, given that the latter is the cleaner burning hydrocarbon.

Like any other commodity, demand for crude oil will be affected by a prolonged trade war between the US and China, which will, in turn, dampen global economic growth, said RAM Rating Services Bhd (RAM Ratings) head of corporate ratings Thong Mun Wai.

"We expect Brent crude to average US$55-US$60 per barrel in 2020, down from an average of US$65 per barrel in the first nine months of 2019, in view of a slightly oversupplied market next year," he told Bernama.

Meanwhile, production levels of OPEC+ to remain status quo as long as the demand and supply remain fairly balanced but should crude oil prices fall significantly from current levels, OPEC+ may be forced to act.

Charging towards the listing date on Dec 11, the Saudi government claimed state-owned oil company Aramco is worth US$2 trillion as it aimed to raise proceeds for economic reforms and diversify the Saudi economy away from oil, but banks begged to differ, putting the valuation closer to US$1.5 trillion.

Shares in Saudi Aramco surged on the second day of trading with its market capitalisation hitting the US$2 trillion mark.

"People underestimate the fact that a single entity controls Saudi Arabia oil, and that's the Saudi royal family, making them the most influential individual body on oil prices.

"But that alone can't hold up as the initial public offering (IPO) will have less influence on markets amid the growing backlash against fossil fuels, and escalation of regional political tensions are creating less interest from western investors," AxiTrade chief Asia market strategist Stephen Innes told Bernama.

Albeit its record-shattering listing, Aramco would face several challenges including its large footprint in the industry that leaves it particularly vulnerable to a mass movement towards sustainable energy, while oil demand will start to contract as early as 2035.

Van Cleef of ABN AMRO said that there would hardly be an impact to the oil market as Saudi Arabia would most likely try to prevent a rapid decline in oil prices in the near-term post-listing.

"Besides that, I do not see a direct link between the IPO and the oil price," he added.

OIL TUSSLE IN OUR OWN BACKYARD

Domestically, in November, what started off as diplomatic discussions over the Sarawak state's share of oil revenue under the broader Malaysian Agreement 1963 escalated into a lawsuit by the state government, which is claiming unpaid sales tax from national oil firm Petronas, reported to be RM1.29 billion for the first six months of the year.

Petronas is said to be an oil and gas company operating in Sarawak that has not paid the sales tax.

Its president and chief executive officer Tan Sri Wan Zulkiflee Wan Ariffin was reportedly as saying that increasing the oil royalty paid to oil and gas producing states to 20% is not possible as production costs are high and profit margins low.

RAM Ratings’ Thong believed that it is in the best interest for Petronas and the Sarawak government to resolve amicably their dispute over the sales tax levied on petroleum products in the state.

"Ultimately, the Federal Government has to make the decision, which will need to balance its fiscal requirements and Petronas’ financial viability with the need to allow Sarawak to have a greater share of petroleum revenue to fund development in the state," he added.

However, given the complexity of this balancing act, it will not be surprising if the issue takes a longer time to resolve, said Thong.

Meanwhile, the government is considering selling stakes in Petronas to states where the company's oil and gas fields are located, in a bid to raise funds for the government's coffers.

The move may give states such as Sabah and Sarawak a say in running Petronas, the world's third-largest exporter of LNG.