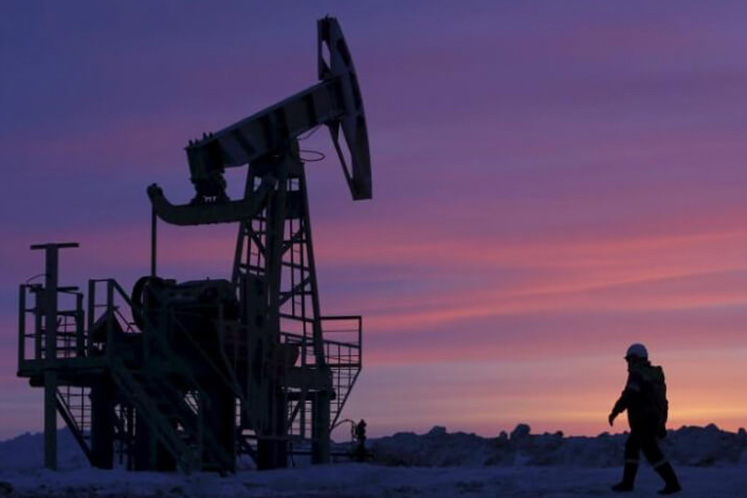 NEW YORK (Sept 6): Oil prices fell more than one percent on Wednesday after a U.S. Gulf storm weakened and moved away from oil-producing areas and as concerns mounted about global trade disputes and Turkey's currency crisis hurting demand.

Brent crude futures fell 90 cents to settle at $77.27 a barrel, a 1.15 percent loss. The global benchmark had climbed in the previous session to $79.72 a barrel, its highest since May.

Both benchmarks fell further in post-settlement trade after data from industry group the American Petroleum Institute showed a slightly smaller than expected draw in U.S. crude inventories. Data was published a day later than usual because of the U.S. Labor Day holiday on Monday.

Crude prices had jumped on Tuesday as oil companies shut dozens of offshore platforms in anticipation of damage from Tropical Storm Gordon. The storm, however, never became a hurricane and by Wednesday energy companies and port operators along the U.S. Gulf Coast took steps to resume operations.

"Prices yesterday rose in anticipation that the storm could inflict some damage on the production and refining sector, but after all was said and done we lost a little bit of production and the refineries in Mississippi and Louisiana continued to run as Gordon made landfall," said Andrew Lipow, president of Lipow Oil Associates.

In all, companies halted 156,907 barrels per day of oil production, according to estimates Tuesday by the U.S. Bureau of Safety and Environmental Enforcement.

Also weighing on crude futures was a currency crisis in Turkey. The lira has fallen more than 40 percent this year .

U.S. sanctions targeting Iran's oil sector from November are already reducing exports from OPEC's third-largest producer and counteracting the impact of an agreement by OPEC and its allies to pump more oil.

"With the anticipation of up to 1.5 million barrels per day affected by the U.S. sanctions on Iran, one would expect prices to move higher in the weeks ahead," said Stephen Innes, of futures brokerage OANDA.

U.S. President Donald Trump said on Wednesday he could not predict what would happen with Iran and it did not matter to him if Iran's leaders wanted to talk to him or not.