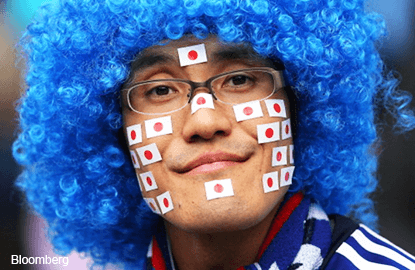 STANDARD & Poor’s has downgraded Japan’s sovereign-credit rating from AA- to A+. It is the most recent of the major credit-rating companies to do so; Moody’s was the first, in December 2014, followed by Fitch in April. S&P justified its downgrade by saying that the outlook for Prime Minister Shinzo Abe’s “Abenomics” programme is grim:

Despite showing initial promise, we believe that the government’s economic revival strategy—dubbed ‘Abenomics’—will not be able to reverse this deterioration in the next two to three years.

The proper response to a sovereign downgrade by a major credit rater is: “Who cares?” Sovereign-credit ratings are barometers of conventional wisdom, rather than the result of some secret-sauce macro forecasting method.

Observers who are worried about the downgrade would do well to remember the similar downgrade of the US sovereign credit rating in 2011, which followed the political fight over the federal debt ceiling. That cut was followed by three years of economic recovery, the decline of the budget deficit and steadily rising stock markets.

But could the Japan downgrade presage a stampede for the exits by international investors? Unlikely. The vast majority of Japanese government bond investors live in Japan, and probably won’t be concerned about the verdict of US financial services companies, especially ones with the questionable reputations of the credit raters.

This explains why decades of deteriorating government finances have been accompanied by ever-lower interest rates on Japanese debt. It also explains why US investors who have bet against Japanese government debt have repeatedly lost their shirts, so much so that shorting Japan has become known as the widowmaker trade. Short Japan at your peril, folks.

But what about S&P’s contention that Abenomics is failing? It is true that Japanese gross domestic product growth has been anaemic for the past couple of years. But that’s no surprise, because with a declining population, Japan’s sustainable potential growth rate is almost certainly no more than 1%, and might be as low as zero.

If Japan were in a recession, and had lots of idle people to put to work, then Abenomics might be expected to push growth well above the potential rate for a time. But that isn’t the case.

Japanese unemployment is near 16-year lows, and labour force participation is at historic highs. There are few spare resources to put to work. So zero or 1% growth is about the best Japan can expect.

Additionally, the Chinese slowdown represents an external headwind buffeting the Japanese economy. Japan sends almost a fifth of its exports to China, so the slump there will have a chilling effect.

The monetary and fiscal policies of Abenomics should be judged against that backdrop, not against the performance of years when Japan’s trading partners were growing robustly.

As for the structural reforms promised by Abe, these are generally proceeding well. Like all structural reforms, they will take a few years to have an effect. Credit-rating companies don’t really know how these reforms are going to turn out.

So the Japanese sovereign downgrade isn’t a meaningful development. Best to ignore it, as markets undoubtedly will. — Bloomberg View