O&G stocks slip as crude prices dip below US$59 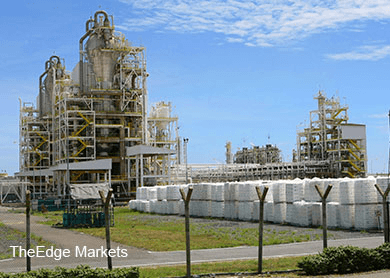 Greece imposed capital controls after the Eurozone rejected the country’s request to lengthen a bailout programme beyond June 30.

Back at Bursa, in the afternoon trade, KNM Group Bhd shares shed 3.5 sen or 5.56% to 59.5 sen, with a total of 29.94 million shares traded. It is the fifth most actively traded stock on Bursa Malaysia.

The selling on O&G stocks was mainly due to the current bearish sentiment, said an analyst.

Reuters had reported today that oil prices fell to a three-week low amidst developments in the Greek financial crisis.

After Eurozone finance ministers rejected a request from Greece to extend its bailout programme beyond June 30, concerns are rife that the country’s failure to finalise a deal with international investors and settle a $1.7 billion payment to the International Monetary Fund will trigger its exit from the Eurozone.

Greece had also announced to hold a July 5 referendum on bailout terms that will only be finalised after its bailout programme expires tomorrow, which only complicates matters.

Oil prices had halved since its high of US$115 per barrel a year ago, due to a surplus in production from American oil shale reserves.

Prices stabilised at the end of January this year, showing a minimal uptrend until mid-April this year, when prices rebounded to trade above US$60 per barrel.