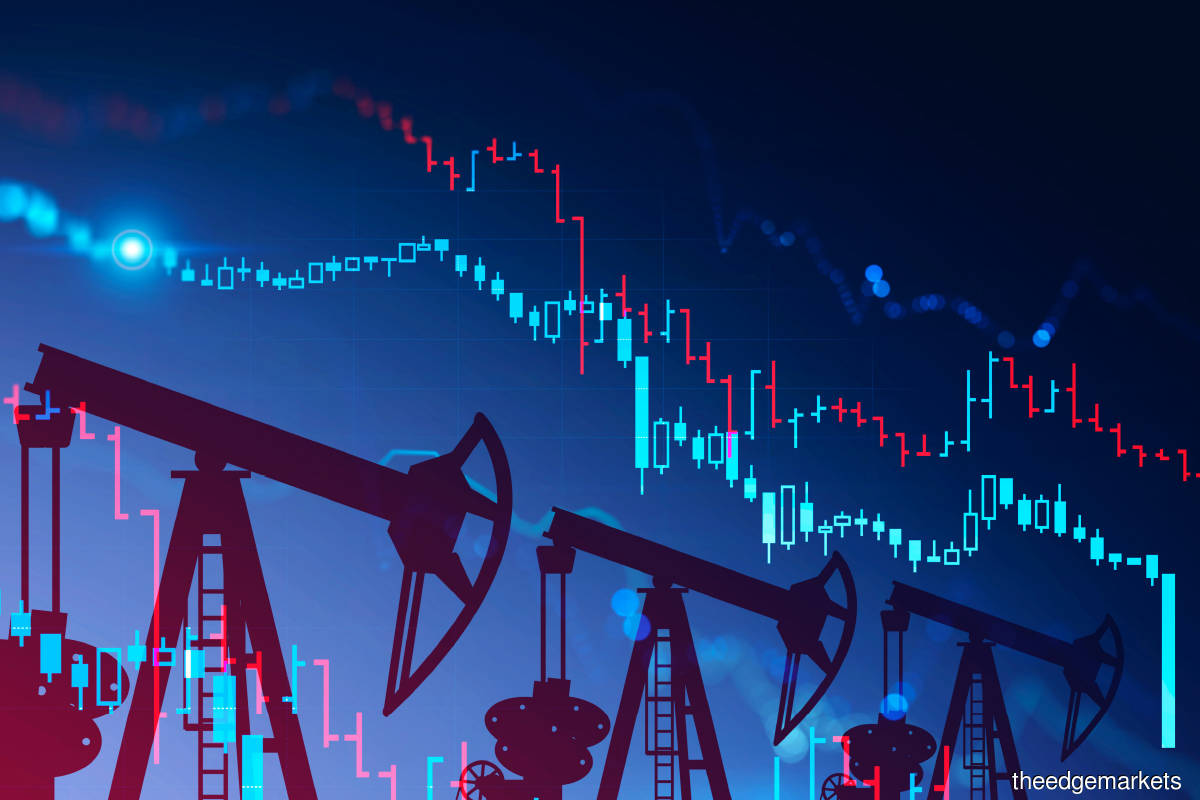 GLOBAL oil prices may still be trading at above US$70 a barrel but oil and gas (O&G) stocks on Bursa Malaysia have come off their peaks, with the Energy Index skidding 17% since early this year. The mixed financial performance, foreign sell-off as well as environmental, social and governance (ESG) concerns are among the reasons behind the lacklustre share price, opines Kenanga Research’s O&G analyst Steven Chan.

“Overall, the sentiment is not very good — especially [for] the big caps, which have suffered from selldowns throughout the year, mostly due to foreign selling,” he tells The Edge.

Apart from that, Chan observes that some companies did not deliver strong financial results. “For the first time, Dialog Group Bhd posted a year-on-year decline in earnings. Petronas Dagangan Bhd (PetDag) has also been suffering from lower volume (sales) because of Covid-19.”

Nonetheless, Chan sees value emerging in stocks such as Dialog and Yinson Holdings Bhd as the former has fallen 21.7% year to date and the latter, 17.7%. He also favours MISC Bhd, which has gained a minimal 0.6% since early this year.

“The long-term outlook for Dialog and Yinson is very much intact, while MISC is a defensive play with a 5% dividend yield.”

HLIB Research, in an Aug 5 note, also highlighted that Dialog is undervalued and its recurring income is expected to improve with the commencement of Phase 3A of the Pengerang Deepwater Terminals as well as Langsat 3.

For trading play, Kenanga Research suggests investors take a look at Bumi Armada Bhd and Uzma Bhd. “Both are trading at very attractive valuations, especially Uzma, which is expected to recover in 2022 in line with the recovery in O&G activities.

“Barring any unforeseen circumstances, Bumi Armada will be able to sufficiently pay off its borrowings. In the past few months, [its] crackers have been quite stable and its cash flow is improving,” observes Chan.

As for O&G downstream players such as Lotte Chemical Titan Holding Bhd and Petronas Chemicals Group Bhd (PetChem), he points out that their earnings may have already peaked in the first half of the year.

“Valuations in this space are not cheap. A slowdown in petrochemical prices is expected in the second half of 2021 and first half of 2022, owing to increased capacity in the market, coupled with a normalisation in supply constraints,” he continues.

Lotte Chemical’s share price has contracted 28.8% from its peak of RM3.54 on May 10 following its best quarterly profit of RM440 million for the January to March 2021 period, since its relisting on the local bourse in July 2017.

In contrast, PetChem’s share price has gained 9.7% year to date on the back of improved results as its net profit jumped nearly fivefold to RM3.32 billion in the first half of the year against RM692 million in the previous corresponding period.

“Given a one- to two-month time lag between product price movement and recognition in PetChem’s revenue, we expect 2HFY2021 earnings onwards to stage a stronger delivery as Brent crude oil prices are traded at or above the US$70 a barrel threshold currently versus a 2Q2021 average of US$69 a barrel,” notes the research house, which has maintained its “buy” call on the stock with a target price of RM7.94.

Kylie Chan, O&G analyst at TA Securities, believes the timing is right for investors to put their money in O&G stocks given the current “high oil price environment”. “Possible flattish prices or even a rebound is likely in the event that Delta variant headwinds dissipate quicker than expected,” she opines.

Upside catalysts include faster-than-expected oil demand recovery in tandem with the global economic recovery picking up speed. This, in turn, would accelerate capital expenditure spending and result in a short supply of O&G upstream services such as drilling, well services and fabrication.

“Correspondingly, this would result in a margin uptick for O&G contractors. Recall that the bulk of listed Malaysian players comprises upstream contractors vis-à-vis oil producers. Oil prices are expected to be resilient with the potential for upside.

Going forward, Kenanga’s Chan believes the energy transition agenda will be very much in focus for the O&G sector, which is one of the sustainability-challenged sectors.

“Except for some big players, I think most O&G services providers and small players are not well prepared for the long-term energy transition agenda,” he says, adding that Petroliam Nasional Bhd (Petronas) has been encouraging O&G players to look for solutions within the renewable energy space.

“Generally, we are talking about lower oil prices in 2022, mainly because of the ramp up in supply from Opec (Organization of the Petroleum Exporting Countries) and the US as well. And this will outpace the demand growth in 2022.”

Kenanga’s Chan expects a pull-back in oil prices next year, with a lower average oil price forecast of US$65 against US$70 a barrel in 2021, as a surplus is widely projected in 2022.

So far this year, Petronas’ capital expenditure spending has not been encouraging due to prolonged movement restriction measures, even though O&G has been identified as one of the essential services sectors. The oil company was reportedly planning to spend RM40 billion to RM45 billion annually over the next five years.

The logistics barriers have made it difficult for job execution in the O&G sector, says Kenanga’s Chan. However, Petronas’ 2021 activity outlook points to a slight increase in O&G activities next year following slower contract flows this year, he adds.

“I would say the US$70 level is not very attractive but it is [also] not very bad,” says Thong, who believes that Petronas will remain cautious about spending until there is more certainty of a pick-up in economic activities.

He is adopting a position between “neutral” and “slightly bias to positive” on the sector, as a global recovery post-pandemic will spur oil prices, which in turn will “lead to more contract awards by Petronas, [especially] if oil prices can sustain at high levels”.

He believes there is still some oil price upside given the anticipation of more oil usage as the global economy recovers.

The US Energy Information Administration expects Brent prices to remain near the current levels for the remainder of 2021, averaging US$72 a barrel from August through November.

Brent crude oil spot prices averaged US$75 per barrel in July, up US$2 from June and US$25 from end-2020. Brent prices have been rising this year as a result of steady draws on global oil inventories, which averaged 1.8 million barrels per day (bpd) during the first half of 2021 and remained at almost 1.4 million bpd in July.

Opec crude oil production is forecast to rise from 25 million bpd in April to an average of 27.1 million bpd in 3Q2021 on the assumption that Opec will raise production through the end of 2021, in line with the targets it announced on July 18. Production is expected to be relatively flat through October before rising in November and December and throughout 2022, the EIA added.