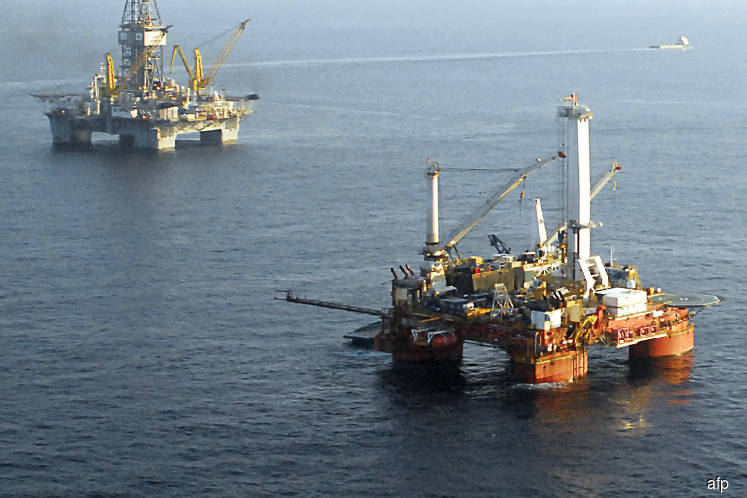 KUALA LUMPUR (March 20): Oil and gas (O&G) stocks were among the top actives in Bursa Malaysia during the mid-morning session today, as Brent crude oil prices continued to hover around 2019 highs.

Other counters among the actives include O&G services providers Dayang Enterprise Holdings Bhd, up 2.9% at RM1.42 with 47.8 million shares traded; Perdana Petroleum Bhd, up 2.56% at 40 sen with 39.1 million shares exchanged; and Velesto Energy Bhd, which gained 1.75% to 29 sen following trades of 17.7 million shares.

Floating production storage and offloading (FPSO) player Bumi Armada Bhd was also among the top actives, with 20.8 million trades. Its share price was unchanged at 19 sen.

Yesterday, Brent crude touched a four-month high of US$67.61 per barrel, amid expectations that the Organization of the Petroleum Exporting Countries (OPEC) would continue production cuts through to the end of the year.

On Monday, OPEC said it will decide whether to extend output cuts in June, once the market has assessed the impact of US sanctions on Iran and the crisis in Venezuela.

Crude oil prices have been climbing since the start of the year, with Brent crude rising from US$50 per barrel in early January to today's price of US$67.60 per barrel, inching its way to the US$70 per barrel mark.