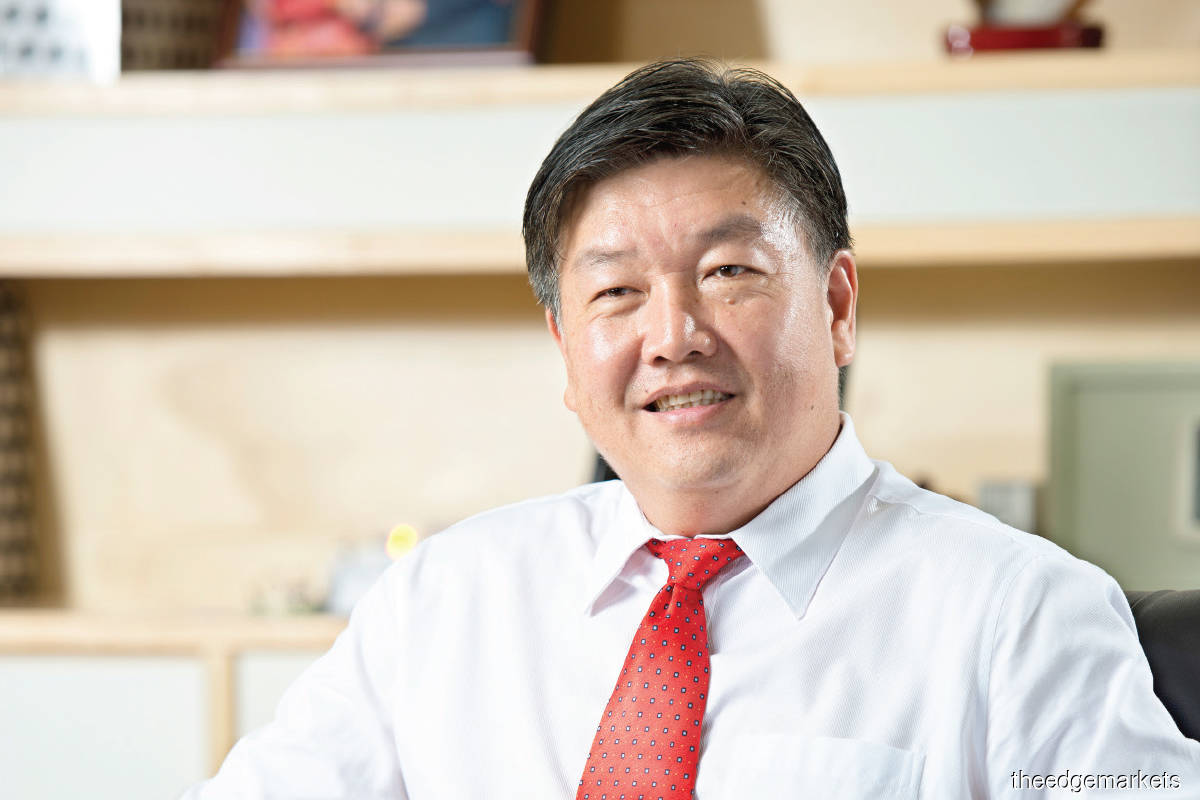 Ooi: We will continue to position ourselves as a regional towerco player, with a strong presence in multiple Asean countries (Photo by OCK)

OCK group managing director Sam Ooi Chin Khoon points out that mobile operators were initially expected to shoulder the capital expenditure (capex) for the rollout of 5G but subsequently, Putrajaya decided that the deployment of the 5G infrastructure and network would be undertaken solely by DNB, a wholly-owned unit of Minister of Finance Inc.

“The government, through DNB, will roll out the 5G network nationwide over the next 10 years. DNB had awarded the 5G infrastructure deployment contract to Ericsson, and OCK could benefit directly from this contract,” he tells The Edge in a virtual interview.

“So, we are talking easily 8,000 to 10,000 5G sites in the coming years, which is very significant. Overall, I believe the quantum of 5G sites will be big, so there will be tremendous opportunities ahead.”

In a press statement last Wednesday, Ooi confirmed that OCK had already begun the preliminary work of identifying suitable locations for Phase 1 of DNB’s 5G programme.

“Despite the ongoing pandemic, OCK remains positive on the prospects for 5G. The pandemic has indirectly accelerated the adoption of technology and as we progress, we will need to improve the telecommunications infrastructure to support the technology,” he said.

Ooi, 53, is the founder and major shareholder of OCK, in which he holds 31% equity interest. Another two substantial shareholders of the company are Lembaga Tabung Angkatan Tentera (LTAT), with a 10.2% stake, and the Employees Provident Fund (EPF), with 7.7%.

5G is the latest generation of cellular technology and is said to deliver faster, more reliable and lower latency connectivity than earlier generations.

In terms of financing, DNB has said that Ericsson has undertaken to arrange financing for the supply, delivery and management of the entire 5G network.

“Having worked with Ericsson in Malaysia for more than 15 years — and is thus a familiar business partner — OCK should be able to win jobs from Ericsson to help build the 5G infrastructure. From our checks with management, we understand that OCK has already been engaged by DNB to help survey the sites for 5G, which we believe is a potential signal for 5G rollout jobs to come,” he wrote in an Aug 30 research report.

Likewise, RHB Research analyst Jeffrey Tan is of the view that OCK, which has demonstrated resilience despite the Covid-19 pandemic, remains a strong beneficiary of 4G and 5G infrastructure-led play. “OCK is conducting site survey works for DNB and is poised to also benefit directly from the impending 5G network rollout,” he wrote in a research note on the same day.

Meanwhile, Ooi observes that as the 5G efforts will be driven by the government instead of the private sector, most capex being allocated by the mobile operators will now be more focused on 4G and fiberisation, which explains why OCK has been adding a lot more fibre jobs to its order book.

Under the government’s Jalinan Digital Negara (Jendela) initiative, there will be more than 1,600 new sites across the country for the expansion of the 4G network, which is estimated to be worth almost RM5 billion.

According to Ooi, OCK is anticipated to directly and indirectly benefit from Jendela. “We have submitted the tender ourselves and we are working with some state-backed companies to be their main contractors. We will be the service provider for the installation works of these towers and sites,” he elaborates.

Ooi acknowledges that while OCK’s initial plan to undertake a spin-off listing of the group’s towerco business — once its tower portfolio reaches 5,000 — remains intact, he is also exploring many other options to unlock its value.

“We don’t discount the possibility that if we can get good valuations with high Ebitda (earnings before interest, taxes, depreciation and amortisation) multiples, we may consider trade sales with private equity (PE) funds that are looking to invest in tower assets that can generate high returns,” he says.

Trade sales generally mean the disposal of a company’s shares or its underlying assets, in whole or in part, to strategic investors such as PE and venture capital firms.

Ooi reiterates that OCK is still keen to carve out its towerco business and hopefully, there will be some progress in the next six months to two years. “We have, in the past two years, seen a rising interest and a stronger appetite among institutional investors and PE funds, which have been seriously investing in towerco businesses in Southeast Asia,” he says.

As for an initial public offering (IPO), Ooi points out that OCK’s towerco business is also ready for a spin-off listing. “To our knowledge, our towerco business is ready for listing on some of the stock exchanges. It’s just a matter of time,” he says, adding that OCK remains open to both IPO and trade sales.

On the impact of the Covid-19 pandemic, Ooi says OCK’s existing businesses remain intact but its new business growth was hammered. “With the Covid-19 situation, we held back some of our expansion plans, especially the contracting business and rollout of services.

“If you look at our financial performance over the last two financial years, we have remained resilient. We realised that we could actually save some travelling costs by doing virtual meetings during the lockdowns. But when it comes to exploring new business opportunities, we feel that physical meetings are more effective.”

Ooi acknowledges that OCK’s net profit has remained rather stagnant in the past three years, but observes that the group’s Ebitda has been growing strongly.

“This year, we are looking for another 10% to 15% Ebitda growth. Against our market capitalisation, I think our stock has an Ebitda multiple of only four times, which is

significantly lower than our peers, which are valued at 10 to 15 times.”

Over the past 12 months, the share price of Main Market-listed OCK has gained 13%. It closed at 46 sen last Wednesday, giving the company a market capitalisation of RM485.11 million. The stock is currently trading at a historical and forward price-earnings ratios of 17.8 and 20 times respectively.

Ooi says that while OCK’s share price performance and stock valuation are beyond his control, he will continue to work hard to grow the businesses and generate more cash for the company.