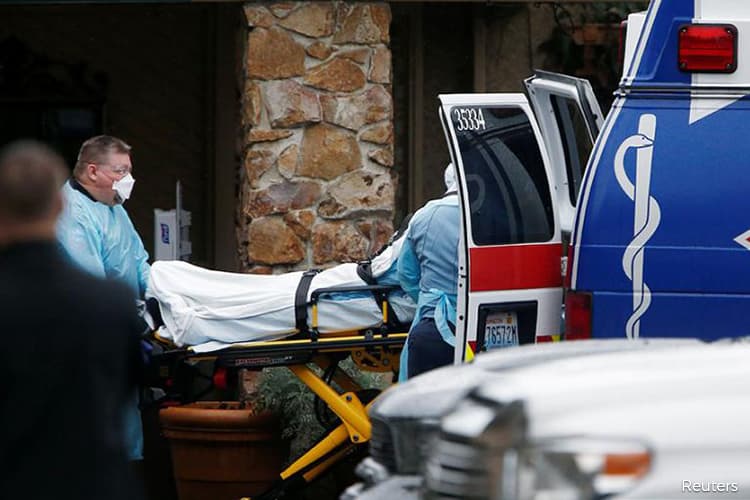 (April 7): As New York City’s fatalities from the new coronavirus increase and threaten to overwhelm the city’s capacity to handle the dead, officials have begun to consider resorting to temporary burial sites, just in case.

Such internments would likely be at Hart Island off the Bronx, Mayor Bill de Blasio said. Councilman Mark Levine had raised the prospect earlier that burials may be done at city parks, but said later Monday that he’s been assured that wouldn’t be the case.

I have spoken to many folks in City gov’t today, and received unequivocal assurance that there will be *no* burials in NYC Parks. All have stated clearly that if temporary interment should be needed it will be done on Hart Island. 1/2
— Mark D. Levine (@MarkLevineNYC) April 6, 2020

A city protocol drafted in 2008 proposed interment solutions in the event of a catastrophe resulting in too many fatalities for the city’s morgue to handle. The Medical Examiner’s planning document doesn’t mention parks as potential sites, but city officials had discussed locating temporary burial grounds in “fairly low-trafficked parks with open spaces,” Levine said in an interview earlier Monday.

“We are pretty full on capacity at temporary morgues and storage freezers now so it could be imminent unless we have a significant drop off in the number of deaths or an increase in capacity,” Levine said.

Although city officials say they’re bracing for the pandemic’s brunt, the Health Department recorded 219 new daily COVID-19 deaths Monday morning -- down from 351 in the 24 hours between Saturday and Sunday. The 24 hours before that, there were 321. These totals don’t include the spike in at-home deaths that are assumed to be virus-caused, Levine said. The city’s official count was 67,820 cases of Covid-19 and 2,475 fatalities as of Monday morning.

“We have the capacity but it’s going to be very tough. I don’t want to go into detail because I don’t think it’s a great thing to be talking about publicly,” de Blasio said at a briefing Monday. “We’re going to try to treat every family with dignity, respect, religious needs of those who are devout.”

Hart Island, in Long Island Sound, has the remains of more than 1 million people buried there. It’s been used as a Civil War prison camp, a psychiatric institution, a tuberculosis sanatorium, a potter’s field, a homeless shelter, a boys’ reformatory, a jail and a drug rehabilitation center.

Hart Island could be problematic, Levine said in the interview, because it’s difficult for families to get to. In addition, as a property managed by the city’s Department of Corrections, it has security issues because it uses inmates as workers.

New York Governor Andrew Cuomo, speaking at his daily press briefing on the pandemic, said he wasn’t aware of alternative interment plans or any need for them.