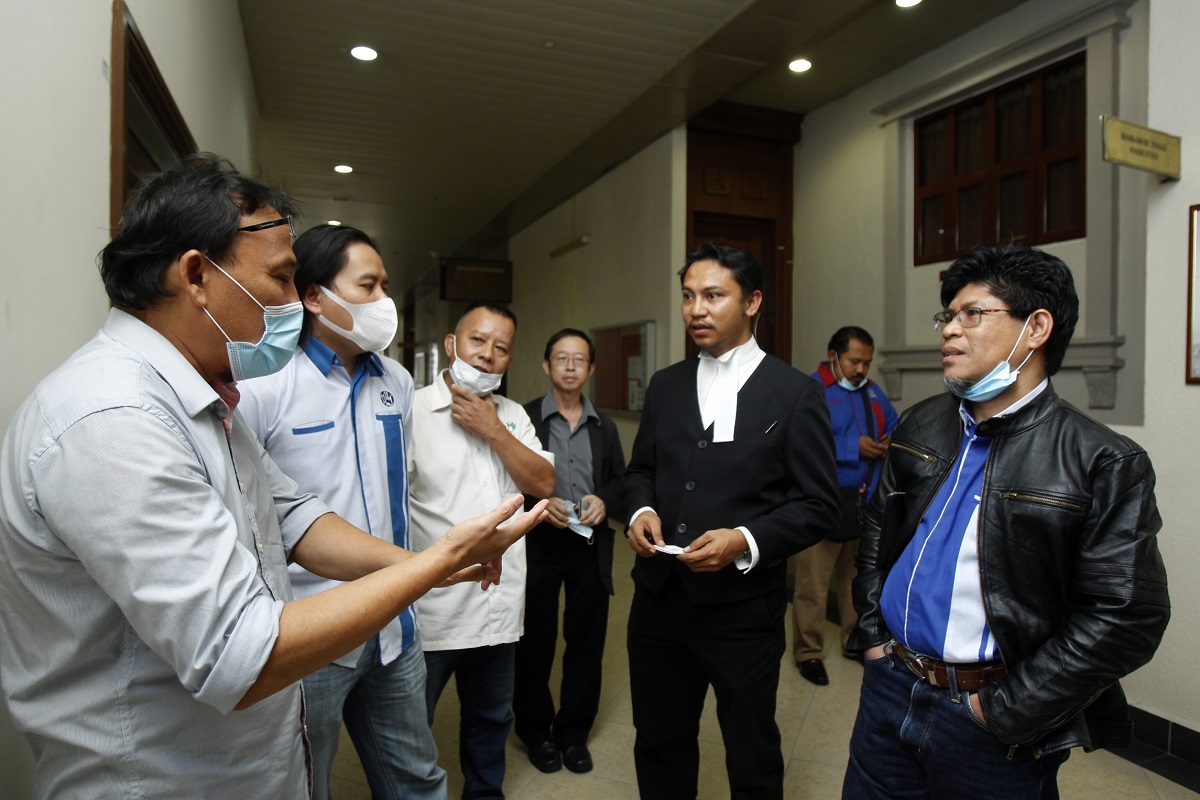 KUALA LUMPUR (Sept 10): The National Union of Journalists (NUJ) Utusan Melayu branch wants to bring its dispute with Utusan Melayu Bhd on unpaid termination benefits — which is currently being heard at the Kuala Lumpur High Court (insolvency division) — to the Industrial Court as it seeks a faster resolution of the matter.

NUJ-Utusan lawyer Ahmad Fakhri Abu Samah said the concern is that if the matter is being prolonged at the High Court, Utusan may no longer have any funds to pay the compensation as it is now in the process of liquidating its assets following the cessation of its operations on Oct 9, 2019.

"Even if we get a judgment later, at that time it will only be a paper judgment that is useless because [Utusan] will have no more money. That is why we want to resolve this matter as soon as possible," he told reporters after court proceedings today.

Furthermore, if Utusan fails to pay up, Ahmad Fakhri said the Industrial Court may impose a fine of up to RM2,000 or a jail sentence of up to one year to the directors of the company.

200 NUJ members formerly attached with Utusan are seeking legal action against their former employer over unpaid termination benefits owed to them. It was reported that former Utusan staff have had their salaries delayed and benefits denied since being axed.

Ahmad Fakhri claimed that the union members had met with Utusan management three times during the company's liquidation process and even sent them two letters on the matter.

However, he claimed that they received no answer on whether termination benefits would even be considered by the then Utusan management.

“So we had no other choice other than to get protection from the law (by taking legal action),” he said, adding that a rough estimate of termination benefits for their 200 members is somewhere between RM8-9 million.

Following arguments from counsels of both sides, Judicial Commissioner Nadzarin Wok Nordin today deferred his decision on whether the matter will continue to be heard at the KL Insolvency Court or at the Industrial Court, to Nov 2.

Utusan Malaysia, the oldest Malay-language newspaper in the country, and Kosmo!, another daily published by the company, ceased operations since Oct 9, due to financial problems.

On that day, Utusan's 862 employees were caught off guard by a notice stating that the company was ceasing operations.

They were neither given termination notices nor letters offering new jobs at the new Utusan Malaysia that was relaunched under new stakeholders following its liquidation.