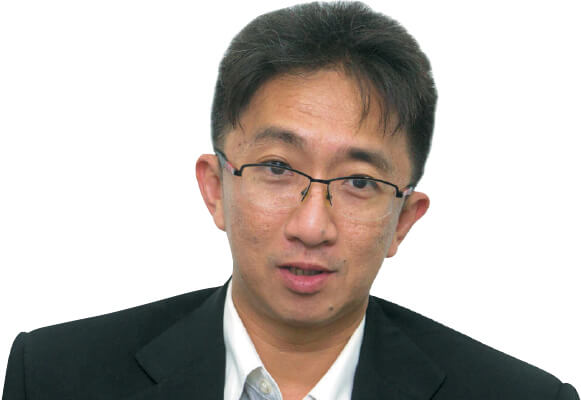 Khoo: The Taiwanese government is in the midst of turning the country into the biotechnology and medical R&D hub in Asia. Photo by Patrick Goh

KUALA LUMPUR: Newly listed Nova Pharma Solutions Bhd is optimistic of its growth potential in Taiwan with the continued development of the country’s biotechnology market.

“There is a huge potential for the expansion of business in Taiwan as the Taiwanese government is in the midst of transforming the country into the biotechnology and medical R&D hub in Asia,” said chief executive officer Khoo Boo Wie. “Also, we are deemed as having early entry there.”

Having established a presence in Taiwan since 2015, contributions from the market have increased significantly, Khoo told The Edge Financial Daily. As at the end of 2017, projects from Taiwan contributed 54% to revenue. The remainder came from Malaysia (41%) and Thailand (5%).

Formerly known as NNE Pharmaplan, Nova Pharma is mainly involved in the provision of engineering solutions, including technical documentation, validation and project execution for the pharmaceutical and biotechnology industries. Its work is divided into four categories — pre-design, design, post-design and other support services.

The group made its debut on the LEAP Market of Bursa Malaysia last Friday, with an opening price of 24 sen, a premium of 4 sen or 20% over its offer price of 20 sen. The counter then pared its gains to close the day at 22.5 sen with 67,100 shares traded, giving a market capitalisation of RM33.5million.

Of the total gross proceeds of RM2.46 million, the group said RM960,000 will be used for working capital and another RM500,000 to set up new offices. The remaining RM1 million is allocated for listing expenses.

“In order to facilitate the working relationship with customers and overseas expansion plan, the company intends to set up offices in countries where it has executed notable projects in the past, such as in Taiwan and even Indonesia. The setting up of the offices will also help increase awareness of the range of services we offer. The offices will be developed in the second half of 2019,” said Khoo.

Having just finished designing a dengue facility in Taiwan, the group has already secured two more projects, one each in Taiwan and Malaysia.

“These projects take about three to 36 months to undertake. As of Jan 15, 2018, our tenderbook is RM10.14 million,” said Khoo. As such he is positive that the group will perform well in FY18, sustaining the profitability it has recorded over the years.

For the financial year ended Dec 31, 2017 (FY17), the group reported a net profit of RM2.65 million, and a revenue of RM7.13 million. In FY16, it recorded a net profit of RM2.82 million, having risen from RM1.64 million in FY15. The group attributed the slight decline in FY17’s net profit to a delay in post design work for a few local pharmaceutical projects.

The group currently does not have a dividend policy. “However we have been paying no less than 20% of net profit which we intend to continue. For FY17, we paid a total of RM1.8 million in dividends,” Khoo said.

He added that Nova Pharma is essentially a knowledge based group and not an asset based one for now, hence making it zero geared.

In the long term, Khoo said the group intends to venture into the provision of turnkey projects.

“In fact, two turnkey projects have been completed in the past. The company intends to embark on this business area (again) ideally between 2020 and 2022,” said Khoo.