Notion VTec to launch smartphone in May 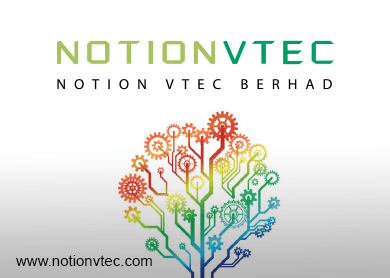 KLANG (Mar 23): Notion VTec Bhd, a hard-disk drive component maker, plans to launch  its own smartphone brand "Trendi" by May this year.

Executive chairman Thoo Chow Fah said the launch, scheduled by the first week of May, aimed to create a new revenue stream for the Notion VTec (fundamental: 1.55; valuation: 1.2).

"The group will sell about 1,000 units of its new budget smartphone. We intend to price it below RM500.

"It will depend on how the market respond to it to decide whether further investment is required," Thoo told reporters after the Notion VTec's annual general meeting today.

Thoo did not disclose the identity of Notion VTec's business partners for the development of the smartphone, merely saying the product would be sourced and assembled in China.

Meanwhile, Thoo expects Notion VTec's financials to improve in current financial year ending Sept 30, 2015 (FY15). He said a weaker ringgit against the US dollar augured well for the export-based company.

"I believe we will see a smaller loss for FY15 because our foreign currency hedges are expiring in April, May, and June," he said.

Thoo conceded that Notion VTec did not expect the ringgit to weaken to current levels when the company hedged the local currency against the US dollar at 3.20 about a year ago.

At current rates, Thoo said Notion VTec could enjoy higher income when it exports its products and was confident to turn the group’s bottom line around by FY16.

The stock had fallen 16% this year, underperforming the FBM KLCI's 3% rise.