Not demanding nor choosy, but youths favour work-life balance 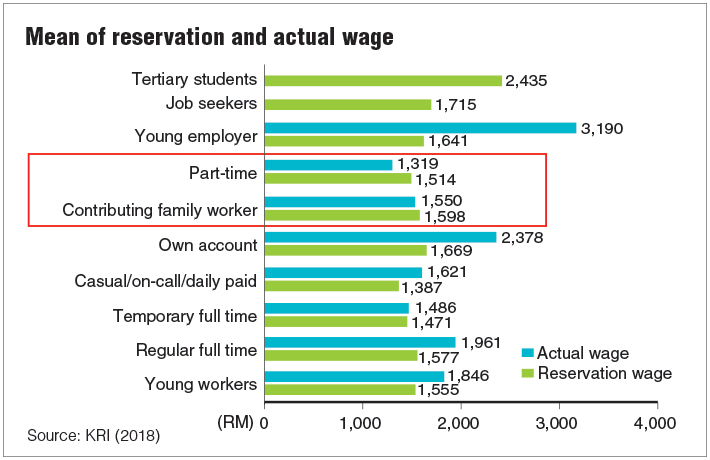 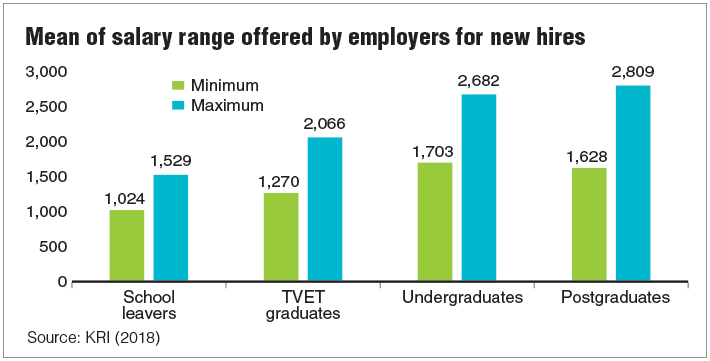 KUALA LUMPUR: Contrary to a common belief that youths in Malaysia are choosy when selecting their jobs and ask for unrealistic wages, results of the latest survey by Khazanah Research Institute (KRI) have shown otherwise.

Indeed, youths, defined as those between 15 and 29 years of age, prioritise work-life balance over a high-paying job.

The report entitled The School-to-Work Transition of Young Malaysians surveyed 23,785 respondents, comprising young people and employers, and was released by KRI yesterday.

The report’s lead author Dr Lim Lin Lean, who is a KRI visiting senior fellow, said Malaysian youths cannot be considered choosy about jobs as most of them are in unskilled or low-skilled jobs, deeming them “overeducated”.

“The current jobs are not equated to their level or field of education. Their actual jobs are not their preferred jobs, (as) many are in jobs that they do not want,” she shared in her presentation to the media yesterday.

Lim also disputed news reports stating that the youths are choosy about employment because they want higher-paying jobs.

“When we asked them about what they considered was the most important characteristic of a job, the young people said it is [a] work-life balance or job security, and [a] high income is only fourth in the list of their priorities,” she said.

The KRI report stated that today’s youths represent the country’s best-educated generation, yet they face a number of difficulties in making the transition from school to work.

Lim also disagreed with reports suggesting that unrealistic wage demands are a cause of youth unemployment.

“This is exactly the opposite of our findings, and this is exactly what this report is trying to debunk. It is not true that youth unemployment is because they are asking for too much.

“Some young workers, particularly those doing part-time work and whom are contributing family workers, are earning below their reservation wage (the wage below which youths would refuse a job offer). In fact, they are accepting lower income so that they have a job,” she said.

While employers complained that fresh graduates are “asking for too much” of between RM2,400 and RM3,000 in starting salaries as stated in a 2017 JobStreet Malaysia survey, KRI’s findings showed that the actual monthly income (mean value) was RM1,846 for young workers and a reservation wage of RM1,715 for young jobseekers.

She also said the Malaysian government should ask itself whether the country should aim for minimum wage, which is the basic level that keeps workers above the poverty line, or should it aim towards a living wage.

“A living wage is a fair, decent wage that is linked to an acceptable standard of living, so it’s beyond basic food and accommodation, and gives you access to some standard of living and is cost-adjusted to different areas. For example, it is clearly more expensive to live in Kuala Lumpur, than in Sabah and Sarawak,” said Lim.

The government announced during Budget 2019 that the new minimum wage nationwide will be set at RM1,100, effective Jan 1, 2019.

KRI executive committee chairman Datuk Hisham Hamdan pointed out, however, implementing a living wage instead of minimum wage would pose a conundrum for corporates that are already grappling with declining profitability.

“The capital providers, the firms ... they are not getting financial returns compared with the cost of capital, and we also have labour providers such as the youth not getting proper wages.

“So these are the issues which we need to solve moving forward, so it is going to be a big conundrum in how to improve the returns on wages for the young people and at the same time provide a solution that is financially viable for the companies,” he said.

The KRI survey also found that youths are not equipped with the skills required by employers, with employers rating soft skills (such as communication skills) and work experience above academic and professional qualifications.

“The misperception, about youths being choosy or asking for unrealistic wages is a perception, but a mismatch that can be addressed is the fact that our educational systems are still emphasising professional and academic qualifications, [and] they are not putting enough emphasis on soft skills [which are sought after by employers].

KRI’s report also dispelled the notion that the youths do not want the jobs done by foreign workers. Indeed, they see foreign workers as a threat to their job opportunities.

The report stated that the youths want high-skilled expatriate jobs, but not migrant jobs. It is not just because the latter are dirty, difficult and dangerous jobs, but because of the low pay compared with what they could earn for similar jobs in Singapore.