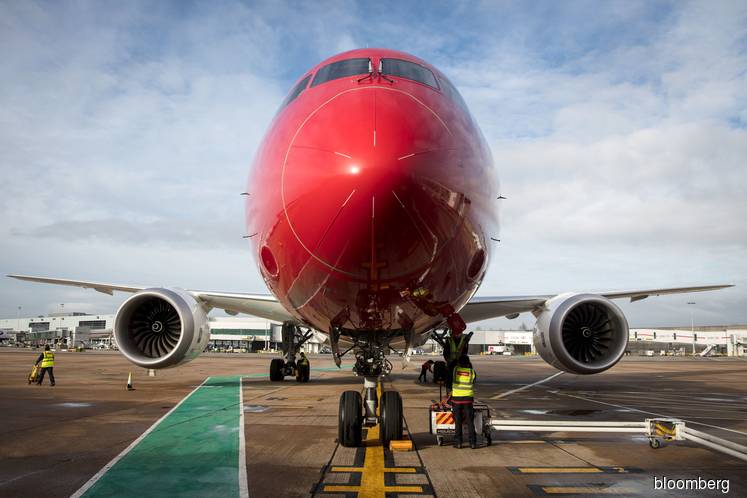 The airline also filed a legal claim seeking the return of pre-delivery payments for the jets plus compensation tied to the Max’s 15-month idling.

DALLAS/CHICAGO (June 30): Norwegian Air Shuttle ASA has notified Boeing Co that it is terminating purchase agreements for all 97 of its remaining jets on order, citing the prolonged grounding of the 737 Max and engine problems with the 787 Dreamliner.

The decision covers 92 of Boeing’s Max narrow-body planes, five of the long-distance Dreamliners and a related maintenance pact, Norwegian said in a statement. The airline, which last month reached a rescue deal with its lenders after the Covid-19 virus decimated air travel, said it also filed a legal claim seeking the return of pre-delivery payments for the jets plus compensation tied to the Max’s 15-month idling.

The termination roils Boeing’s relationship with one of its largest customers in Europe, even if Norwegian’s financial troubles had cast doubt on its ability to take all the planes. The airline has converted about US$1.5 billion of debt into equity and accessed government loan guarantees to stave off a collapse.

As part of the rescue, Norwegian plans to shrink its fleet from its current 160 aircraft. It’s also put a halt to most of its long-haul flights until April 2021. This month, the carrier said it would restart 76 routes in Europe as travel restrictions were eased, allowing it to tap into the usually lucrative summer season when millions of Europeans fly.

Talks with Boeing have “not led to an agreement with a reasonable compensation,” Norwegian said in the statement. The aircraft are worth at least US$10.6 billion based on list prices, before customary discounts.

Norwegian is still seeking to work out an agreement with Boeing on compensation, a person familiar with the matter said. The carrier hasn’t decided whether to continue using the 18 737 Max aircraft that it already has in its fleet once the plane is re-certified, said the person, who asked not to be named citing confidentiality. Norwegian had earlier planned to use the Max on short-haul as well as trans-Atlantic routes that it no longer plans to pursue, the person said.

“We are not going to comment on commercial discussions with our customers,” Chicago-based Boeing said in a statement. “Norwegian Air Shuttle is a longstanding Boeing customer. As with many operators dealing with a very challenging time, we are working on a path forward.”

Norwegian shares rose as much as 8.3% and were up 3.5% as of 10:05 a.m. Tuesday in Oslo. Boeing slipped 2.5% in early New York trading, following the announcement late Monday.

Shares of the U.S. planemaker had surged 14% on Monday, as Boeing and U.S. officials conducted the first test flight in a process to regain certification for the Max from the Federal Aviation Administration. The single-aisle workhorse has been grounded since March 2019, following two deadly crashes.

Norwegian is currently only flying 13 domestic flights operated by eight aircraft. The airline will increase capacity to 20 planes, adding routes to European cities including London, Paris and Barcelona. It’s also bringing back about 600 pilots and cabin crew from furlough.

As cash-strapped carriers seek to halt or postpone jetliner deals, Boeing is more vulnerable to single-aisle cancellations than Airbus SE. Buyers typically have the right to walk away from deliveries that have been delayed more than a year without risk of penalties. Boeing has recorded cancellations for 313 Max planes so far this year.

Kuwaiti lessor Alafco Aviation Lease and Finance Co sued Boeing earlier this year, seeking to scrap an order for 40 Max and reclaim the US$336 million it said it had paid in advance for the aircraft.

“Boeing is having to address high pressure from customers seeking progress payments to be returned on the Max,” Bernstein analyst Douglas Harned said of the Alafco litigation in a June 26 report. “Even though Boeing may have legal arguments to defend itself, we expect Boeing to settle, as we do not believe it would be productive for Boeing to enter into public lawsuits related to Max deliveries.”