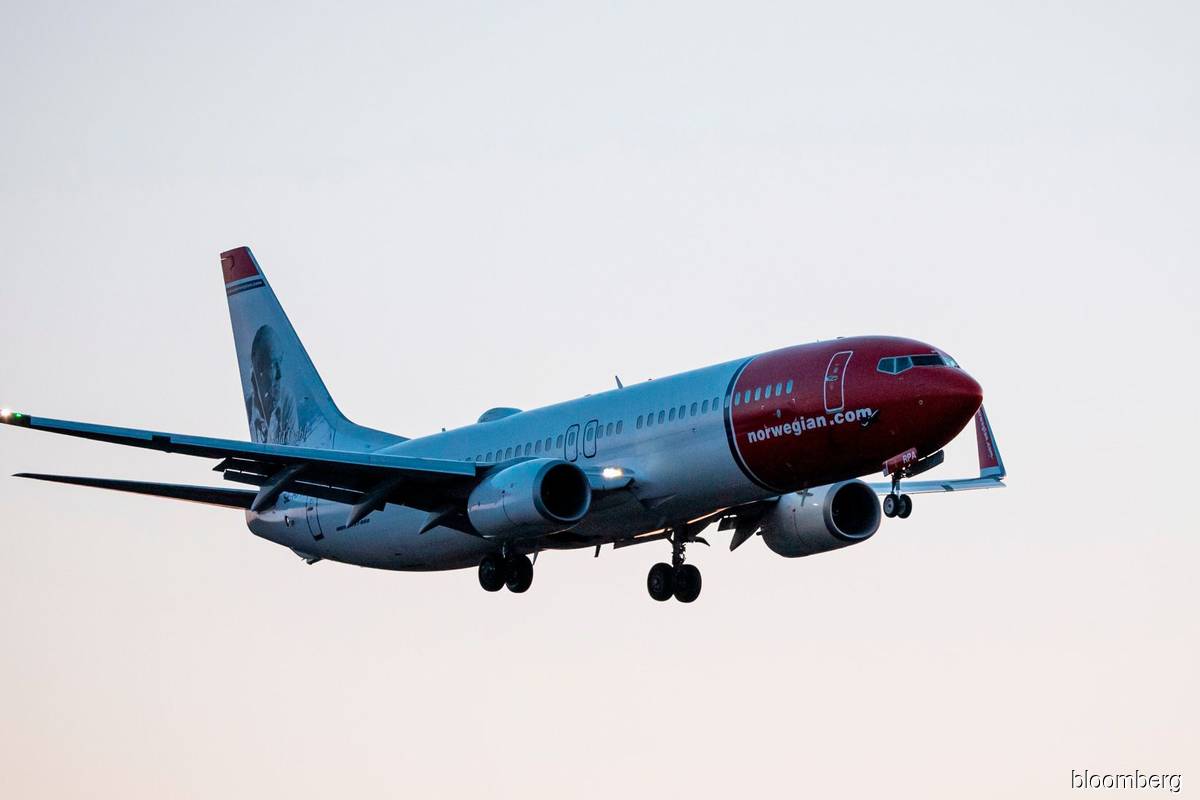 (Jan 14): Norwegian Air Shuttle ASA will give up the low-cost, long-haul business that made it a household name, returning to its roots operating shorter European flights under a plan to exit insolvency.

The restructured airline would serve the Nordics and European destinations with about 50 narrow-body aircraft in 2021, rising to 70 planes next year, Norwegian Air said Thursday in a statement. It seeks to raise as much as 5 billion kroner (US$590 million) in new capital through a rights issue, a private placement and a hybrid instrument.

Norwegian Air’s flights to the US, Latin America and even Bangkok relied on a fleet of modern, fuel-efficient Boeing Co. Dreamliner aircraft that sought to break the spell of other unsuccessful budget long-haul operations. Its retreat from the market will likely ease pressure on rivals like British Airways and Virgin Atlantic Airways Ltd, whose model leans on business travelers to turn a profit on long-distance flights.

Low-cost long haul operators have struggled, especially after the Covid-19 pandemic decimated air travel. British Airways parent IAG, which at one point made a bid for Norwegian, has shut down its Paris-based OpenSkies unit, while AirAsia Group Bhd’s long-haul budget arm AirAsia X is in the midst of a restructuring process.

The Norwegian carrier sought creditor protection in November and secured court approval last month to attempt a restructuring under Irish examinership. Norwegian Air, which was already struggling before the pandemic, is part of a growing list of more than 40 airlines pushed into insolvency since the Covid-19 crisis upended demand for air travel last year.

Key to the latest plan is the participation of the Norwegian government. It had rejected an earlier bailout, partly because some of the aid would be used to fund the long-distance business focused on London’s Gatwick airport and wouldn’t benefit Norway. A dialog is under way, the airline said.

The government received an application and is conducting a “thorough assessment” of the new request, Iselin Nybo, Norway’s trade and industries minister, said in a statement.

“What Norwegian is now outlining is something other than the request we considered in November last year,” the minister said.

About 2,100 jobs will be lost with the move, including 1,100 in the UK, a spokesman for Norwegian Air said. Around 300 UK-based pilots will be made redundant, the Balpa union said in an emailed statement.

The carrier’s rapid growth fueled a debt binge as the carrier ordered new aircraft and opened more routes. Norwegian Air is now seeking to reduce its borrowings to about 20 billion kroner, it said in the statement.

Given the reduced scale of the restructured company, the targeted debt level leaves little room for shareholders, Sanford C. Bernstein analyst Daniel Roeska wrote in a research note. Norwegian Air will be about the size it was in 2012, he said.

“It is more likely, in our view, that the current Norwegian will eventually have to be wound down,” Roeska said. “We still fail to see a clear path to equity value for the company.”

Under the restructuring plan, current shareholders would hold on to about 5% of the company’s equity. They would also be able to participate in a rights offering of up to 400 million kroner.

Impaired creditors would receive about a 25% stake, while new investors would have 70% of the company, through the issuance of new shares or the new hybrid instrument.