Nor Salwani: I was nominated for Datukship even before I testified against Najib 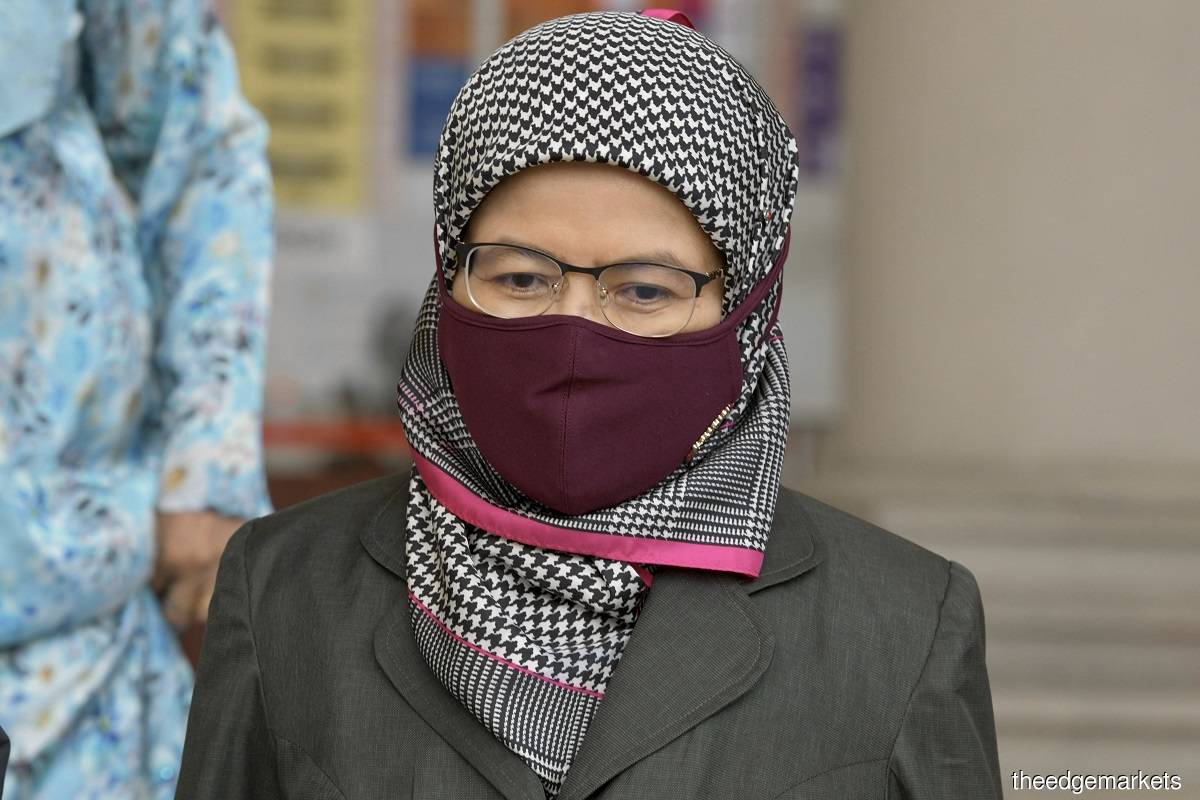 KUALA LUMPUR (Feb 23): National Audit Department (NAD) director Datuk Nor Salwani Muhammad has denied that she was conferred a datukship solely because of her role in exposing the alleged tampering of the original audit report of the scandal-hit 1Malaysia Development Bhd (1MDB).

Testifying in the 1MDB audit report tampering trial at the High Court, Nor Salwani said she was nominated for a royal award even before her earlier testimony at this trial in November 2019.

"The award was not just to appreciate me for keeping the evidence... I was nominated by NAD for the Panglima Mahkota Wilayah (which carries the title Datuk) because I have served in the Ministry of Federal Territories and NAD for almost 30 years," she said.

She was replying to defence counsel Tan Sri Muhammad Shafee Abdullah, who referred to a report by the Harian Metro newspaper on Feb 1, 2020 which stated that Nor Salwani was awarded the datukship for keeping the evidence that proved the alleged tampering of the 1MDB audit report.

Nor Salwani, however, disagreed with that suggestion.

The news report also quoted then federal territories minister Khalid Abdul Samad as saying that the conferment was proof that the ministry rejected any form of corruption and abuse of power.

When Muhammad Shafee asked for her views on this, Nor Salwani said: "I respect the minister's view. However, based on what happened, my nomination took place before the minister's suggestion."

"I am the head of the internal audit department and one of the pioneers in the internal audit unit in the Ministry of Federal Territories. I was working together with the current senior officials in the ministry during the initial stages of re-establishing the ministry. So the justification that I was only conferred the datukship on that basis, I do not agree, Yang Arif," she added.

On Feb 1, 2020, Nor Salwani was conferred a datukship by Yang di-Pertuan Agong Al-Sultan Abdullah Ri'ayatuddin Al-Mustafa Billah Shah, in conjunction with the Federal Territories Day.

Nor Salwani, who is the prosecution's fifth witness, made headlines in November 2019 after she testified that she was the one who recorded the fateful Feb 24, 2016 meeting where top government officials agreed to amend and destroy the original 1MDB audit report.

According to earlier testimonials, the meeting — which lasted about two hours and 40 minutes — was held on former prime minister Datuk Seri Najib Razak's orders, and the audio clip of the meeting was used as evidence in court.

Nor Salwani previously testified that she went to the Feb 24, 2016 meeting as the coordinator of the 1MDB audit report team but was not allowed into the room. Just before leaving the meeting room, Nor Salwani slipped a recording device inside a pencil case belonging to her superior, former NAD audit director Saadatul Nafisah Bashir Ahmad.

The meeting, which was attended by representatives from the NAD, 1MDB, the Attorney-General's Chambers, as well as then chief secretary to the government Tan Sri Dr Ali Hamsa, Najib's then chief private secretary Tan Sri Shukry Mohd Salleh, and former 1MDB chief executive officer Arul Kanda Kandasamy, discussed and agreed to amend and destroy the original 1MDB audit report.

Nor Salwani was the coordinator of the NAD special 1MDB audit report team, tasked with auditing 1MDB in 2015 in order to be presented to the Public Accounts Committee.

She was also praised for defying the orders of then auditor-general Tan Sri Ambrin Buang who had instructed Nor Salwani to destroy all copies of the 1MDB audit report. She instead retained the sole original copy in her safekeeping to be passed to the next auditor-general. Only the modified copy was submitted to Parliament's Public Accounts Committee.

In this trial, Najib is charged with abusing his power to amend the report before it was submitted to the Public Accounts Committee to protect himself from disciplinary, civil and criminal actions while Arul Kanda is charged with abetting the former premier.