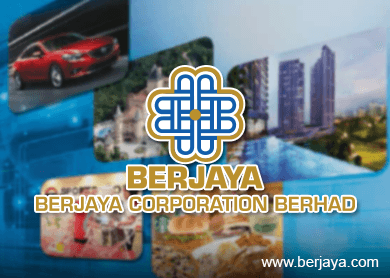 KUALA LUMPUR (June 30): Berjaya Corp Bhd (BCorp) has registered a bigger net loss for its fourth financial quarter ended April 30, 2015 (4QFY15) at RM274.97 million, from RM250.45 million a year ago. The wider net loss was attributed to the non-cash impairment in value of goodwill relating to the gaming cash generating units of RM442.23 million.

Revenue for the quarter also saw a decrease of 5.93% to RM2.33 billion from RM2.47 billion in 4QFY14, to which the group attributed to the deconsolidation of revenue from Berjaya Auto Bhd, which took effect from Dec 1, 2014.

The group attributed the increase in annual revenue for the financial year to the consolidation of revenue from motor distribution segment HR Owen’s 12-month results versus the 6-month consolidated results in the previous financial year.

The diversified group has declared a final 1% single-tier dividend per share for the approval of shareholders at the coming annual general meeting.

Moving forward, the group said that given the current economic outlook, FY16 is expected to be a challenging one.

In a separate filing, the group has proposed for the disposal of 100% stake in Berjaya Environmental Engineering (Foshan) Co Ltd.

BCorp had on June 30, 2015 entered into a share transfer agreement with Foshan City Nanhai Grandblue Solid Waste Treatment Holding Co Ltd. for the disposal of its subsidiary for RMB126.75 million cash, or RM76.68 million.

“The cash consideration of RMB126.75 million was arrived at on a ‘willing-buyer willing-seller’ basis,” it said.

“Barring any unforeseen circumstances, the proposed disposal is expected to be completed by third quarter of 2015,” it said.