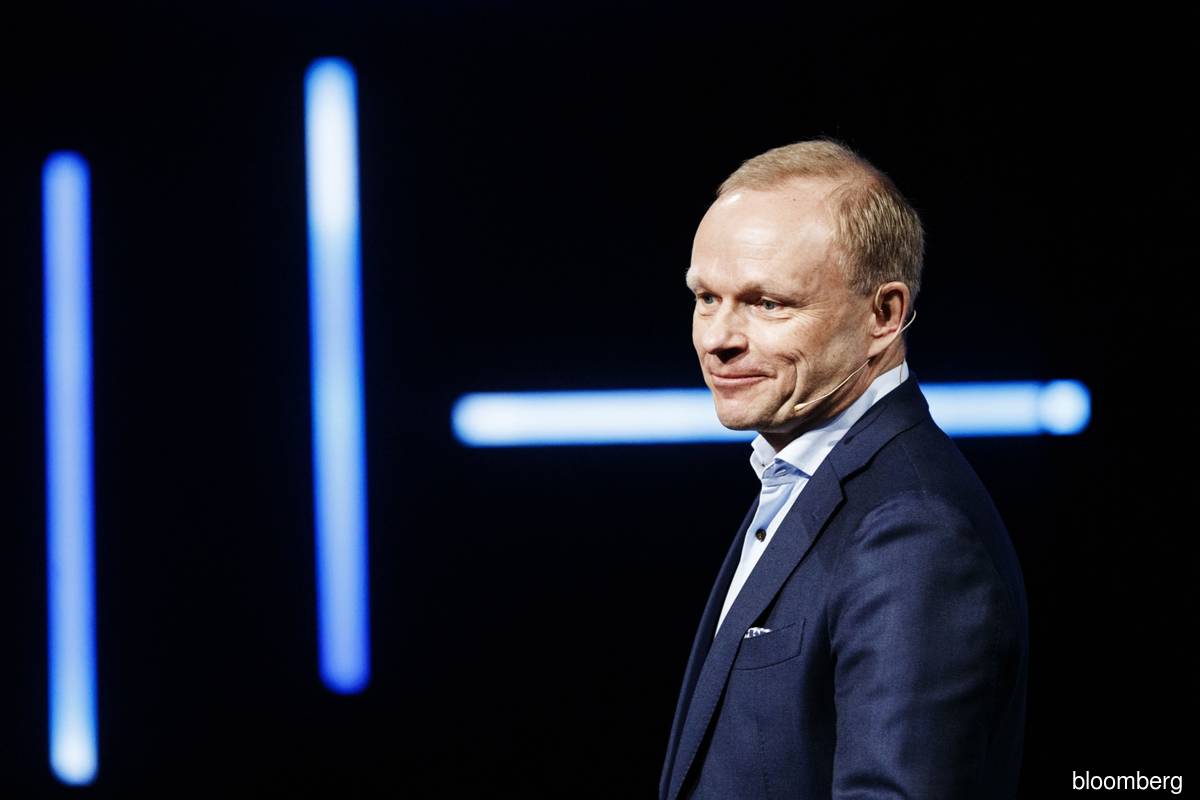 Lundmark, who took the reins at Nokia on Aug 1, is finding his footing in a tense situation that pits China — and Nokia’s rival Huawei Technologies Co Ltd — against the US and other governments moving to ban the Chinese supplier from their fifth-generation (5G) mobile networks.

“I think it would be a big mistake if individual businesses would start to drive their political agenda,” he said in an interview yesterday. “It’s very important that businesses play it straight and stay where they should stay. We do not have a political agenda, we are a pure business.”

US President Donald Trump’s administration has been pressuring allies against using Huawei’s equipment, which it argues could pose a danger to network security. Huawei has forcefully and repeatedly denied these allegations. Huawei isn’t the only Chinese tech firm targeted: On Thursday, Trump moved to ban Chinese-owned TikTok and WeChat social media apps.

Huawei’s troubles have brought some business Nokia’s way, the company said last month. Nokia is also getting orders from operators, who are investing in added capacity for existing networks as people stream entertainment and attend virtual meetings amid the pandemic. The US and the UK have signalled that they are considering some form of aid to Nokia and its Swedish competitor, Ericsson AB, to ensure competition in the supply of 5G gear.

Nokia lags behind rivals in the 5G race, and that’s what Lundmark has been brought in to fix. Five days into his new job, the CEO said he is busy speaking with customers and has begun mapping a path forward.

“My goal definitely is that I would be able to say something more concrete before the end of the year” on “what next steps we should take on the market”, he said.

That may seem like a long time for shareholders, reeling from a 40% drop in the stock price since a 2015 high (on the day it announced the purchase of Alcatel-Lucent). They have been waiting since early March for Lundmark to take the reins, and many have expressed hopes he would act fast to start a turnaround. Lundmark said he has plans for an investor day “in due course”, a rare event at Nokia, which has only held two Capital Markets Days since 2009, the last one in 2016.

“We have had our ups and downs in Nokia’s performance and the company has gone through a fundamental transformation,” he said. “But I’m also cautiously optimistic about the situation right now.”