THE Hindi movie genre brings to mind an over-two-hour flick of song and dance, and stories of love and happy endings — quite like the Deepavali release of Happy New Year (HNY), which was directed by Farah Khan and produced by Gauri Khan, wife of one of the seven Bollywood stars cast in the movie, Shah Rukh Khan.

HNY told a story similar to the Ocean trilogy, which starred George Clooney, with the added elements of a typically good Bollywood masala — catchy songs with colourful wardrobes, elaborate stunts and all of these elements coming together (albeit with some drama) at the end.

On the other end of the spectrum is Geetu Mohandas’ Liar’s Dice. Her directorial debut hits viewers with its no-frills, cold-water-in-your-face horrible reality about the social issues that plague India. The 103-minute film forces the audience to deal with issues such as migrant labourers and the human exploitation involved in migrating to cities.

In an exclusive interview with The Edge Financial Daily recently, Mohandas shared her desire to give a name to the statistics.

“In this era of globalisation when life is in the fast lane, materialism is important and instant gratification has become India’s mantra. Poor people only get the nation’s attention when a crime or tragedy befalls them. They are on the back pages of newspapers.

“That is the value of a human life. I’m talking about displacement, the nameless men in the country. I wanted to give them a name in the film, an identity and a background. I think that’s where the whole story stems from,” the actress-turned-director said.

Liar’s Dice follows the journey of a young mother, Kamala, and her audacious three-year-old daughter Manya, who leave their home in a small village on the mountains of the India-China border called Chitkul. They are searching for Kamala’s husband, Harud, who has been missing for five months. Kamala and Manya find themselves in New Delhi, city of big dreams. At the start of their journey, they encounter Nawazuddin, or Nawaz, who seems to be going the same direction. Nawaz sometimes plays the role of a protector. Otherwise, he is an opportunist.

Kamala realises very early on in her journey that she is unprepared for the perils of travel, and comes to rely on Nawaz for guidance and protection for her and Manya. The film also explores the relationship between a man and a woman and manages to avoid stereotyped depictions that occur, more so now because of India’s current economic and socio-political conditions. This is one of the few Hindi movies that have very little dialogue. The audience will need to pick up cues, some subtle and some not so subtle, and have an understanding of migrant issues in India.

This independent film beat thousands of other entries when it was picked as the country’s official entry for the Best Foreign Picture nomination at the 87th Academy Awards (also known as the Oscars) that will take place on Feb 22 at the Dolby Theatre in Los Angeles.

Mohandas admitted that she felt “overwhelmed” when the news broke that Liar’s Dice would represent India at the Oscars. The success of the film so far offered her the validation she had looked for ever since she started to market the idea for the film six years ago. Mohandas was rejected by Bollywood production houses. “They turned it down, saying that while it’s a well-written script, they didn’t have a marketing strategy for a film like this.”

Fortunately, her uncle, who is PetraTara Studios chairman Datuk Vinod Sekhar, told her to just “make your film”, which pushed her to get the cameras rolling.

Sources close to the production team said that the studio invested close to RM1 million to produce the movie and in doing so, the Malaysian studio has an opportunity to share in the glamour of being represented at the Oscars for the first time.

“Liar’s Dice is now up against 83 other foreign films and if the Academy chooses it to be in the top five for the foreign film category, then we have a shot at that coveted gold statue,” Mohandas said.

The idea for the script was conceived eight years ago when Mohandas read a newspaper report about a prominent industrialist in India. He had killed seven people, but there was no mention of the victims’ identities.

“These lives were turned into statistics. I wondered who they were and if their family members knew about their deaths. Because, like I said earlier, no one wants to take responsibility for these lost lives and the financial compensation is only given to those who come looking for their loved ones,” she said.

“I [hoped] that as responsible Indian citizens, they would question why no names were given, why there was no follow-up of who they were, and if the victims’ families had been informed of their deaths,” Mohandas said of the message she wanted to send across.

The film is truly a labour of love for the production team, cast and post-production crew.

The lengths to which the actors — Nawazzuddin Siddiqui as Nawazuddin, Geetanjali Thapa as Kamala and Manya Gupta as Manya — went to portray the characters leave the audience moved, while the international audience gets a glimpse of what India is about, besides the razzle-dazzle of Bollywood.

In the closing credits, Mohandas stated: “I dedicate this film to the vast magnitude of nameless people who are remembered as mere statistics.” 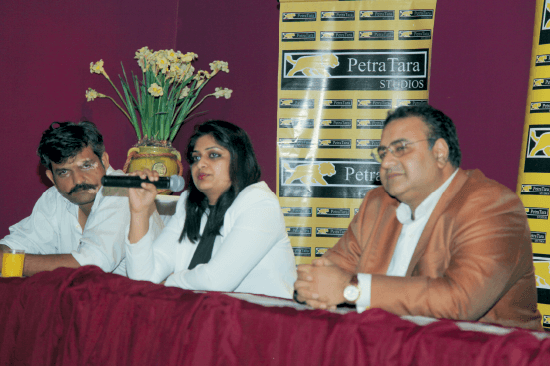 This article first appeared in The Edge Financial Daily, on January 2, 2015.