No pause or review of government highway takeover — source 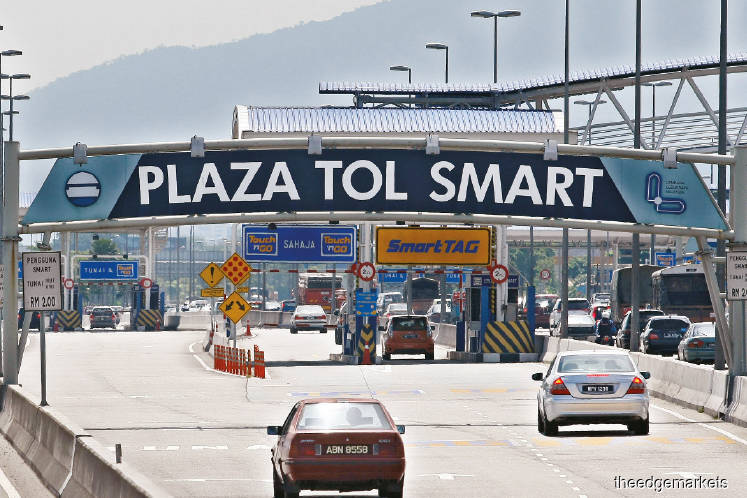 The Prime Minister’s Office, when contacted, said the decision to take over the highways was still pending final approval from the cabinet. The Edge file photo

KUALA LUMPUR: There is no pause or review in the government’s proposal to take over four Klang Valley highways, a source who has knowledge on the matter said yesterday.

The source told The Edge Financial Daily this when asked to comment on a report by Singapore’s The Straits Times that the plan to take over the four highways had been paused for a review of the takeover price.

“The story was slanted with an agenda. Status hasn't changed. There's no review,” the source said. “The ministry of finance (MoF) is in the process of submitting a cabinet paper for the final approval.”

When contacted, a representative of Gamuda Bhd, which is linked to the concessionaires of the four highways, said there has been no further communication with the government on the matter as the final decision on the proposed takeover has yet to take place.

The Prime Minister’s Office, when contacted, said the decision to take over the highways was still pending final approval from the cabinet.

Finance Minister Lim Guan Eng and Works Minister Baru Bian have at press time not responded to queries made by The Edge Financial Daily on the matter.

The Straits Times, citing government sources, said certain quarters in the government, including cabinet ministers, found the offer to be excessive.

They also viewed that the MoF’s projected revenue, based on the shift to a concession charge, would not allow for the acquisition to be self-funded as initially stated.

In addition, The Straits Times report also alleged that the takeover bid was causing friction in the government, as well as internal resistance within the MoF.

Earlier this month, Prime Minister Tun Dr Mahathir Mohamad said there was no decision on the proposed takeover yet.

The highways in the government’s sights are the Damansara-Puchong Expressway, SPRINT Expressway, Shah Alam Expressway (Kesas), and the Stormwater Management and Road Tunnel (SMART Tunnel).

Guan Eng was reported to have said earlier this month that the congestion charge, which is to be implemented on Jan 1, 2020, upon receiving cabinet approval, would be used to pay for bonds issued to finance the RM6.2 billion takeover of the highways.