No more ‘business as usual’ in airport expansion financing model 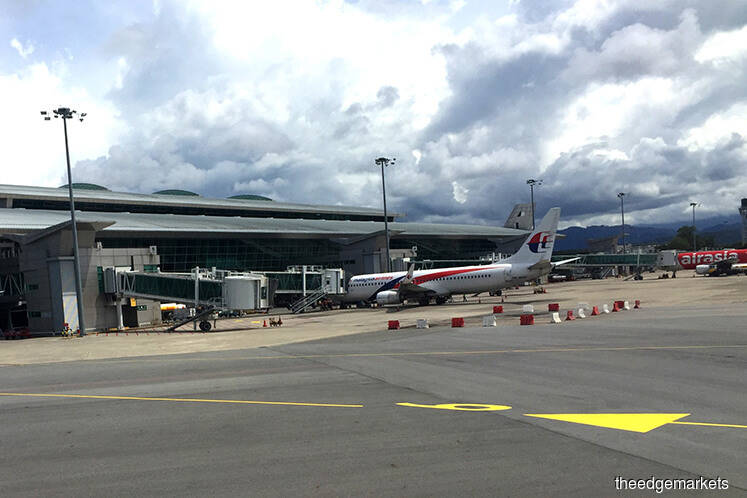 KUALA LUMPUR: It will no longer be “business as usual” for the expansion of airports in the country as the government looks to new financing models to cut cost, said Transport Minister Anthony Loke. And one thing for sure is that no airline will be allowed to monopolise the airports.

“As far as airport expansions are concerned, we are not satisfied with the status quo. How do we expand the airports without incurring cost? We cannot keep spending on developmental expenditure for airport expansions,” he told reporters at the Parliament lobby yesterday.

The current model states that the federal government bears the cost for expansions, eventually causing constraints on the budget, he said.

Having said that, the ministry is also reviewing the costs and the tender process of KKIA and Sandakan Airport as theirs were done via direct negotiation.

Loke said airport expansions need not be government-driven, which meant that it would be keen on joint ventures, private finance initiatives or other modes of financing, going forward.

However, he said there would be no monopoly or exclusive rights given to any airline to operate an airport, when asked about AirAsia Group Bhd’s interest in operating KKIA’s Terminal 2 (T2).

“It cannot be a monopoly. [For instance] at klia2, the most dominant airline is AirAsia but others can operate out of there too. It cannot be exclusive for one airline only. We don’t favour one airline, we are serving many airlines,” he said.

Asked if the transfer of cost would burden passengers, Loke said it is still in early days as the issue is at the initial stages but assured that the model would be sustainable without burdening the government and the people.

In Malaysia, there is no precedent for a single airline to operate an airport, he pointed out.

“It is not normal for an airline to operate an airport [here] unlike in other countries. So far, only AirAsia has expressed interest to operate T2. It is a major decision as there could be implications. That’s why we have to study a new model,” he said, adding that the government will have to discuss with various stakeholders including the Malaysian Aviation Commission, Malaysia Airports Holdings Bhd (MAHB) and regulating bodies.

“I can’t say much because these (MAHB and AirAsia) are public listed companies, it would jeopardise the market, [but] the government would definitely have a role [to play in the projects]. Airports won’t be wholly operated by the private sector,” he added.

Meanwhile, Loke said his ministry is open to reviewing AirAsia’s proposal to revive operations at T2 for low-cost carrier use upon receiving its written proposal.

“We are open to the proposal by AirAsia but it is subject to the technical aspects. The technical constraints include the runway and I don’t want to say more about it (the constraint) as it would jeopardise the proposal.

“I knew about the proposal through the media reports and he (AirAsia group chief executive officer Tan Sri Tony Fernandes) also has spoken to me verbally, but there is no written proposal [submitted] so far,” he said.