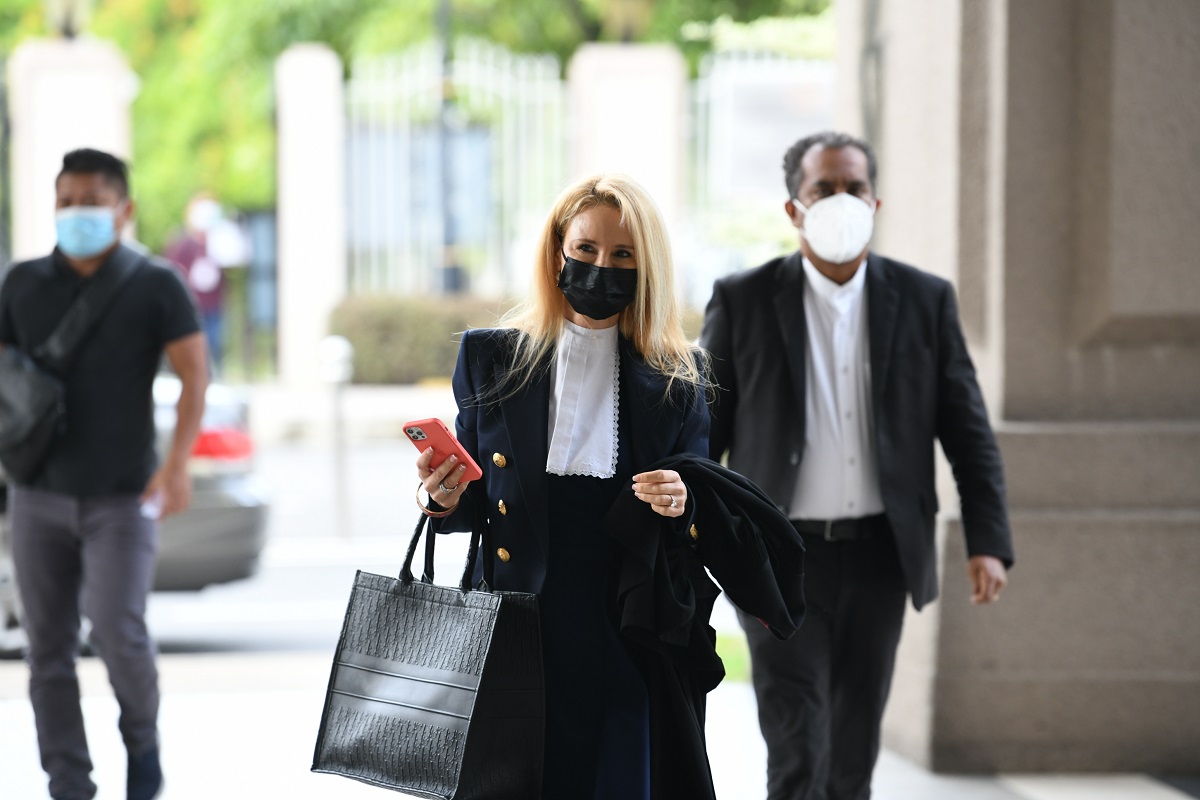 KUALA LUMPUR (April 23): Former prime minister Datuk Seri Najib’s lawyer Tania Scivetti said today the prosecution’s asset forfeiture action against Najib must be dismissed because there is no evidence that the seized properties from his residence along Jalan Langgak Duta were linked to alleged 1Malaysia Development Bhd (1MDB)-related money in his AmBank accounts.

Scivetti told High Court Judge Mohamed Zaini Mazlan today that the prosecution failed to prove how the funds that were sent to Najib’s AmBank accounts are linked to the properties seized from Najib’s residence in 2018 during a raid by the police then.

At the High Court here today, Scivetti said, "There is no evidence at all before this Honourable Court that the seized properties were proceeds of unlawful activity.”

She said the prosecution failed to adduce any evidence that the money in Najib’s AmBank accounts was converted into foreign currencies.

According to her, if there was such a currency-conversion transaction, the prosecution should have substantiated their investigation with particulars of money changers, bankers and receipts supporting the conversion of the monies.

Scivetti, citing police Superintendent Foo Wei Min’s statement, also contended that there is no nexus between the alleged 1MDB funds in Najib’s AmBank accounts and the seized luxury watches.

According to Scivetti, Foo’s statement, which was included in the prosecution’s written submissions for the case, indicated his investigations found the transfer of alleged 1MDB-linked funds to the bank accounts of several foreign companies and that the money was used to buy luxury handbags and watches.

Scivetti, however, said Foo did not furnish evidence to show the link between the watches and the alleged 1MDB funds.

“Likewise, there were no receipts to link the seized watches and jewellery with the bank statements exhibited by Superintendent Foo,” she said.

Scivetti, citing the prosecution’s submissions, also said there were material gaps in the alleged 1MDB money trail and that senior assistant commissioner of police (SAC) Rajagopal Ramadhass had failed to prove that an offence was committed.

She said there is no documentary evidence such as bank statements from 1MDB, Good Star Ltd, 1MDB Energy Ltd, Aabar BVI and other entities that were outlined in the money trail to show that the money that ended up in Najib’s AmBank accounts originated from 1MDB.