Malaysia
Politics & Government
In The Edge Singapore this week 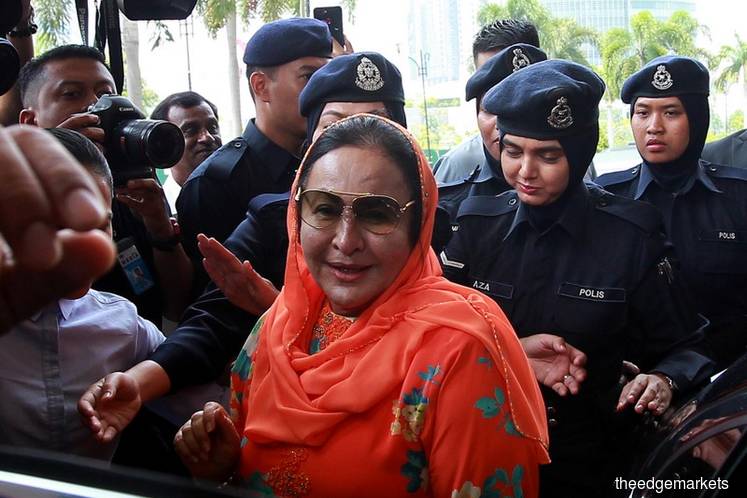 SINGAPORE (Oct 29): Malaysians like to say that Singapore profits at their country’s expense. After all, Singapore buys water from Malaysia at a seemingly low price. Singapore draws its best talent from Malaysia’s labour market. Singapore also gets some of the best durians from up north, though China is now giving it a run for its money. Since May 9, the day Malaysian voters booted out the corrupt Barisan Nasional government led by Najib Razak, Singapore has been profiting once again — from an avalanche of material for comedy and entertainment.

First of all, there is Najib’s wife, Rosmah Mansor, whose appearance and legendary collection of Birkin handbags are being mercilessly mocked in Singapore. In fact, just one week after the fateful election, a medical doctor in Singapore was speculating on his blog about the types of plastic surgeries Rosmah might have had. Then, earlier this month, celebrity blogger Xiaxue, in the name of celebrating Halloween, uploaded a teaser video of herself putting on make-up that made her look like a comical version of Rosmah. To complete the look, Xiaxue wore an orange prisoner’s garb with a tag saying “R Mansor” and a serial number 620113.

Rosmah was not spared by Singapore’s local theatre. Earlier this month, a video was circulated showing a spoof encounter between Ho Ching, wife of Prime Minister Lee Hsien Loong, and Rosmah, who proclaims: “They can raid my house, they can take away my bags, my diamonds, my husband. But they cannot take away from me… my botox, my implants, my facelift and... (Click here to read the full story)