No firm price tag yet for HSR 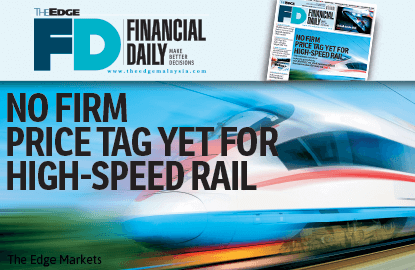 Several figures have been reported on the cost of constructing the HSR — RM65 billion was mentioned in November, up from RM40 billion reported in the middle of last year. Then there was the RM70 billion that was presented at an event by China Railway in December as the amount of direct benefit that would be derived from the project, which has been mistaken as the possible cost of the project.

“Any estimate out there is purely speculation. We have an internal estimate for working purposes, but it’s never been made public.

“We are going for international tender, hopefully next year. So it’s not appropriate to disclose what we think it should be. Based on the tender, the participants are free to put in their own version of their design, and we’ll be selecting based on those designs [offering] the best value for the country,” Mohd Nur Ismal said.

“But of course it’s a rough estimate,” he added.

Questions on the supposedly high price tag have been raised lately, as in 2007, conglomerate YTL and its technical partner Germany’s Siemens AG had put in a proposal to build the HSR or bullet train linking Kuala Lumpur and Singapore at a cost of only RM8 billion.

“In any case there will be an international tender. Whoever can do it at RM8 billion will definitely trump those with higher prices,” he said.

Meanwhile, the Singaporean transport ministry had asserted on Monday that both the Singaporean and Malaysian governments are still discussing the commercial and operating models of the proposed HSR project that will link Malaysia and Singapore.

A news report in Singapore’s The Straits Times, quoting a ministry spokesman, said both governments were discussing the possibility of having two services — a non-stop express service linking Kuala Lumpur and Singapore, and a transit service with several stops in between.

The spokesman said the alignment between the two countries is also still under discussion, with the exact alignment to be finalised after the completion of detailed engineering studies, the report stated. 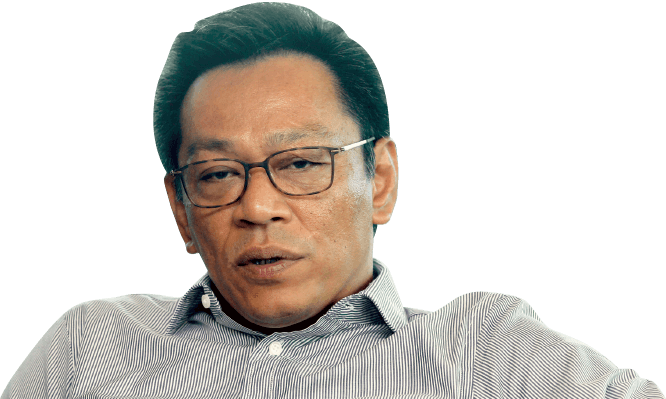 Both countries are studying the feedback gathered from a request-for-information exercise that concluded in December and will be used “to improve the project’s commercial and operating models and procurement approach”, the report added.

The assertion came following a report on the same day by The Edge Financial Daily, quoting Mohd Nur Ismal, which had said that both the Malaysian and Singaporean governments had reached a consensus on the alignment of the 330km HSR project and the model of services.

Mohd Nur Ismal had said that one of the services would be a direct service linking Malaysia and Singapore while the other would be a transit service with stops in Bandar Malaysia, Seremban, Melaka, Muar, Batu Pahat, Nusajaya and Singapore.