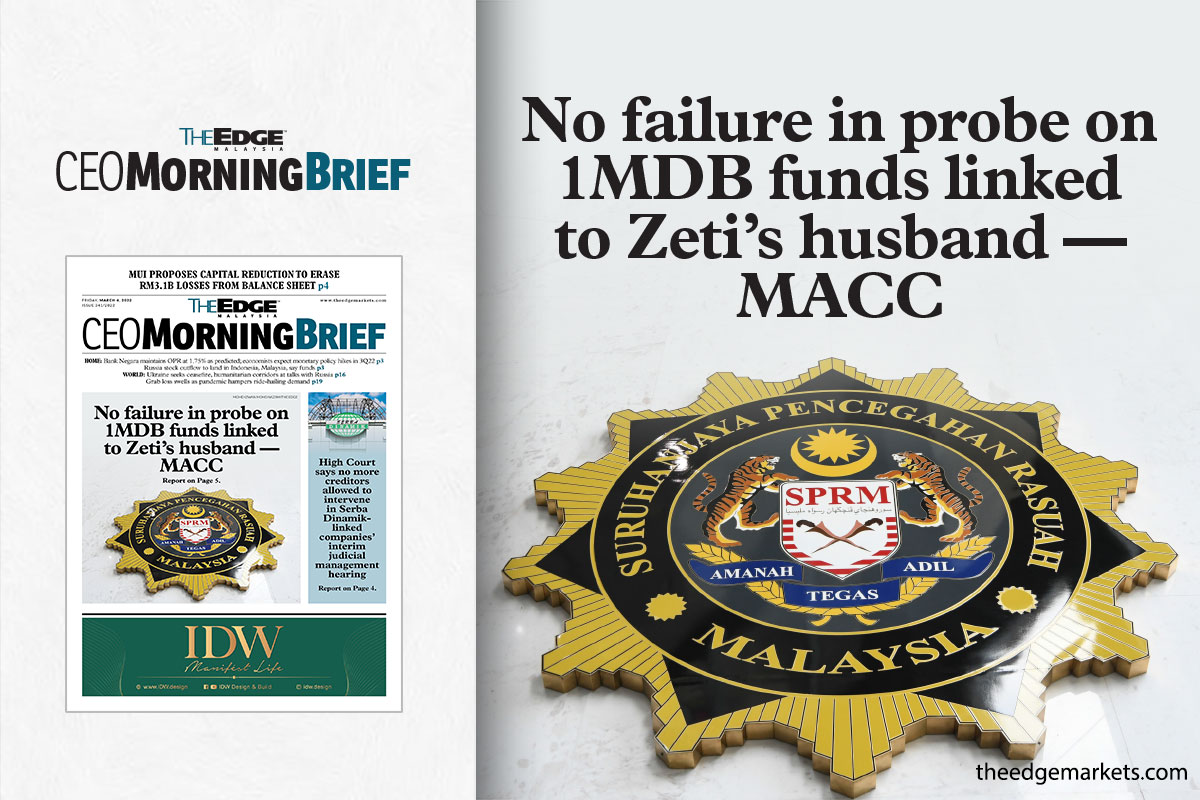 Prior to this, MACC chief commissioner Tan Sri Azam Baki had told reporters that the MACC was tasked with repatriating some US$15.4 million of 1MDB funds linked to Tawfiq from Singapore, but added that the criminal side of the investigation was being handled by the police.

In a statement on Thursday (March 3), the anti-graft body clarified that this is “not something new”, saying that the arrangement of the investigation between the MACC and police in Tawfiq’s case had been coordinated by the Attorney General’s Chambers (AGC) at the end of 2018.

“MACC’s focus was to identify and recover the funds related to the 1MDB case, which included a sum of US$15.4 million involving the account belonging to Cutting Edge Industries Ltd, owned by Tawfiq.

“On Nov 19, 2021, MACC issued a statement confirming the return of the said 1MDB funds,” the agency said.

Meanwhile, MACC said AGC had instructed the police to focus on the criminal offence aspect of the investigation, which is still ongoing.

It added that the investigation was laid out in this manner to avoid any overlap involving the collection of evidence and testimony of those involved, and to ease dealings with Singaporean authorities by giving priority to the enforcement agency conducting the criminal investigation.

“Accordingly, there is no issue of failure of any enforcement agency to detect, investigate and prosecute any wrongdoing of the aforementioned financial transaction as raised by some parties,” MACC said.

Transparency International Malaysia has issued a statement questioning the MACC decision to leave corruption allegation investigations against Tawfiq to the police.

It said the anti-graft body should exercise its powers to investigate cases linked to the 1MDB scandal in addition to ensuring the return of funds linked to 1MDB from Singapore.

The issue relating to Tawfiq and the US$15.4 million 1MDB-linked funds surfaced after Leissner testified that the husband of the former BNM governor had been bribed for BNM’s approval of an overnight transfer of US$1 billion for the PetroSaudi-1MDB joint-venture project.

Tawfiq in a statement last week, denied the allegations against him, saying he had never known, met or communicated with Leissner or Ng.