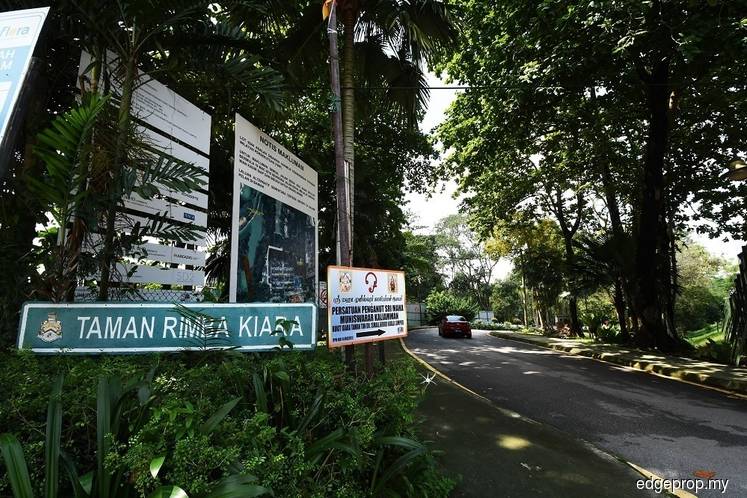 KUALA LUMPUR (April 23): Yayasan Wilayah Persekutuan (YWP), the owner of the land near Taman Rimba Kiara on which a controversial development has been proposed has finally broken its silence to clear some air over the matter. It's CEO Zaizalnizam Zainun has come up with this statement:

It is time to clear up the misconceptions and inaccurate reporting over the proposed development in Taman Rimba Kiara. Yayasan Wilayah Persekutuan as the registered proprietor of the said land, would like to clarify and provide accurate information pertaining to the project so that public are not confused over the inconsistent statements issued in the past few weeks.

1)    No Encroachment into Taman Rimba Kiara Park
YWP and the developer have compromised and agreed to scale down the proposed development to only 8 acres (3.2ha) from 12 acres (4.9ha) and return the 4 acres (1.6ha) remaining land to be gazetted as an open space together with the existing 13.0 acres not included in the development proposal. This means a total of 17.0 acres (6.9ha) of the green portion of Taman Rimba Kiara remains untouched for public. Hence, public at large will continue to enjoy the park they love.

The development is not encroaching into the existing large green park, jogging track or beautiful pond while the existing Sri Maha Mariamman temple will remain on the existing 0.3-acre land assigned to it. The developer has further allocated an additional land of 0.39-acre, now totalling 0.69-acre, for the benefit of the temple devotees.

2)    Cross - subsidy for Affordable Housing
The ‘Rumah Mampu Milik Wilayah Persekutuan’ (RUMAWIP) in Bukit Kiara will continue to be built based on cross-subsidy system, funded by the developer. They will use revenue from the sale of planned condominiums on the said land, to fully subsidise the cost of constructing the affordable apartments and land costs for both the 1.0-acre affordable housing and temple, which will be allocated with a bigger piece of land measuring 0.69-acre. This in turn, will help to save the government’s expenses and fulfill the national housing agenda at the same time.

But the difference now is YWP and the developer will have to compromise by scaling down from 8 blocks to 4 blocks of condominium whilst continuing to subsidise the land and construction costs of the affordable housing, besides returning the 4 acres of land into an open space of Taman Rimba Kiara.

While all parties abide by the recent court’s decision upholding the validity of the Development Order (DO) and the legally binding Master Resettlement Agreement (MRA), the above seems to be the best amicable solution that meets all parties concerned, namely Bukit Kiara longhouse settlers, YWP, the developer and Residents Association (RA) of Taman Tun Dr Ismail.

3)    No Relocation of Longhouses
Bukit Kiara longhouse settlers have never been asked to relocate or move out from their existing longhouses during the construction of the affordable housing, RUMAWIP.

Under the MRA entered between YWP and Pertubuhan Penduduk Perumahan Awam Bukit Kiara’s RA in 2015, it clearly states that the longhouse settlers are not required to relocate and will remain staying at their existing longhouses pending the construction of RUMAWIP. The proposed RUMAWIP comprises 1-block of apartment on 1-acre land, which will be built 10 metres away from the existing longhouses; while the Sri Maha Mariamman temple will continue to remain on the existing land.

Hence, it is very irresponsible and unjust to YWP, when the public is misled with the misleading statement, that YWP will move them elsewhere.

4)    Not Flats, but Apartments
It is also misleading to report that small units flat will be built for the longhouse settlers. The proposed affordable housing or RUMAWIP is under the jurisdiction of Kementerian Wilayah Persekutuan (KWP).

Designed by KWP, the policy of ‘Mampu Milik’ states that every Wilayah resident must get a minimum unit size of 850 sq ft featuring 3-bedroom and 2-bathroom, thus ensuring sustainable community living.

The proposed 850 sq ft apartments will transform and improve the longhouse settlers’ current inadequate living conditions, to sustainable community living equipped with proper facilities such as multipurpose hall, kindergarden, convenience store, laundry shop, management office, surau, reading room, podium area and open green space. In fact, the longhouses will enjoy a better quality of life from the 850 sq ft from the proposed apartment unit size, compared to their current longhouses size which are ranging from 480-600 sq ft per unit.

5)    RA of Bukit Kiara Longhouse Settlers
Pertubuhan Penduduk Perumahan Awam Bukit Kiara is a registered RA for Bukit Kiara longhouse community since 2003 and it’s the only RA endorsed by Dewan Bandaraya Kuala Lumpur (DBKL). All the longhouses units are registered as ‘Rumah Awam’ under DBKL. Each of the rightful owner namely the first generation registered their names and have a yellow card issued by DBKL.

Thus, being the recognised RA representing the interests of the Bukit Kiara longhouse community, Pertubuhan Penduduk Perumahan Awam Bukit Kiara had signed the MRA with YWP in 2015. Recently, the Bukit Kiara longhouses’ RA held their 16th AGM on 31 March 2019 with full attendance from the longhouse community, accompanied by an independent body to ensure transparent voting process. And once again Mr. Sunderam Vadiveloo has been elected as the President for the endorsed RA.

Hence, YWP will continue to communicate with the rightful person representing Bukit Kiara longhouse settlers’ rights and needs. Under the MRA, the first generation of each family namely the rightful owner, will be given one unit of affordable apartment for free. Another 100 units of apartment will be allocated for the second generation, mainly to the person nominated by the first generation to purchase at a 50 % discounted rate.

6)    Repair Works at Longhouses
On goodwill basis, the developer had contributed RM700,000 to help on the overall repair works for the dilapidated longhouses pending the completion of RUMAWIP. Some of the repair works that were carried out included water piping, sewerage blockage, septic tank among others.

The temporary longhouses were built 36 years ago, and the conditions of the longhouses are dilapidating day by day while waiting for the completion of their affordable apartments. Thus, construction of their new homes should not be delayed any longer.