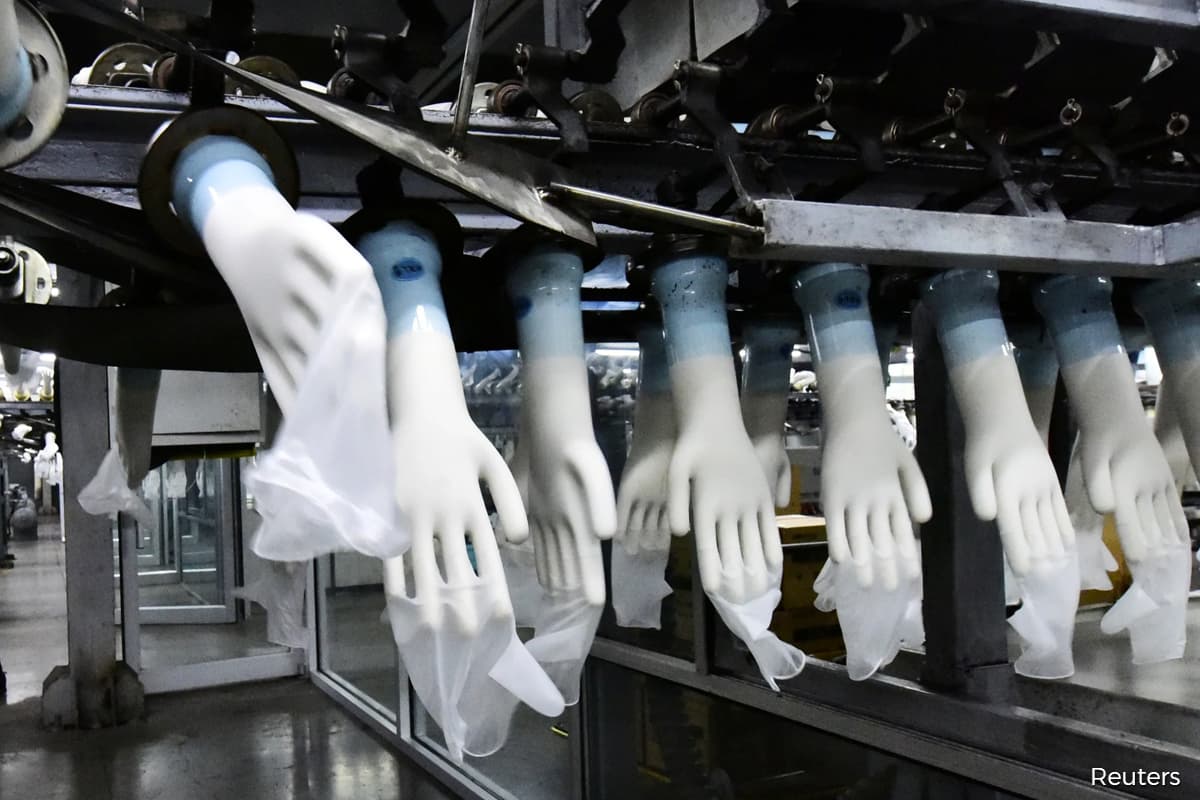 The research house’s analyst Nabil Zainoodin said in a note that nitrile latex price, which has more than doubled to US$2,810 pmt from its lowest this year at US$1,300 pmt in April due to tight supply amid the surge in nitrile gloves demand, may continue to rise.

“Looking at the current trajectory, nitrile latex price could well breach US$3,000 pmt in December, surpassing its last peak of US$2,910 pmt in April 2011,” he said.

“We expect nitrile latex price to continue to rise throughout 2021 and could only ease towards the end of 2022 once suppliers’ capacity expansion projects are completed,” he said.

While local manufacturers have shifted product mix towards more nitrile gloves in recent years, Hartalega Holdings Bhd and Kossan Rubber Industries Bhd remain as the two most nitrile-focused players as their product mixes skew largely towards nitrile gloves at 95% and 80% share, respectively, he said.

“It is uncertain if manufacturers can fully pass on the additional cost to customers. The risk is that the boost to profit margin from operating leverage may reverse drastically if average selling price (ASP) growth were to plateau or contract faster than expected,” he said.

He noted that in recent investor meetings, Hartalega guided for about 45% q-o-q increase in ASP while Kossan’s ASP would increase by about 25% q-o-q next quarter.

“At the current rate, incremental cost outpaced revision in ASP, which inevitably would impact margins,” he said.

He also said the spike in nitrile latex cost is one of the reasons behind his glove sector downgrade from "overweight" to "neutral" in sector report on Nov 18.

“Both Hartalega and Kossan have been downgraded from 'buy' to 'hold' with new target prices (TPs) of RM14.78 and RM6.51 respectively,” he said.

Despite potentially worse impact from higher nitrile latex cost, he reckoned that Hartalega and Kossan are most likely to declare special dividends because their major shareholders have relatively high stakes in the company, at 49% and 47% respectively.

While he is neutral on the sector, he kept Top Glove Corp Bhd at a "buy" (TP: RM8.58) due to its ability to command higher selling prices compared to peers, attractive dividend yield of more than 6% at current price (expect quarterly dividend payment from semi-annual previously) and expectation that the US import ban will be resolved soon.