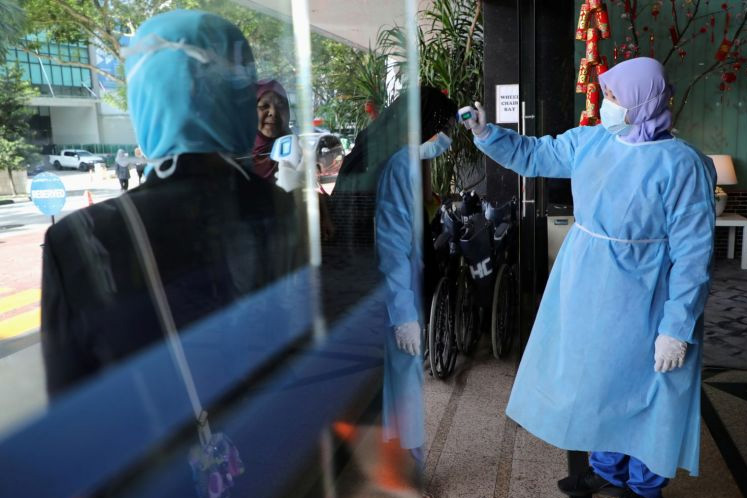 KUALA LUMPUR: The Ministry of Health (MoH) today announced nine new cases of COVID-19, raising to 158 the total number of cases in Malaysia so far.

One of the new cases was a participant who attended the 'ijtimak tabligh' session at the Seri Petaling Jamek Mosque in Kuala Lumpur.

Health director-general Datuk Dr Noor Hisham Abdullah called on participants of the event, held between Feb 27 and March 3, to go to their nearest district health clinics to get tested for COVID-19.

“We ask those who were involved in the gathering to cooperate and adhere to the advice given, to ensure there is no further transmission of infections among the general public,” he said in a statement.

So far, out of the 158 COVID-19 patients, 26 cases were detected among Patient-Under-Investigation (PUI), 127 cases contracted the disease through close contact with infected person, while two others were infected while performing humanitarian missions to fend off the disease.

Separately, there were two patients suffering from severe acute respiratory infection (SARI), while another patient was showing influenza-like-illness (ILI) symptoms while going through medical screenings.

The three severe cases are being treated at Intensive Care Unit (ICU), with the support of respiratory aids equipment. However, they are all in stable condition.

As of yesterday, six cases were declared as recovered cases, in which all of these cases were tested negatively at least twice before being allowed to be discharged from hospital.

The total number of recovery cases in Malaysia is now 32.