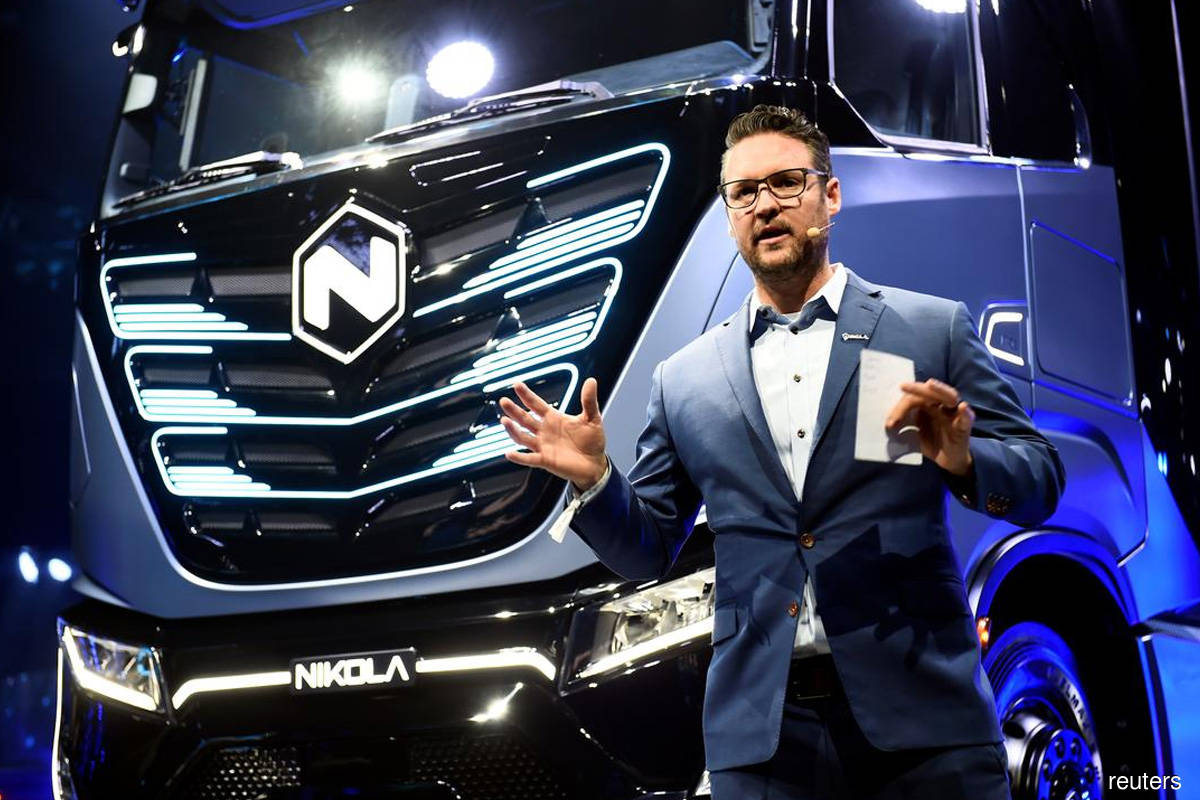 (Sept 22): Shares of electric-truck maker Nikola Corp tumbled as much as 30% on Monday after founder Trevor Milton stepped down following claims of nepotism and fraud by a Wall Street short-seller that have drawn interest from U.S. regulators.

The company named Stephen Girsky, former vice chairman of General Motors Co and a member of Nikola's board, to take over as chairman, as it strives to regain investors' confidence.

GM, which recently announced it would receive an 11% stake in Nikola under a partnership, said in a statement on Monday it would work with Nikola to close the deal while stressing it was just one element of its electric vehicle strategy.

In a scathing report published just after the GM tie-up two weeks ago, short-seller Hindenburg Research said it had enough evidence to show Nikola and Milton made false claims about the company's proprietary technology to form partnerships with large automakers.

Nikola, a competitor of Elon Musk's Tesla in the trucks space, said last week it was discussing the claims with the U.S. Securities and Exchange Commission (SEC). Nikola has publicly rejected the accusations and threatened to take legal action against Hindenburg.

Hindenburg also alleged that Milton appointed his brother, Travis, to lead a unit in the company for which he did not have any substantial sector experience. (https://reut.rs/3mFQ6mM)

"The focus should be on the company and its world-changing mission, not me," Milton, who owned 25% of the company's outstanding shares at the end of July, said in his resignation letter.

"So I made the difficult decision to approach the board and volunteer to step aside."

He said the allegations were false and he would defend himself against them.

The company said Milton had agreed to give up all of 4.9 million performance-based stock units he was granted last month, as well as the option of a two-year consultancy agreement which would have netted him $20 million.

Stock market investors, who have been selling the company's shares for a week, drove the stock down by as much as a third before it found some support.

Short-sellers betting against the stock collectively made $104 million in Monday's slump, according to data from financial analytics firm S3 Partners.

"While founder Trevor Milton's departure may give the appearance of a company that's moving on, we believe this is only the beginning of Nikola's unraveling," Hindenburg said in its own statement on Monday, asking GM to reevaluate its deal.

GM has agreed to build an electric pickup for Nikola and supply batteries and hydrogen fuel cells for commercial trucks. In return, GM is also expected to receive payments of up to $700 million for assembling the Nikola Badger pickup.

Nikola shareholder and Italian vehicle equipment maker CNH Industrial declined to comment, while Germany's Robert Bosch, a supplier and investor, said it intended to go on working with the company.

The Financial Times reported last week that the U.S. Department of Justice was also probing the claims. Neither the Justice Department nor the SEC would comment on any investigations.

Brokerage J.P.Morgan noted that Milton's resignation could weigh on some of the partner and customer relationships that he had forged, but said Girsky is better suited to the role as Nikola moves on to its next phase.

Brokerage RBC slashed its price target on Nikola by $28 to $21 after the founder's resignation.