Next big thing in luxury cruising a much smaller ship 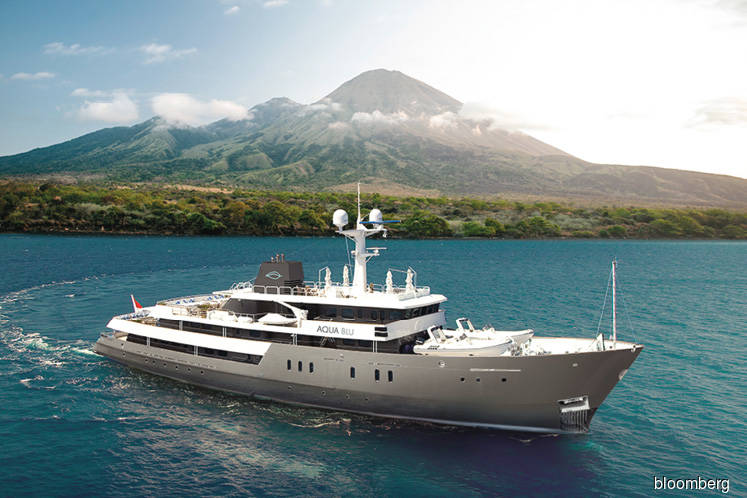 One of the biggest trends in high-end cruising is extremely small. It is the opposite, in some ways, of everything you would expect, even from a luxury cruise brand.

It is all about tiny, independently owned ships, boats, and barges — floating boutique hotels, if you will. Unlike conventional small ships, which can carry as many as 1,000 guests, these consist of just a handful of rooms on water. And while the boats from large companies are often designed to rotate through a number of destinations, these are location-specific, giving them a sense of place that only land-bound counterparts can claim.

Some are family-owned. Others are parts of companies blazing the trail for this yacht-like movement. (Think Aqua Expeditions, which redefined Amazon River cruising when it was founded in 2007.) All of them ditch old-school looks for light-filled contemporary aesthetics, put a premium on ambitious food and beverage programmes, and play up the “experiential” elements of travel — whether that means a Tibetan “singing bowl” meditation in Vietnam, mountain biking in Norway, or a private winery visit in Burgundy, France.

The fact that they do not come with a recognisable luxury brand name — such as Silversea or Regent Seven Seas — is part of the reason why consumers are gravitating to them. What they lack in amenity-rich square footage — think multiple dining rooms and sun decks — they make up for in intimacy and personality.

“These are for a different population of travellers looking for exclusive experiences,” says Susan Farewell, owner of Farewell Travels, a Connecticut-based travel designer. “It’s getting there and exploring in a way people have not done before.”

Industry experts such as Farewell are reaping the benefits, too — they are the conduit that most travellers need, to find one-off pearls in places as disperse and tricky to navigate as Japan’s Seto Inland Sea, the Nile, and western Norway.

A few other agents with this type of expertise work out of larger tour outfits, including Red Savannah and Adventure Life. But in general, there is a limited number of travel agencies equipped to meet these new demands. “It’s a small universe of people that are plugged in to these types of experiences,” Farewell says. “We are in touch — the front line of knowledge.”

That said, here are the best options we have discovered so far. Consider it the minimum amount of hand-holding for the curious DIYer, or a primer to help you pick a direction before outsourcing the rest.

Exploring Lan Ha Bay (a less-visited extension of the limestone cliff-lined Ha Long Bay) has recently become much more tempting, thanks to the debut of the three-sail, wellness-focused Ylang. Its 10 individually designed, balconied suites bear intricate woodwork and inlaid flower panels made by local artisans, and bathrooms have tubs with bay views. With cushy rattan furnishings and original artwork throughout the public spaces, tai chi classes on the top deck each morning, and cycling excursions to visit the 80-household Viet Hai village, it all adds up to a modern take on a bygone era. Two-night sailings start from US$1,200 (RM4,932) per person.

It was born in 1973 as one of the last wooden Swedish warships and then became a passenger ship. Today, the HMS Gassten has been meticulously restyled by a handful of former patrons who wanted to bring intrepid guests deep into Norway’s western fjords. Its five cabins now have shiplapped walls, exposed beams, plaid throw blankets, and heated towel racks, though some will sleep in bunk beds. Upstairs, the oak-panelled salon is a warm space for dining and socialising. Charter the ship in summer for hiking and biking, or in winter for extreme skiing. Six-night summertime charters via Red Savannah starts from £37,500 (RM202,095).

Aqua Expeditions will up the luxury quotient in the Peruvian Amazon when it debuts the 40-passenger Aqua Nera in October. Saigon-based Studio Noor is doing the contemporary, windowed interiors, including 20 spacious “design suites,” in earthy colours reflective of the jungle surroundings. Lima chef Pedro Miguel Schiaffino, a specialist in Amazonian foods, is creating the menus. And offshore excursions make the trip feel like a safari, whether you go fishing for red-bellied piranhas, spot giant river otters from kayaks, or track jaguars on foot. Then again, you can just watch the monkeys and birds from a daybed around the plunge pool. Seven-night sailings start from US$9,625 per person.

In an ambitious project, Aqua Expeditions also set out to convert the former British naval vessel HMS Beagle into a 15-suite luxury yacht called the Aqua Blu. The recently revealed results are spectacular. Renowned Dutch yacht designer Cor D Rover did the airy interiors in a contemporary brass and ivory theme. Aussie superstar Benjamin Cross based the culinary programme on sustainably-sourced Indonesian ingredients. Why Indonesia? The diving sites throughout the Raja Ampat archipelago are among the most pristine and biodiverse anywhere, and draws above the water include indigenous cultures, komodo dragons, unpopulated beaches, and stunning, impenetrable forests. Seven-night cruises start from US$7,525 per person.

The blue-footed boobies may not take notice, but cruising the Galapagos on the all-suite, 20-passenger MV Origin or MV Theory is an unusually delicious affair. Both ships are members of the prestigious, culinary-focused Relais & Chateaux collection, with a French-trained chef preparing such dishes as Ecuadorian langoustines poached in citrus butter, to be served in a dining room decked out in marble. Spend days burning off the indulgence on kayaks or paddleboards or chill in daybeds around the Jacuzzi, where you never have to lift a finger. Seven-night sailings start from US$8,050 per person, or full charters from US$161,000.

A former cargo barge is now the Grand Cru — a floating oasis for eight, done up in sleek leather furnishings with picture windows throughout. A glass-enclosed demonstration kitchen lets you see the personal chef at work; whatever the exquisite creation, it is always served with top local wines. Save space for what is onshore, too: Beyond their impressive vines, the shops in Burgundy’s picturesque towns are full of local cheeses, black truffles, and chocolates to devour. (Yes, this itinerary is all about the food and wine.) Six-night sailings from US$7,250 via Abercrombie & Kent, or full charters from US$58,000.

Made by acclaimed local artisans, including rattan weavers and textile artists, and filled with a sparse design scheme of wood and glass, the 38-passenger Guntu puts the focus on the ethereal landscapes of the Seto Inland Sea. Take it in from your suite’s open-air onsen bath or the sushi bar on the top deck. Dinners in the windowed dining room feature local ingredients including freshly caught mackerel and Wagyu beef and are overseen by Kenzo Sato, from Tokyo’s Michelin two-star Shigeyoshi restaurant. Sailings are short — three nights — but include stops in Miyajima and the famously contemporary art-filled Naoshima island. Three nights start from ¥650,000 (RM24,593) per person.

The most glamorous way to see Luxor and Aswan is from beneath the sails of a modern-day, Egyptian-built dahabiya — a traditional, wind-powered ship. That is hardly a new concept, but Nour El Nil’s luxury barges, like the spacious, 20-passenger Meroe, take this type of river cruise to the next level in both authenticity and luxury. The decor includes plush sofas, French chandeliers, and daybeds covered in stripes. The crew is all-Egyptian — dishes such as handmade falafel and Nile perch reflect both local ingredients and age-old recipes. Five nights start from €1,850 (RM8,414) per person. — Bloomberg