Newsmakers 2017: The passing of a down-to-earth tycoon 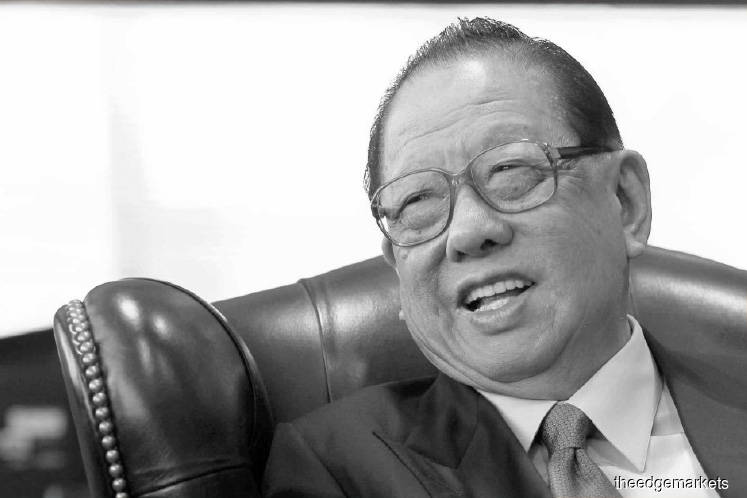 THE grand patriarch and founder of local conglomerate YTL Group died peacefully on Oct 18 at the age of 88.

To many in the business community,  Yeoh was widely regarded as an outstanding entrepreneur and experienced builder, but more admirably, a generous philanthropist and a sincere, down-to-earth friend.

Within the sprawling business empire of the YTL Group, there are four listed vehicles — YTL Corp Bhd, YTL Power International Bhd, YTL Land & Development Bhd and YTL Hospitality REIT. YTL Cement Bhd, one of the fastest-growing cement companies in the country, was taken private in 2012, while IT firm YTL e-Solutions Bhd was privatised last year.

Today, YTL Corp is among the 30 largest companies listed on the Main Market of Bursa Malaysia, forming one of the component companies of the FBM KLCI, the stock exchange’s primary benchmark index. In addition, it has been listed on the Tokyo Stock Exchange since 1996, the first non-Japanese Asian company to list there.

YTL Corp itself is the parent company of three listed ones — it has a 47% direct stake in global utility player YTL Power, 65% in property developer YTL Land and 55% in pure-play hotel and hospitality trust, YTL Hospitality REIT.

With a fortune of US$2 billion (RM8.45 billion), Yeoh, who was executive chairman of YTL Corp and YTL Power, was ranked by Forbes as Malaysia’s seventh richest man this year, and one of the 1,000 richest men in the world.

Yeoh believed in the power of education and sought to provide the best of that for his children and their children, a testament to his trust in and respect for the younger generation, whom he hoped would always be helpful, supportive and loving to one another.

His eldest son, Tan Sri Francis Yeoh Sock Ping, is managing director of YTL Corp, YTL Power and YTL Land. His six other children are actively involved in the family business as well.

Business aside, Yeoh had a deep passion for philanthropy and served as the chairman of YTL Foundation. Education was especially close to his heart as his wife, Puan Sri Tan Kai Yong, had been a teacher.

He was also chairman of the board of governors of his alma mater, Hin Hua High School Klang, and spearheaded its transformation into one of the best independent Chinese secondary schools in the country.

The prominent and well-respected leader in the Chinese community was honorary president of the Associated Chinese Chambers of Commerce and Industry of Malaysia, Malaysia-China Chamber of Commerce and Federation of Hokkien Associations of Malaysia.

On learning of Yeoh’s demise, Prime Minister Datuk Seri Najib Razak said via Twitter that the tycoon had built a successful business empire and contributed significantly to Malaysia’s Chinese community.

MCA president Datuk Seri Liow Tiong Lai said Yeoh’s demise was a huge loss to the country, as he was a reputable business magnate who cared deeply about education and the Chinese community.

In a heartfelt tribute to her late husband, Tan described Yeoh as the pillar of her life, a good husband who was humble, genuine, gentle and warm.

“My life is incomplete without him. When he was a young man, Tiong Lay was a diligent early riser. He worked himself very hard. His down-to-earth attitude and integrity won the respect and love of his acquaintances,” she said in the statement.