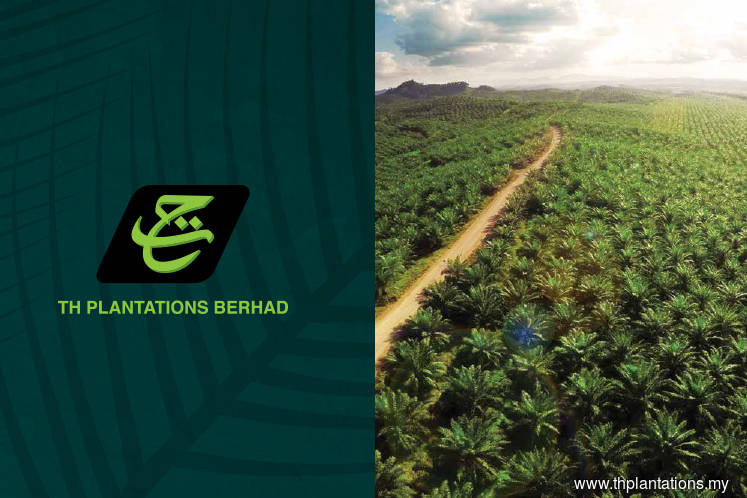 DEBT-LADEN TH Plantations Bhd (THP) is in advanced talks to sell some assets in Sarawak, in what may precede an exit from the state, as it seeks to raise cash for debt repayments.

Sources tell The Edge that there are firm suitors negotiating for some of THP’s Sarawak assets. The firm is working towards potential deals by early next year at the latest, The Edge understands.

For perspective, THP’s estates in Sarawak were valued at RM28.31 million to RM502.59 million, based on audited figures from its latest annual report.

As at last week, all of the group’s estates in Sarawak have been classified as held for sale on its books, so, it may even exit Sarawak if it can find buyers for every asset. The Sarawak estates currently account for 51.89% of the planter’s total land bank and about half of its entire palm oil output. They are collectively valued at RM1.42 billion on THP’s books as at Dec 31, 2018 — that is after a RM300.94 million impairment, including a RM244 million write-off in a single subsidiary.

Overall, its total titled land area held under the subsidiaries that has been identified for disposal amounts to 77,236ha, which represents some 76% of THP’s plantation land nationwide.

Apart from all of its Sarawak estates, THP has also classified for sale 55% of its Sabah land bank and 22% of its plantation land in Peninsular Malaysia. It is also looking to dispose of its Indonesian estates held under PT Persada Kencana Prima.

While Sarawak accounts for half of the planter’s total output, Sabah makes up a further 15%, with the rest coming from Peninsular Malaysia.

THPI is in Kemaman, Terengganu, while the remaining three were the only Sarawak estates not classified as held for sale prior to last week.

The latest reclassification means the total value of assets held for sale on THP’s books has swelled to RM1.26 billion. That does not include three other subsidiaries approved for sale by the board in February, namely TH-Bonggaya Sdn Bhd (THB), TH-USIA Jatimas Sdn Bhd (THUJ) and PT Persada Kencana Prima (PPK).

Though approved for sale, THB, THUJ and PPK were not classified as assets held for sale as the board expected the intended sales to take more than 12 months to conclude, according to previous filings with Bursa Malaysia.

“In this challenging market environment, we are unsure if THP will be able to extract the best value for shareholders. Nonetheless, successful disposal of some these assets will help THP reduce its high net gearing,” says Maybank IB Research in a Nov 27 report.

Of THP’s total debt, RM142.76 million, or 11%, is short-term borrowings. This does not include other short-term liabilities such as RM164.53 million in trade payables. In comparison, THP had RM43.85 million in cash balances as at Sept 30.

That said, much of its debt is owed to its controlling shareholder Lembaga Tabung Haji (TH), which has a 73.8% stake in the planter. From its total borrowings, RM845 million are via a sukuk murabahah programme with TH as the sole lender.

Recall that THP sank into heavy debt following a mega expansion drive in 2011 and 2012 under the previous management, which saw its land bank nearly triple in three years.

Much of the land was acquired from TH in exchange for new shares in a related-party transaction that bumped TH’s shareholding and diluted that of minorities.

The deeper loss was mainly due to RM54 million in property, plant and equipment impairments, which more than wiped out RM32.7 million in quarterly gross profit.

“Excluding an impairment of RM54 million, 3Q2019 core profit was above our and street estimates as we believe THP had cut back on fertiliser use,” Maybank says in its report. “We believe THP may have reduced fertiliser use either due to its tight cash flow, or it had cut fertiliser use only on those estates earmarked for disposal. If the former is true, this will have a lagged impact on production in 2020/21.”

While it generated RM62.69 million in cash from operations in that period, that was nearly wiped out by finance costs of RM50.42 million and taxes amounting to RM12.66 million in 9MFY2019.

Overall, THP was left with only RM1.17 million in net cash generated from operations. In 9MFY2019, it also had to bear RM28.96 million in plantation development expenses, among other investing expenditure.

In 9MFY2019, THP drew down RM68.55 million from loans and borrowings and a further RM89.06 million from trade lines. It repaid RM123.57 million in loans in the nine-month period.