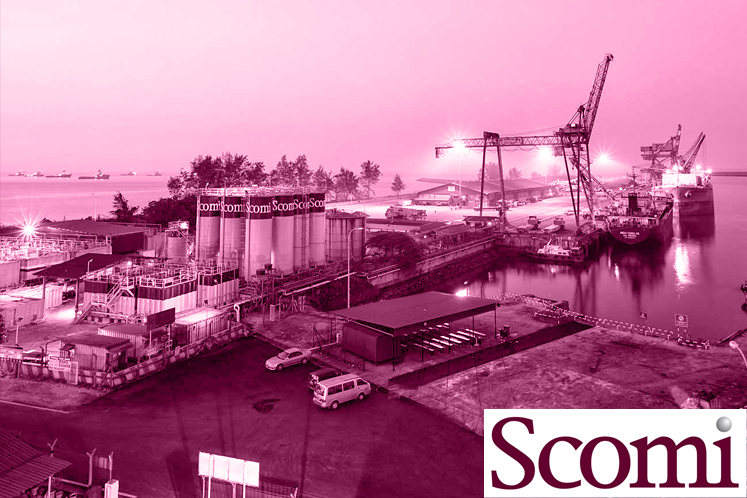 SCOMI Group Bhd (SGB) is understood to have narrowed its search for an investor down to two parties. A decision and subsequent signing of a deal could take place as early as this week, sources familiar with dealings in the company tell The Edge.

It is understood that SGB’s terms include the investor forking out a loan to the ailing company “to show commitment”, after which a rights issue — raising anywhere from RM80 million to RM120 million — will be undertaken.

“There are two ongoing negotiations. One — a recently commenced negotiation — is with an investor with a regional oil and gas and property development presence while the other is with the long-talked-about Hong Kong party. You could say negotiations are ongoing concurrently,” a source familiar with the matter divulges.

SGB’s plans involve the new investor having anywhere from 18% to 20% of the group’s expanded share base.

Meanwhile, a key part of the restructuring exercise that is being undertaken by the group now entails a substantial haircut on loans owed to financial institutions, the source says.

“I won’t tell you how much of a haircut [bankers will take] but believe me, it’s substantial,” says another source with knowledge of SGB’s restructuring plans.

There has been talk of a Hong Kong investor buying into SGB since last July when Sammy Tse Kwok Fai was appointed to the board and then made the company’s CEO the following month, replacing long-standing head honcho and substantial shareholder Shah Hakim @ Shahzanim Zain.

As for the regional oil and gas and property development company, it has been in talks with the top brass and shareholders of SGB for more than two months now.

Earlier this month, SGB had some good news to share after a long time. The company’s wholly-owned subsidiary, Scomi Transit Projects Sdn Bhd, has reached a settlement agreement with state-owned Prasarana Malaysia Bhd, which manages the intra-city rail and feeder bus systems.

Since the start of this month, SGB’s share price has doubled and reached 11 sen last Wednesday, buoyed by strong volume.

SGB had accumulated losses of RM298.15 million as at end-December last year. Cash and bank balances stood at RM66.68 million while on the other side of the balance sheet, it had short and long-term borrowings of RM566.09 million and RM119.84 million respectively.

It is noteworthy that the group had RM938.19 million in receivables, deposits and prepayments as at end-December last year.

On its prospects, SGB says its oil and gas business is likely to maintain the status quo for the rest of the year while its monorail segment is facing “significant challenges” as the Mumbai monorail project in India was terminated by the customer last December. In a nutshell, only the group’s coal transport project under Scomi Energy Services Bhd seems to be doing well.

SGB is mainly involved in the provision of drilling services, including drilling fluid solutions, drilling waste management equipment, production enhancement chemicals, drilling and completion tools, well stimulation services, water treatment and enhanced oil recovery solutions. Its other large business arm is the monorail operations, which has a presence in Malaysia, India and Brazil.

SGB also has a 65.65% stake in Scomi Energy Services, a publicly traded company with assets involved in the provision of marine services, including offshore support and marine logistics services.

The new potential investor seems to have been looking at the group’s oil and gas assets initially, but has now come to see the value of its monorail assets as well.

SGB has been having issues with financial institutions. In mid-February, Malayan Banking Bhd sent Scomi Rail Bhd, a wholly-owned subsidiary of SGB, a notice of demand for RM201.91 million. SGB also received a notice of demand dated Jan 31 from Maybank for RM113.96 million due to the failure by Scomi Rail to pay the default, pursuant to which the bank reserved the right to take steps to dispose of the shares of a subsidiary that were secured against the bank facilities.

In an announcement to the local bourse, SGB says it has been granted an extension until April 22 by Maybank.

In mid-January, Urban Transit Pvt Ltd, which is incorporated in India and wholly owned by SGB, received a notice of demand from Axis Bank Ltd for INR624.64 million or RM36.15 million.

Late last year, Scomi Engineering Bhd, Scomi Rail and Scomi Transit Projects Brazil (Sao Paulo) Sdn Bhd, all wholly-owned subsidiaries of SGB, applied for a judicial management order pursuant to Sections 404, 405, 406 and 407 of the Companies Act 2016 and Rule 8 of the Company (Corporate Rescue Mechanism) Rules 2018 with the High Court of Malaya in Shah Alam, which immediately put into effect a moratorium for the period commencing with the application of the order and ending with the granting or dismissal of the application, during which no resolution shall be passed or order shall be made for the winding up of the affected companies.

In addition, during this moratorium, the courts will be required to enforce any charge on the affected companies.

The hearing for the judicial management application is slated for the end of this month.