Newsbreak: Maybank to tie up with GrabPay for digital banking? 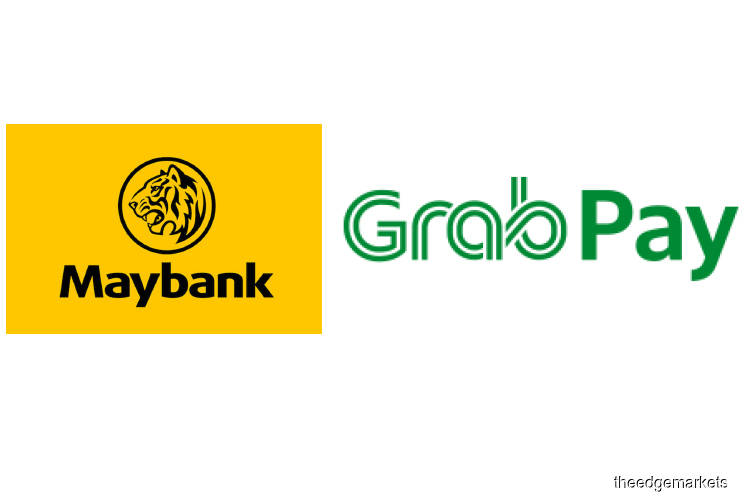 NOT many may be aware that Malayan Banking Bhd (Maybank) has an indirect 30% stake in the company that operates GrabPay, one of the country’s leading e-wallets. Maybank’s stake in GPay Network (M) Sdn Bhd is held through a wholly-owned subsidiary, Maybank Alliances Sdn Bhd.

The link to the e-wallet raises the question as to whether Maybank, the country’s largest banking group by assets, may apply for a digital banking licence through GPay Network.

Maybank and its next largest rival, CIMB Group Holdings Bhd, are understood to be the only two banks with stakes in non-bank e-wallet companies. CIMB Group backs TNG Digital Sdn Bhd, which is a joint venture between CIMB’s 52%-owned Touch ‘n Go Sdn Bhd and China’s Ant Financial Group.

“With Maybank having that 30% stake in GrabPay, and CIMB backing TNG Digital, the speculation is that they could use those entities for the application for the digital banking licence,” an industry observer tells The Edge.

Maybank was non-committal when asked if it plans to pursue a digital banking licence in Malaysia and if this might be done in partnership with GPay Network.

“Maybank completed its investment in GPay [Network] in early 2019. The aim of this partnership was to work on a digital wallet together. Currently, Maybank and Grab each have our own digital wallet and our intention was to explore what we can do better together. We would like to clarify, though, that this partnership is not an agreement to work together on a digital bank,” a Maybank spokesman tells The Edge in an email response. Maybank’s e-wallet, MAE, was launched in March last year.

“To be clear, under our existing banking licence, Maybank can also operate as a digital bank without having to apply for a new licence as is currently being considered by the regulator and potential applicants,” the spokesman adds.

Bank Negara Malaysia has said it plans to issue up to five digital bank — or those with no physical presence — licences to qualified applicants. The central bank, which is currently seeking industry feedback on its proposed licensing framework, expects to finalise its policy document by the first half of this year, after which it will open applications for the licences.

Maybank had first announced its strategic partnership with GrabPay in May 2018, but did not make much mention about its subsequent investment in the company operating it. It did, however, disclose the investment in its 2018 annual report.

In the annual report, Maybank disclosed that it had obtained Bank Negara’s approval to invest in GPay Network on Dec 12, 2018. Hence, on Feb 8 last year, Maybank, through its wholly-owned subsidiary Maybank Alliances, completed a collaboration agreement (CA), a shareholders’ agreement and share subscription agreement with GP Network Asia Pte Ltd — which owns the other 70% in GPay Network — and GPay Network.

According to Maybank, the CA governs the strategic collaboration between the parties, including the bank’s exclusive role as the underlying financial system supporting GPay Network’s payment ecosystem and business vertical in Malaysia.

Maybank subscribed for a 20% stake in GPay Network (or 4,285,715 shares) in consideration of a cash payment of US$47.73 million, or the equivalent amount of about RM194.07 million; and for 2,142,857 shares, representing 10% of the company’s share capital allotted and issued, as partly-paid ordinary shares, of which 40 US cents has been paid for each partly-paid share, in consideration of Maybank Alliances agreeing to provide to GPay Network contribution-in-kind, such as preferred rates, merchant relationships and exclusive collaborations in accordance with the milestones and contribution period set out in the share subscription agreement.

A company check on CTOS reveals that GPay Network made a loss before tax of RM9.02 million and a loss after tax of RM7.74 million in the financial year ended Dec 31, 2018, on the back of RM55.22 million in revenue.

Most e-wallet companies are not yet profitable as they look to provide attractive rewards and promotions in their bid to acquire customers first. Grab launched the GrabPay e-wallet in Malaysia in mid-2018.

“If Grab were to apply for a digital bank licence and if they want to use GPay Network as the entity, then it could make sense that they ask Maybank — since it already has that 30% stake — if it wants to apply together as a consortium,” the industry observer says.

In Singapore, Grab partnered with telco Singtel to apply for a digital full bank licence last month. Singapore received 21 applications for five digital bank licences as at the end of last year, and expects to announce successful applicants in June.

According to Bank Negara data, there are currently 47 e-money issuers in Malaysia, of which 42 are non-bank issuers. The most dominant players are TNG Digital, GPay Network and Axiata Digital eCode Sdn Bhd (which owns the Boost e-wallet).

Both Boost and GrabPay indicated their interest earlier this month in expanding into the digital banking space.

Most banks are understood to be adopting a wait-and-see approach on whether to pursue a digital bank licence. “This is because there is no regulatory arbitrage in the Bank Negara requirements that would entice an incumbent bank to apply. [However], there may be exceptions — for example, banks that already have e-wallets may have ambitions to scale up the e-wallets to a full-fledged digital bank,” says Kelvin Lee, financial services assurance partner at PwC Malaysia.

He notes that when Singapore began its digital banking journey, Singaporean banks DBS, OCBC and UOB did not participate in the licensing process. “This is an indication that the incumbent banks are focused on their own internal digital transformation process, rather than applying for a separate licence,” Lee says.