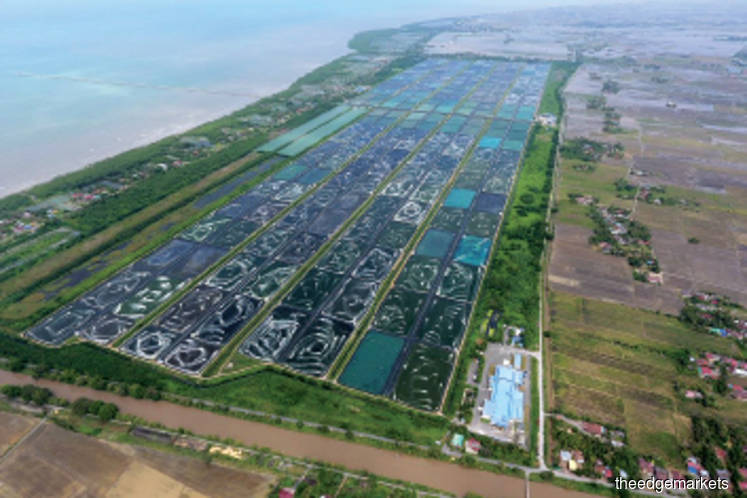 KHAZANAH Nasional Bhd has been looking to dispose of its shrimp aquaculture outfit Blue Archipelago Bhd, according to sources.

The sovereign fund is understood to be considering a price tag of about RM300 million for the company, in which it has 100% equity interest via Agri Resources Holdings Sdn Bhd.

When contacted, the sovereign wealth fund declined to comment on the matter.

It is understood that there had been talks between Khazanah and interested parties, which included players in the agrifood industry, for the asset during the Pakatan Harapan administration. However, nothing has materialised so far.

A month after the change in government on March 1, Khazanah welcomed Prime Minister Tan Sri Muhyiddin Yassin as its chairman, and Finance Minister Tengku Datuk Seri Zafrul Tengku Abdul Aziz and Datuk Mohammed Azlan Hashim as members of the board.

Established on June 7, 2004, Blue Archipelago operates two farms, namely iKERPAN (Integrated Kerpan) in Kedah and iSHARP (Integrated Shrimp Aquaculture Park) in Setiu, Terengganu, with a processing plant and a network of hatcheries [each], according to its website. Its head office is located in Puchong, Selangor.

According to Blue Archipelago’s website, the 432ha Phase 1 of iSHARP comprises 263 ponds and has a production capacity of 3,500 metric tonnes (MT) per annum as well as a dedicated specific pathogen-free (SPF) hatchery that has a capacity of producing 80 million post larvae per annum.

Spanning 568ha, Phase 2 of iSHARP will be developed in stages over the next few years. It has the potential to produce 5,000MT of shrimp per annum.

Meanwhile, iKERPAN is able to produce 2,200MT of shrimp per annum, 300 million post larvae per annum and 10MT of processed shrimp per day.

The company’s export markets include China, the European Union, New Zealand and Singapore.

Blue Archipelago also owns a 51% stake in AB Hatchery Sdn Bhd, which operates a shrimp hatchery in Kerpan, Kedah. It specialises in the production of shrimp post larvae for Blue Archipelago and other farms in Malaysia.

The company had hoped to become one of the major seafood players in the region given the rising demand for shrimp products.

A check on CTOS reveals that Blue Archipelago has been making losses over the years. It has not filed its financial results for the period ended Dec 31, 2019.

Besides Blue Archipelago, Khazanah also has interests in a number of agrifood firms, such as Biotropics Malaysia, The Holstein Milk Company and Malaysian Agri-Food Corp.