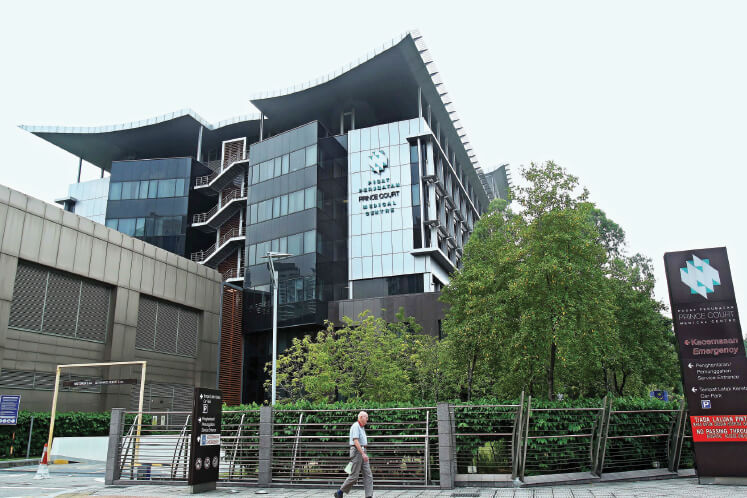 Change in operating environment may be why Petronas is selling the healthcare service provider. Photo by Mohd Izwan Mohd Nazam

It is understood that talks between Khazanah Nasional Bhd’s dual-listed healthcare company and the national oil company are ongoing and that a deal may be struck soon.

Petronas declined comment while an IHH spokesperson’s emailed response was: “IHH is always looking at various value-accretive opportunities. However, it is not appropriate for us to comment on specific transactions and we will update the market if there are any material developments.”

A source familiar with the deal says, “Yes, they (IHH and Petronas) are in talks. Prince Court — or healthcare — is not Petronas’ core business, so it makes sense for them to divest it. And who better to buy it than IHH?”

Another source says the two government-linked companies have been in talks but that the matter is being kept under wraps.

Prince Court, a 270-bed private healthcare facility in the heart of Kuala Lumpur, was set up in late 2007 at a cost of RM544 million.

For Petronas, a chance to offload Prince Court would bring to an end what looks like an arduous journey from the construction phase. Many would remember how Peremba Construction Sdn Bhd secured a RM357 million contract to build the hospital in September 2002 but failed to do the job even after being given an extension. The contract was terminated in October 2006.

Later the same year, Sunway Construction Sdn Bhd was awarded a RM391 million contract to build the medical centre, which it did successfully. The hospital commenced operations in late 2007.

However, it was not a straight road from there. As at end-December 2011, Prince Court had reportedly accumulated losses of RM1.08 billion and had not registered a single profitable financial year since its inception. In its financial year ended Dec 31, 2016, the company suffered an after-tax loss of RM4.01 million on revenue of RM211.29 million. Accumulated losses carried forward stood at RM1.42 billion.

In 2010, there were rumours of a purported sale by Petronas but these were brushed aside by the then president and CEO Tan Sri Shamsul Azhar Abbas. “We will not sell Prince Court … the medical centre does not have any problems,” he said at the time.

Oil prices averaged just a little more than US$71 in 2010 and about US$87 and US$86 in 2011 and 2012 respectively. With Brent crude averaging US$53 last year, the operating environment has changed drastically and could have nudged Petronas into selling this non-core asset.

Company executives have indicated high operating costs as the reason for the red ink at the respectable medical centre. It is understood that the company once had a workforce of 1,100 but has reduced it to 800 now. In mid-2010, it was reported that three of its top officials, including CEO Stuart Rowley, were being investigated in a “routine audit review”. Rowley resigned shortly after.

In a nutshell, Prince Court has had several episodes that would likely have vexed even the coolest of heads at Petronas.

IHH, in contrast, has been doing rather well. It is 41.12%-controlled by state-owned investment arm Khazanah and is dual-listed on Bursa Malaysia and the Singapore Exchange.

The medical service provider has a presence in Malaysia, Singapore, Turkey, India, China, Europe, the Middle East and North Africa with more than 10 ,000 beds in 50 hospitals across 10 countries. Some of the brands in IHH’s stable are Mount Elizabeth, Gleneagles, Pantai, Parkway and Acibadem.

In its nine months ended September 2017, IHH registered a net profit of RM868.7 million on revenue of RM8.26 billion. In contrast to the previous corresponding period, net profit was up by a third while revenue was almost 12% higher. The company’s earnings per share for the nine months stood at 10.35 sen.

Since early December last year, IHH’s stock has gained more than 7% or more than 40 sen. It closed at RM6.02 last Thursday, giving the company a market capitalisation of RM49.6 billion.

As at end-September last year, IHH had cash and cash equivalents of RM5.83 billion while on the other side of the balance sheet, it had short-term borrowings of RM6.59 billion and long-term debt commitments of RM578.53 million.

Its balance sheet would have no problem with an acquisition the size of Prince Court.

Other than Khazanah, IHH’s shareholders include the well-diversified Japanese giant Mitsui & Co with an 18.03% stake and the Employees Provident Fund (8.43%).