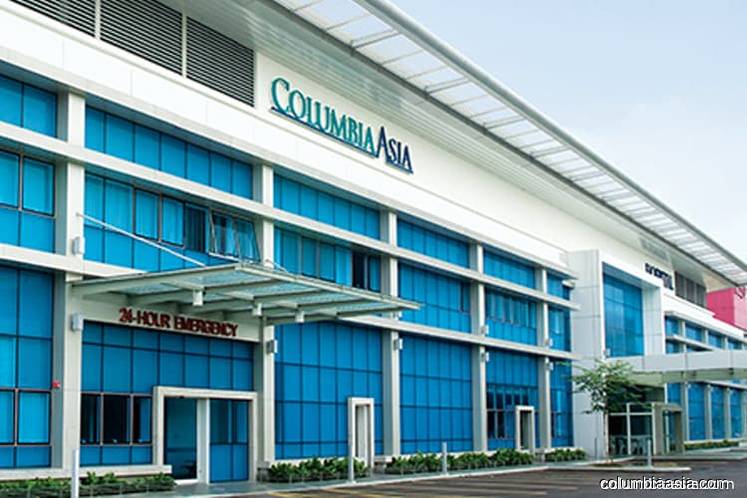 THE Hong Leong group appears to be keen on venturing into the healthcare sector — it has teamed up with private equity firm TPG to bid for Columbia Asia group’s hospital business in Asia, sources say.

“Hong Leong has teamed up with TPG to bid for the business. But this is expected to be an expensive acquisition for anyone interested in the business, going at an Ebitda (earnings before interest, taxes, depreciation and amortisation) multiple of more than 20 times,” an industry source tells The Edge.

The TPG-Hong Leong consortium are among three shortlisted bidders for a US$2 billion (RM8.259 billion) collection of Asian hospitals owned by the Columbia Asia group, the Wall Street Journal first reported last Thursday, citing unnamed sources with knowledge of the sale.

The other two bidders are Sime Darby Bhd and US-based investment firm General Atlantic, WSJ said, adding that talks are ongoing and that there is no certainty that a deal will materialise.

If Hong Leong is successful, it would mark its foray into healthcare. The conglomerate, controlled by billionaire Tan Sri Quek Leng Chan, is already in banking and financial services, property development, hospitality and leisure, manufacturing and distribution, among others.

According to sources, the planned venture into healthcare is spearheaded by the tycoon’s youngest son, Quek Kon Sean.

A private healthcare company, Columbia Asia is owned by Seattle-based International Columbia USA LLC (ICU). According to its website, it has 12 hospitals in Malaysia, 11 in India, two in Vietnam and three in Indonesia.

Sources say the group, which started operations in 1996, is not interested in selling the assets piecemeal.

“Columbia Asia is one of the largest and fastest growing hospital groups in Asia. [In] over 20 years, we have built 28 hospitals under one brand, serving the growing demand for healthcare in Asia effectively. The company continues to grow adding about two new hospitals a year. For our doctors and staff members, we remain focused on delivering high-quality, accessible and affordable healthcare to the patients we serve,” Columbia Asia group head of strategy and corporate affairs Yuichiro Miki says in an email response to The Edge.

Any talk of selling its business is “speculative and not based on any announcements we have made”, he adds.

According to earlier news reports, Columbia Asia started a formal sale process earlier this year. It drew first-round, non-binding bids from a number of investors, including sovereign wealth funds and private equity firms like KKR, CVC and Carlyle.

The last major healthcare transaction was in January this year, when IHH Healthcare Bhd completed its acquisition of a 31.17% stake in Fortis Healthcare Ltd for US$584 million.