Newsbreak: Government to buy back the EDL? 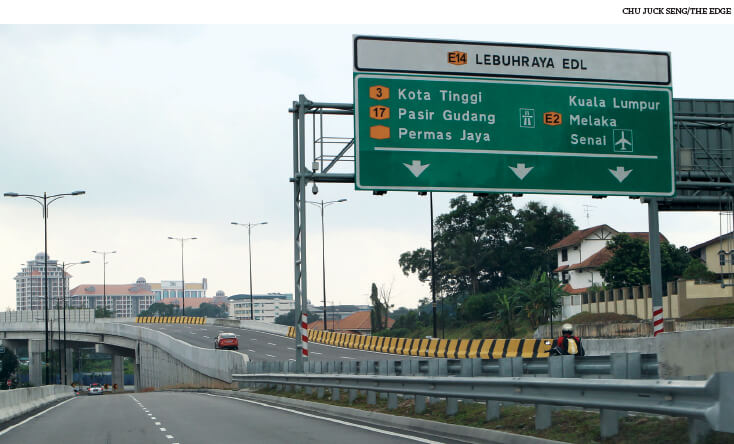 ONE of the budget announcements that will have an immediate impact on a listed company is the abolishment of toll collection on the Eastern Dispersal Link by Jan 1, 2018.

Malaysian Resources Corp Bhd (MRCB) is expected to be a beneficiary as many analysts are now expecting the government to buy back the loss-making highway.

However, abolishing the toll does not mean the highway concession will be voided. Instead, analysts expect the company to be compensated — in this case, by an outright sale.

MRCB has long made clear its intention to dispose of the highway but has had trouble securing a buyer. If the government were to take the highway off MRCB’s hands, it would be a rerating catalyst for the group.

Along with the 8.1km highway in Johor Baru, MRCB will also rid itself of about RM1.15 billion in debt that has been weighing down the group.

Currently, the debt associated with the EDL costs MRCB RM95 million to RM100 million a year, and another RM30 million in amortisation costs. Furthermore, traffic volume has been lacklustre.

Recall that the highway cost RM1.2 billion to build. Earlier estimates put its value at RM100 million to as much as RM300 million, net of debt. However, it appears that the exact pricing of the disposal is not known.

Last Friday, MRCB filed the following response with Bursa Malaysia: “We refer to the statement made in relation to the Eastern Dispersal Link highway in the speech by The Honourable Prime Minister, Datuk Sri Mohd Najib bin Tun Haji Abdul Razak during the tabling of Budget 2018 in the Dewan Rakyat today. Malaysian Resources Corporation Bhd will make the necessary announcement upon receipt of further details from the Government.”

It is worth noting that there is no certainty the government intends to acquire the highway. There is still the possibility that it will merely compensate MRCB in lieu of toll collection.

Recall that the EDL was supposed to begin tolling operations in early 2012, but was delayed to August 2014. The government paid the company RM132 million a year in compensation.