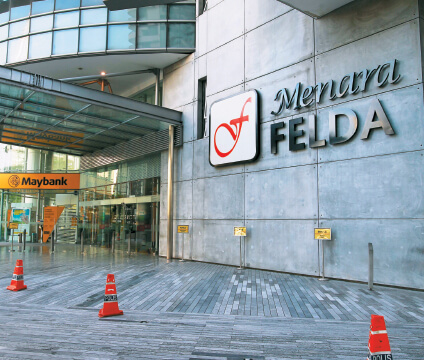 FGV board at the time of Asian Plantations acquisition under scrutiny

THE management and board of Felda Global Ventures Holdings Bhd (FGV) is understood to be undertaking an investigation into the company’s acquisition of Asian Plantations Ltd, sources familiar with the matter tell The Edge.

Once the investigation is concluded, FGV, it seems, may press charges against some of the directors who were holding office at the time of the acquisition.

Behind the investigation is Datuk Azhar Abdul Hamid, FGV’s current chairman, who was appointed in early September to clean things up at the ailing company.

Sources say the issues being looked into include the high price paid for Asian Plantations, the large amount of non-plantable land and the former owners for developing about 700ha of land that Asian Plantations did not own.

Also, a due diligence done by audit firm Deloitte, it seems, did not support the case for buying Asian Plantations for a variety of reasons. The report was apparently not presented to the board of directors. It is also puzzling why the FGV board did not ask its management for a due diligence report before it agreed to the purchase.

“Several things triggered the investigation, but what started the ball rolling is that another plantation company — a big one, much like FGV, and also government-linked — was offered Asian Plantations at RM20,000 per hectare … FGV ended up paying in excess of RM65,000 per hectare,” the source says.

The proposal to buy Asian Plantations was announced in late August 2014 and FGV concluded the acquisition in end-October that year for RM628 million, and assumed RM388 million in liabilities, meaning that FGV forked out a little more than RM1 billion for the asset.

To recap, FGV acquired the Singapore-incorporated Asian Plantations — which was then listed on the UK’s Alternative Investment Market — in 2014, after a voluntary conditional cash offer of £2.20 per share.

In a presentation to analysts in September 2014, FGV said the various financial due diligence requirements would be carried out by Deloitte. It also told analysts that the rationale for the acquisition — Asian Plantations’ young trees and the lack of acquisition opportunities in Malaysia, coupled with restrictions on land ownership in Indonesia. It also believed the offer price was fair compared with the average transacted prices paid by Malaysian peers.

Among the major shareholders of Asian Plantations when FGV took over was Keresa Plantations Sdn Bhd, the vehicle of Tan Sri Leonard Linggi Jugah, which had 24.9% equity interest; and Dennis Nicholas Melka and Graeme Iain Brown, who, with Linngi, controlled close to 60% of the company. Asian Plantations’ chairman was Tan Sri Leo Moggie, the current chairman of Tenaga Nasional Bhd.

The source explains some of the problems encountered by FGV. “The terrain is hilly and there are frequent landslides. The soil is shallow with a porous texture … landslides are common. The roads are logging ones, which cannot be used when it is raining — lorries cannot pass through, they are too slippery.

“There are many log bridges. These get swept away by floods. Overall, with these issues, not many workers can hack it there … there is a very high turnover of workers.”

In 2013 — a year before it was acquired by FGV — Asian Plantations posted an after-tax loss of RM32.76 million from RM74.85 million in sales. It had suffered losses for three consecutive financial years.

Wan Abdul Aziz, Ismee and Fazlur Rahman resigned in January 2015, a few months after the acquisition was completed.

Other than the directors, some members of the investment committee are also understood to be under investigation. However, details of who these individuals are are not known.

There are other ongoing investigations at FGV, but the priority seems to be the acquisition of Asian Plantations.

A market watcher says, “Remember, FGV was listed [five years ago] with a cash pile of RM5.09 billion. But since FY2015, it has fallen into a net debt situation.”

For its nine months ended September 2017, FGV registered a net profit of RM67.15 million from RM12.69 billion in sales.

As at end-September, FGV had cash and bank balances of RM1.45 billion, short-term borrowings of RM3.17 billion and long-term debt commitments of RM763.12 million.

FGV’s parent is the Federal Land Development Authority (FELDA), which has 33.67% equity interest in the plantation giant. It is worth noting that FELDA settlers make up the voters of as many as 54 constituencies.

At its peak, FGV hit an intra-day high of RM4.842 per share on July 6, 2012, just after its listing on June 28. Its market capitalisation stood at RM19.846 billion then, in contrast to the current level of RM6.5 billion, which means shareholders have lost more than RM13 billion in value.

FGV chairman Azhar is known to be a no-nonsense corporate leader. He left MRT Corp in August 2014, when he was CEO, on a matter of principle, when a construction site accident in Kota Damansara claimed three lives.

Be that as it may, it remains to be seen whether he will be able to crack the whip at a politically charged FGV.