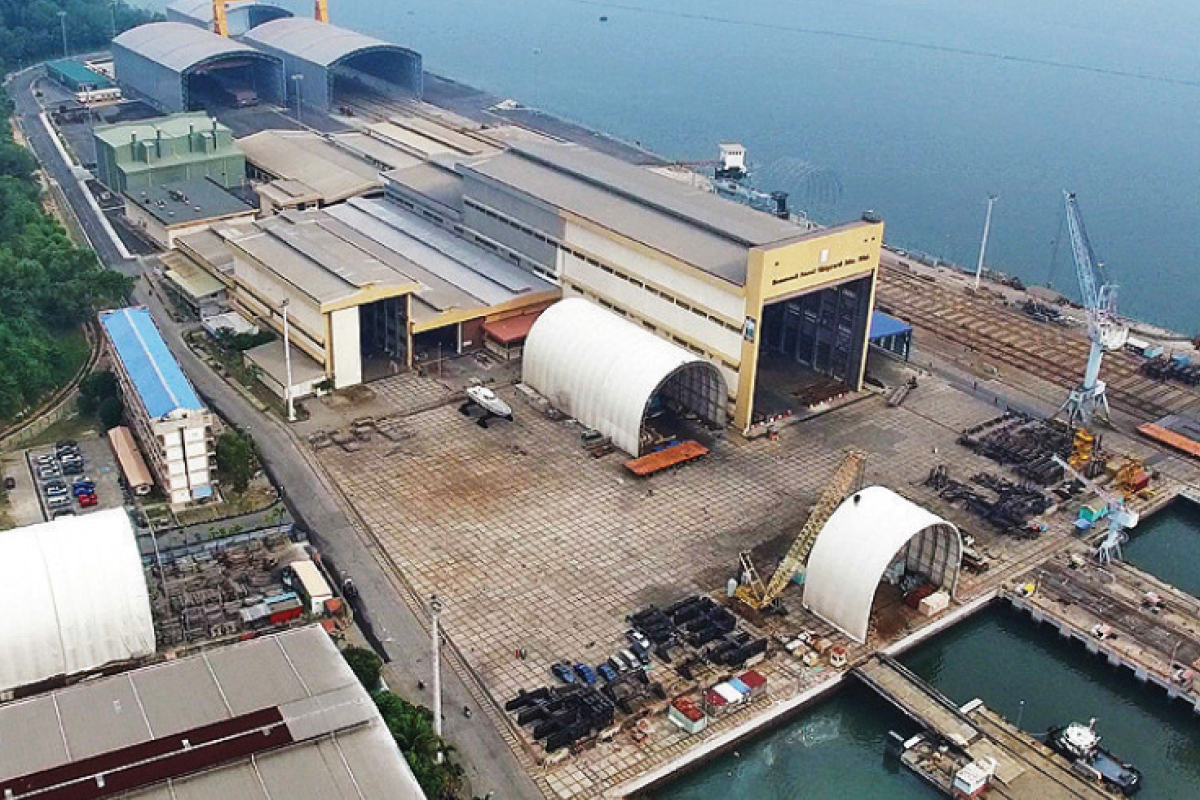 BOUSTEAD Naval Shipyard Sdn Bhd (BNS), a subsidiary of Boustead Holdings Bhd, is understood to be seeking a substantial amount of funds from the federal government to complete a RM9 billion littoral combat ships (LCS) project awarded sometime back, sources familiar with the matter say.

While details are scarce, a source says BNS could be seeking more than RM3 billion from the government to finish the project.

The LCS contract was originally slated for completion in 2019 and is hanging in the balance, with a large amount of funds already drawn down but none of the vessels completed.

Boustead Holdings, the 59.44%­-owned flagship subsidiary of the Armed Forces Fund, or Lembaga Tabung Angkatan Tentera (LTAT), had been awarded the contract for the procurement of six LCS slated for delivery in April last year. An audit was finally conducted 245 days from the date the project should have been delivered.

It was recently reported that Mindef was to take appropriate action against the company responsible for the delay and Defence Minister Datuk Seri Ismail Sabri Yaakob said Mindef was awaiting feedback from the company amid ongoing investigations on its failure to complete the project within the allotted time.

An attempt to contact Ismail Sabri on his mobile for an update on the matter was also unsuccessful.

Meanwhile, Dewan Negara senator and former deputy defence minister Liew Chin Tong in Parliament urged the government to conduct a forensic audit to trace the funds for the LCS project. According to Liew, findings by the government’s special investigation committee on procurement, governance and finance, RM1 billion of the RM5.94 billion that had been paid for the LCS project was untraceable.

“The government needs to consider injecting further funding to ensure at least four vessels can be obtained. But the injection must be preceded by a forensic audit to identify the cause of lost funds. In addition, we recommend that Mindef publishes the report by the government’s procurement, governance and finance special investigation committee on the LCS project,” Liew tells The Edge.

He points out that, based on the special committee’s report, with BNS’s total liabilities valued at RM1.758 billion, the LCS project’s remainder ceiling value of RM3.18 billion is insufficient to fund the project costs while servicing the liabilities of the company.

“Even with the additional funding of RM3 billion, there is no guarantee the amount [is enough to] complete all six vessels. Furthermore, the three options proposed do not address the untraceable RM1 billion from the RM5.94 billion that has been spent,” he says.

Whether BNS will be successful in obtaining fresh funds from the government remains to be seen.

A company search indicates that Boustead Holdings has a 68.85% stake in BNS, whereas Boustead Heavy Industries Corp Bhd (BHIC) via its wholly-owned Perstim Industries Sdn Bhd has a 20.77% stake. LTAT has 10.38%, and the Minister of Finance has a single share in BNS.

According to its financials, for its financial year ended December 2018, BNS suffered an after-tax loss of RM255.55 million on the back of RM1.07 billion in revenue. As at end-December 2018, BNS had total assets of RM1.61 billion and total liabilities of RM1.96 billion. It had also accumulated losses of RM476.87 million.

In July this year, Boustead Holdings announced that BNS had been served with a winding-up petition by MTU Services (Malaysia) Sdn Bhd, seeking RM56.04 million.

Boustead Holdings has not been faring well either.

The contract for the first batch of OPVs was awarded in 1999. Boustead Holdings stepped into PSC in 2005, taking over from Amin Shah. In the end, it delivered only two of the six OPVs and had huge accumulated losses.

See also “Chairman: Boustead is a ‘company in transition’” — Page 22