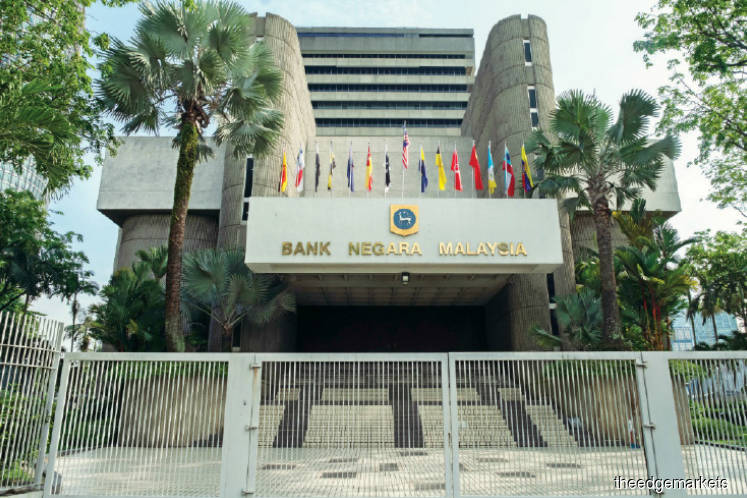 BANK Negara Malaysia has told banks it will postpone the issuance of a new reference rate framework (RRF) for the industry — basically, the reference rate for retail floating-rate loans — to “no earlier than 2021” and will grant various other forms of assistance to help take some of the stress off lenders amid these challenging times, sources say.

This came about after the Association of Banks in Malaysia and its Islamic counterpart wrote to the central bank, highlighting some of the issues they faced as a result of the Covid-19 global pandemic.

The banks urged Bank Negara to consider some of their requests for assistance, most of which have no financial implications, so that they can manage their resources more effectively and efficiently in these tougher times.

Industry sources say Bank Negara, in its response about two weeks ago, acceded to some of the requests.

Apart from allowing a deferment of the implementation of the new RRF, it also agreed to a full waiver of the fees charged to banks for extracting Central Credit Reference Information System (CCRIS) reports between June 1, 2020, and Dec 31, 2021, and a waiver of staff training expenditure spending requirement for this year, among other things. Banks are increasingly extracting CCRIS reports to get a better picture of the financial position of borrowers and guarantors.

“To some extent, these things will help to lower our operating expenditure for the year and we are grateful,” a bank CEO tells The Edge.

“But, there is no way it can sufficiently mitigate some of the hits we are going to take, such as not being able to charge additional interest on hire purchase instalments over the six-month loan moratorium period. Nevertheless, Bank Negara is giving us some leeway; they are doing their best to incentivise the banks to help customers during this difficult time.”

Details on the upcoming RRF are still scarce, however. The central bank has yet to issue a discussion paper on it.

“Bank Negara said the new RRF will be postponed to no earlier than 2021, with a transition period of no less than six months before [it] comes into effect. It said this is to allow sufficient time for the industry to implement the necessary system and process enhancements, to meet the requirements of the new RRF,” one source says.

However, Bank Negara also told the banks that pending the new RRF, any adjustment to banks’ base rate (BR) should only reflect changes in the overnight policy rate (OPR), with a full pass through of the quantum of change of the OPR to the BR.

Last December, The Edge reported that Bank Negara was looking at tweaking the reference rate for retail floating rate loans, or BRs, which are set by commercial banks according to their individual formulas. Citing sources, the report said the rationale for the exercise was to ensure that the impact of any interest rate movement would effectively filter down to the borrower.

“I believe it was meant to have been implemented this year. In the past, when Bank Negara cut the OPR by 25 basis points, it may not necessarily have translated into a reduction of 25bps in some of the banks’ lending rate because each bank has its own methodology for how they set the BR … and their methodology may not have a direct correlation to the movement in the OPR. This confused some of the borrowers. I believe, the upcoming RRF is meant to address that,” a banking source says.

Bank Negara has already cut the OPR three times this year, by a total of 100bps to 2%, and some economists are predicting another cut in July.

Meanwhile, Bank Negara is also giving some relief in relation to forward-looking macroeconomic forecasts that banks are required to make to measure expected credit losses under the MFRS 9 accounting standard. It is allowing lenders to use their December 2019 forward-looking forecasts for their March 2020 closing position. This is provided they do not have a March 31 financial year-end, and do not intend to declare dividends that quarter.

Bankers say this is helpful as it would have been difficult to make any reliable forecasts — such as GDP growth, unemployment rate, interest rates and the potential shape of economic recovery — by the March closing, given how fluid things were as a result of the pandemic. They expect to have better visibility on these factors by the June 30 closing.

Sources say Bank Negara, however, did not agree to the industry’s request for the central bank itself to prescribe a uniform macroeconomic forecast for consistency purposes. The central bank wants them to make forecasts based on their own credible sources of information.

Bank Negara’s relief measures come at a time when banks face weakening profitability. “Increases in credit costs amid deteriorating asset quality, and the contraction of net interest margins as a result of policy rate cuts, will weigh on profitability,” says Moody’s Investors Service in a May 28 report.