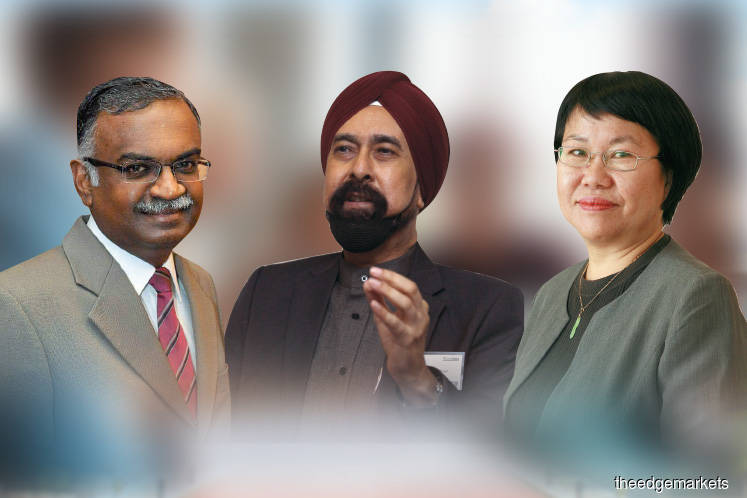 SM Thanneermalai, chairman of the board of trustees at the Malaysian Tax Research Foundation, says the prices of goods will come down, but the savings are expected to be marginal as the scope of the SST may be broadened.

“The government was collecting about RM17 billion under the SST before the GST was imposed in 2015. But now it is talking about collecting RM30 billion, which means it will have to increase the SST rate somehow or widen its scope,” he adds.

“Sales tax is a bit more confined to manufacturing companies as it is a single stage tax. Normally, the manufacturer charges the sales tax at the last point of the transaction — when he sells to the wholesaler or retailer. So, the consumer will not see it in the bill as it is included indirectly.”

As far as services go, few had qualms about the 6% GST in the past, says Thanneermalai. However, this may change if the scope of the SST is widened.

“Take rents. If you had been renting commercial property and your revenue exceeded the RM500,000 threshold stipulated under the GST, you would have had to charge GST. As far as the SST goes, we did not have a service tax on rents in the past,” he adds.

Going by previous standards, the SST was only levied when people consumed goods and services that were subject to the tax. “For instance, assuming that SST is levied on restaurants with an annual turnover of RM1 million (the prescribed threshold for restaurants previously), I will have to bear the SST if I patronise these establishments. If I do not wish to bear the SST, I will have to eat at hawker or mamak stalls instead,” says tax trainer and coach Yong Siew Chuen.

Under the proposed plan to reintroduce the SST, the Pakatan Harapan (PH) government expects to generate RM30 billion in revenue as opposed to the RM44 billion collected under GST by the previous administration. “That means an estimated RM14 billion will remain in the pockets of the rakyat,” says Thanneermalai.

Yong says that unlike the GST, the SST is not ubiquitous. “This means the majority of the rakyat are not burdened with the collection and payment of this tax. The persons tasked with charging and collecting the SST are importers, manufacturers, businesses and commercial establishments, such as hotels, restaurants and professional and technical services firms.”

The repeal of the GST Act 2014 was the government’s number one promise during the 14th general election. Upon taking the helm from the previous administration, Prime Minister Tun Dr Mahathir Mohamad announced that the GST would be zero-rated effective June 1.

The Barisan Nasional government had replaced the SST with GST in 2015, partly to gain additional revenue to make up for the shortfall in oil revenue following the massive drop in crude oil prices at the time. PH pledged to reverse the process, arguing that the “blanket” tax contributed to the higher cost of living.

Improvements should be made to SST

But the SST need not be exactly the same as before, says Yong. “Whatever shortcomings or bugs in the former system, this is a golden opportunity to fix them in the new system that will be implemented,” she adds.

“There should be a positive list, with only the items and activities that are subject to SST. Anything not listed will be outside the scope of the tax.

“This will facilitate an outcome that is targeted, that is, only the goods and services that are intended to be subject to SST are taxed. There will be less conjecture, grey areas and inadvertent or unintended taxation.”

Yong proposes that multiple rates of SST be established for the various goods and services so that items such as luxury goods and services are taxed at a higher rate. “As the SST is levied at the point of import, that is, when the manufactured goods leave the factory, the tax base is smaller than the value-added base. So, maintaining the previous 10% is reasonable,” she says.

However, no matter the rate at which the SST is fixed, the authorities need to put in place stringent price controls and monitoring measures, stresses Axcelasia Inc chairman Dr Veerinderjeet Singh. He says one of the main issues that led to the decision to repeal the GST Act was the rampant increases in the price of consumer goods and the lack of conclusive reasons that caused the hikes.

Replacing the GST with the SST may bring some of the cost of consumer goods down, but it does not mean it will stay that way, says Veerinderjeet, who is the former president of the Chartered Tax Institute of Malaysia and the vice-president of the Malaysian Institute of Certified Public Accountants.

“Under GST, the price [of goods] increased, but you did not get a solid explanation as to what led to the increase. Besides the 6% that we paid, prices seemed to have gone up even more,” he points out.

“The actual issues surrounding the GST was that the retail prices seemed to have got out of control. There was very poor monitoring of the increase in prices and this is the only lesson you learn from the implementation of GST — the managing of retail prices.”

According to Veerinderjeet, the increase in the price of consumer goods was not entirely caused by GST but also global factors such as the increase in commodity prices and changes in the foreign exchange markets.

“The bad public relations exercise to do with the GST, coupled with the poor management of price increases because there is no effective price watchdog on consumer prices in Malaysia, is the real problem.”

The Anti-Profiteering Act should continue to be enforced under the SST, says Veerinderjeet. A more draconian option would be to introduce price control measures for a period of time. But this could hurt the economy as it would be seen as curtailing free enterprise.

“This is not seen as fair in a democratic society. But given the increase in the cost of living, this has been the number one concern in the minds of the people. These draconian measures may be needed and could be the best way forward to at least ensure there are no indiscriminate price increases,” says Veerinderjeet.

“But you need to have exceptions. For example, in cases where someone is selling imported products and the price has gone up but you say the price must be fixed at this amount, then you are curtailing free enterprise. But I think this is one measure that is worth thinking about.”