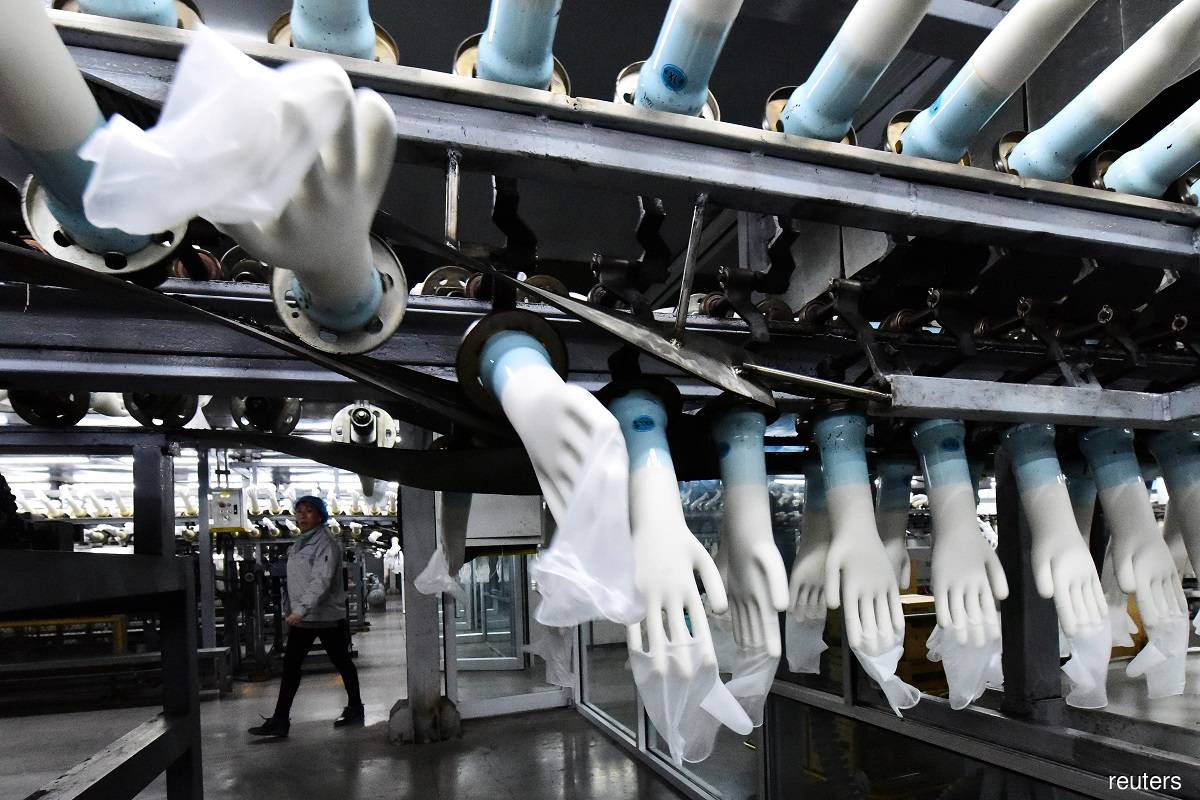 In percentage terms, Kanger led the declines. The company, which has been courted by Dubai-based Constellation Holdings Ltd to set up a rubber glove business in Malaysia, saw its shares decline by as much as 28.3% to an intraday low of 19 sen.

Year to date (YTD), Kanger shares are up 50% from the start of the year when it stood at eight sen.

Elsewhere, Inix, which has been making headlines after acquiring a factory in Negeri Sembilan to set up a rubber glove business, fell by as much as 22.06% before staging a recovery.

This gave the glove-dipping line manufacturer a market capitalisation of RM722.58 million. On top of that, it was the 12th-biggest loser on Bursa today. On a YTD basis, HLT shares have soared by 633.33%.

AT Systematization Bhd emerged as the ninth-most actively traded counter with 136.41 million shares changing hands. The firm, which has plans to acquire six glove-dipping lines, finished at its intra-day low of 8.5 sen, falling 5.56% or half a sen. YTD, it is up by 125%.

Titijaya, which has announced plans to enter the personal protective equipment and rubber glove business, finished 4.9% or 2.5 sen higher at 53.5 sen, valuing the company at RM726.74 million. It saw 16.42 million shares done.

CE Technology, a cleanroom player listed on the LEAP Market, closed unchanged at 90 sen, valuing the company at RM311.5 million.