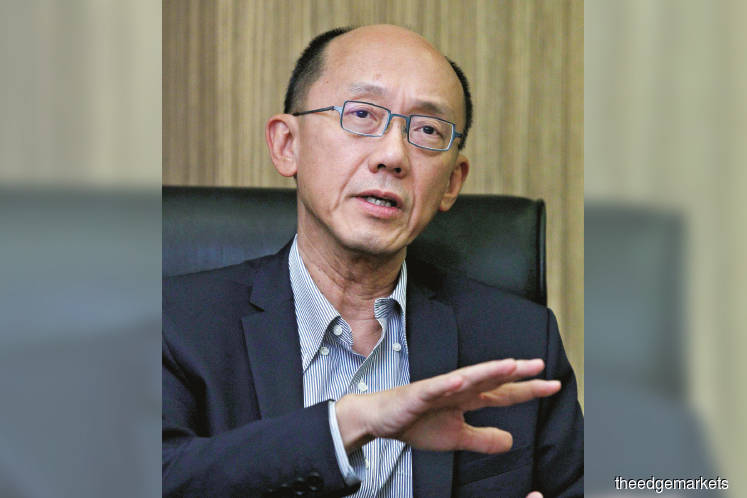 Kee: For us to grow revenue rapidly, the quickest way would be to win some larger tenders or government sector tenders. So we are working on those. Photo by Kenny Yap SUBANG JAYA: Apex Healthcare Bhd, which currently sells only 10% of its products to the government sector, is all set to boost the percentage following the completion of its new manufacturing plant in Melaka, known as SPP Novo.

“Before this we could not take advantage of large volume production as we did not have the facilities, especially to cater to tenders in large markets or contract manufacturing. So now we are able to get into this space.

“For us to grow revenue rapidly, the quickest way would be to win some larger tenders or government-sector tenders. So we are working on those,” he told The Edge Financial Daily.

Kee explained that tenders for supply of drugs in the government sector come out throughout the year. “There are many items. So it’s not one big job. The tenders come out from time to time so we keep bidding,” he said.

As at end of 2018, Apex Healthcare had more than 600 products, comprising a range of pharmaceutical, consumer healthcare, medical and diagnostic products in key therapeutic areas.

Malaysia accounts for 70% of Apex Healthcare’s revenue currently, followed by Singapore, Myanmar and Hong Kong. In addition, the group also exports to 12 other countries.

The RM83 million oral solid-dosage plant was completed at the end of 2018 and subsequently received regulatory approval to start commercial production in May.

With a built-up area of 19,406 square metres, the plant has space to fit six production lines and can sustain the group’s growth for at least seven to eight years, said Kee.

“So far we have only just fitted one. But just by fitting one we have doubled our capacity. So there is a lot more we can produce as our business grows,” he said.

Kee said despite factoring in depreciation and finance costs on the new start-up which ate into the group’s net profit for the quarter and cumulative six-month period ended June 30, the amount did not exceed what the group incurred over the six months.

“It costs about close to RM1 million a month just to maintain the plant. That’s about RM6 million for the six-month period. But our profit did not fall that much. Our core businesses continued to grow and our revenue was up by 4%. In fact if we were to adjust for a one-off non-recurring item or removing the impact of the start-up cost, we would have posted a profit,” he said.

Even with the new fixed maintenance cost, Kee said he is confident the increased capacity from the new plant would be able to offset this as he anticipates higher sales in the years to come. “From the first line alone, we anticipate it can give us the capacity to sell RM50 million to RM75 million more,” he said.

Apex Healthcare has consistently posted a growth in net profit and revenue over the last 18 years (see chart) since its initial public offering (IPO) and Kee is confident that this trend will continue this year.

The group does not have a fixed dividend policy but Kee noted that it has been paying dividends to shareholders twice a year since the IPO, amounting to 30% to 40% of net earnings.