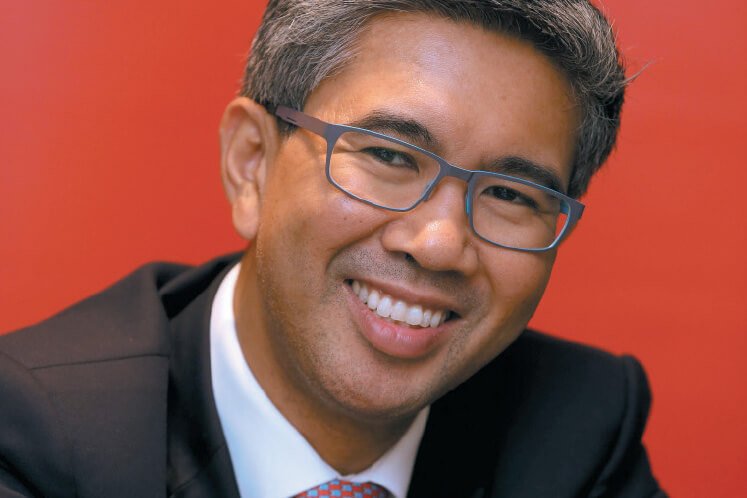 KUALA LUMPUR (May 23): Consumer behaviour has possibly changed due to the Covid-19 pandemic, making the new normal permanent, something retailers need to prepare for to help the economy recover.

The minister made these remarks during an exclusive interview with Bernama for the Malaysians United vs Covid-19 documentary, which makes its debut tonight at 8.30pm on Bernama TV.

In order to stem infections and not overwhelm the healthcare system, the government ordered businesses to be shuttered and the public to shelter at home starting March 18. The move has helped to flatten the curve but cost Malaysia an estimated RM2.4 billion a day in lost wages.

On May 4, the country started reopening its economy with the conditional movement control order (CMCO), with some industries such as manufacturing and construction being allowed to operate based on normal operating capacity and operating hours.

As Malaysia is dependent on consumer consumption for gross domestic product (GDP) growth, he said it is important to adapt to the psychology of consumers and see how Covid-19 had affected their behaviour.

He also cautioned against having unrealistic expectations as it would take time to restart the economy.

“If you go to a mall, you can see people are slowly going out again, but it takes time because the psychological impact of Covid-19 or the MCO has been such that people are very careful of going out and they only go out if they need to.”

Part of the response is adopting and adapting to e-commerce, which has seen more traffic and purchases since the MCO started. He said new buyers now account for 40% of all online sales.

“Who is to say that this 40% will stop buying [online] just because the shops are open? They are now comfortable buying online; this could be the new normal even after getting the [Covid-19] vaccine,” he said.

Part of revitalising the economy includes people having money to spend, which is where the economic stimulus package — with its RM13 billion wage subsidy programme — comes in.

He said it was too early to judge the effectiveness of Bantuan Prihatin Nasional (BPN) but he believed it had successfully stemmed economic losses.

The number of approved BPN recipients to date had exceeded 11 million, he said.

Citing data from the Department of Statistics Malaysia (DOSM), he said the government managed to keep unemployment rate at 3.5% in the first quarter of this year, although it is likely to increase to around 7% by year end.

He said analysts had pegged it to some sectors experiencing slower recovery. As such, skills retraining is very important.

“We need to make sure our people, the rakyat, are being supported with the right skill sets to remain relevant during the recovery period and, of course, in the reform period as well,” he said, referring to the final stages of the government’s six-phase plan to improve the economy in the wake of Covid-19.

When asked how falling oil prices would affect the budget deficit in 2020, he said Malaysia had enough capacity to absorb any shortfall in revenue.

He said the government had to recalibrate Budget 2020 based on the current oil price of US$35 (RM152.72) a barrel, with this year’s deficit forecast rising from 4.5% to 4.7% assuming oil prices remain stable. Budget 2020 was tabled in October last year with the assumption of crude oil prices averaging US$62 per barrel.

“This (budget deficit) is not the highest point for Malaysia. We have the capacity … it was already high before (during the global financial crisis) and we had the discipline to reduce it all the way down to 3.4% [last year],” he said.

In conclusion, Tengku Zafrul said the most important thing is for Malaysians to take care of each other, employers and the people alike. Without its people, there would be no economy.

“At the end of the day, in the balance between life and livelihood, life always comes first. And it’s important we never forget that,” he said. “[As for] the economy, you can fix [it], but once you lose a life, it’ll never come back.”